We Heart: This Video About the Notorious RBG - Ms. Magazine
Skip to content

The Jewish Daily Forward has just released a charming, informative video about one of feminism’s biggest heroes: Justice Ruth Bader Ginsburg. It features a short talk about her life and work—especially her role as a key dissenter, as in the recent Hobby Lobby case—by NYU law student Stana Knizhnik, creator of the  Notorious R.B.G. Tumblr.

“Oh yes, I definitely have an intellectual crush on Ruth Bader Ginsburg,” says Knizhnik. Among other reasons why she loves Ginsburg (a fellow Jew) is for “just being a badass.”

Knizhnik closes the video—which also includes delightful photos of young R.B.G.—with the news that Justice Ginsburg knows about the Tumblr and the Notorious R.B.G. T-shirt. (Perhaps she’s even seen some of the fabulous R.B.G. Halloween costumes that you can find on the Tumblr.) Says Knizhnik, “She really appreciates her newfound Internet celebrity.”

Photo of RBG from Wikimedia Commons 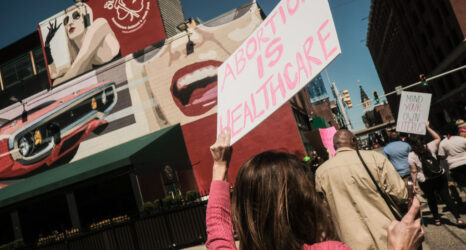