Where is the girl of June who skipped and ran
along the feather lane of birdy hill?
I’d like to give her my last daffodil.
She’s lost on river road where she began.

But what if a girlie calendar is designed with a lesbian gaze in mind? That sort of subversion is what lesbian poet Mary Meriam has in mind with the title of herpoetry collection, Girlie Calendar, and for the Ms. Blog she is excerpting from the book a poem-of-the-month (she began in October and continued in November, December, January, February, March, April and May). Meriam is also selecting accompanying artwork for each month from both historical and contemporary lesbian-related images.

June’s artist is the American expatriate painter Romaine Brooks (1874-1970), who was renowned for her monochromatic paintings but was equally skilled at painting in color. In the 1912 work “Femme avec des Fleurs” (also known as “Spring”), Brooks explores themes of female sensuality and considers her own claim on the body of her lover, the famous performance artist and Lady Gaga of her era, Ida Rubinstein.

Spring is an allegorical vision of natural fertility and growth. In it, we have a stunning example of Romaine Brook’s subtle use of color in the landscape. Take, for instance, the pale alabaster of Rubinstein’s skin, the whiteness of the doe in the background, the paper-white birches and the white flowers at her feet—all of these ironically represent modesty, chastity and purity. Brooks’s choice of colors denotes Rubinstein in chaste lushness, epitomizing her as an immaculate creature of the natural world. Brooks depicts her as a kind of pagan Virgin Mary. The figure’s downcast eyes and the garland of flowers, flowing from her hand and spilling onto the grass, reinforce this reading of the painting. This surprisingly colorful expression of unsullied spirituality is a Sapphic fantasy of a purely feminized environment, untouched by man, where lesbian desire has free range.

Permission to reprint Brooks’ painting from its owner, Lucile Audouy.

About Mary Meriam and Cassandra Langer

Mary Meriam advocates for the right of women to love each other in their poetry and art, and strives to give their work a place at the table. She writes about and publishes such work in the journal she founded, Lavender Review, at the press she cofounded, Headmistress Press, and at Ms. magazine, The Critical Flame, and The Gay & Lesbian Review. Her poetry collections, The Countess of Flatbroke, The Poet's Zodiac, The Lillian Trilogy, and Lady of the Moon, honor a cosmos of strong, creative women. Her latest collection, My Girl's Green Jacket, was published in 2018, and her poems have appeared recently in Poetry, Prelude, Subtropics, and The Poetry Review.
Art historian and critic Cassandra Langer became the accidental biographer of Romaine Brooks when a search to uncover the artist’s aesthetics led her to rethink the flawed narrative of Brooks’ life. After decades of research, her work led to the discovery of authentic source material never before translated from the original French. These discoveries turn history on its head to reveal a very different Brooks from the dark, subversive, and antisocial image painted by biographers. Langer's biography, Romaine Brooks: A Life, is forthcoming from the University of Wisconsin Press. 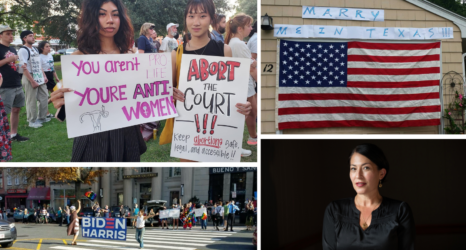 Ms. Muse: ‘Only Freeish’ in America