If you’ve seen Jill Soloway’s Amazon show Transparent, you know why fans and critics alike are anxiously awaiting the Season Two premiere on Dec. 11. And if you’re still not on the Soloway bandwagon, you may decide to jump aboard after reading about the showrunner’s commitment to trans activism, and her take on modern feminism.

Soloway appeared on PBS’ “The Open Mind” earlier this month and spoke about why she created the show and what it means to be an artist-activist.

Read some of our favorite quotes from the show, then watch the whole conversation in the video below:

“I feel like feminism has been at a bit of a dead end for the past, I don’t know, five or 10 years, where feminists have been fighting about things like whether or not Emma Watson is a feminist, whether or not Beyoncé is a feminist. … The sex-positive thing ended up causing some real trouble for feminism. When I came up in women’s studies, it was all anti-porn, and now the sex-positive feminists came to the forefront. These huge questions about porn, about consent, about beauty standards, about gender presentation, about gender, trans [issues], trans women and lesbians have been in a bit of a standstill. So I think that feminism is just about to break open into a place where there can be a lot of inclusivity and a lot of conversation and hopefully a lot of excitement.”

On Transparent‘s place in the trans civil rights movement:

“As we started to put the show out into the world, we recognized how important the show was to the civil rights movement of the trans community. [The number of] laws that still have not been changed [is huge]; it’s perfectly legal to discriminate against trans people in a majority of the states. You can say to somebody, ‘No you can’t have this apartment because you’re trans. No, you’re actually getting fired because you’re trans. Oh you can’t use either restroom actually because you’re trans.’ That’s legal in most states. … I worked hard to make sure that if we won [a Golden Globe], I would be able to speak clearly and speak open-heartedly about love and about compassion and connection with the trans community.”

“A lot of times when things change in the world of politics, they happen culturally first, they happen with the artists first. Arts and culture can change people, and then the people can make [political demands]. … It was really cool to hear Obama say the word transgender for the first time in his speech a few weeks ago, and I had people Facebooking me saying, ‘It’s because of your show.'”

On the future of feminism:

“There’s still so much work to be done for women and people of color, queer people and people who are otherized every single day to keep white men feeling comfortable with their privilege. I mean, giving up privilege is really hard. And you know, white cismales … have had power for hundreds of years, thousands of years—they’re not giving it up easily. All of the people who are otherized so that white people can have power, or white cismales can have power—women, people of color, queer people, trans people—are slowly but surely asking for the privilege of protagonism. Whether that means as a character on a television show, as a writer, as a director, running a company, running a country, running a state. This is just starting. We’re nowhere near finished. We’re only just beginning, and I hope I get to live to see some of it really change.” 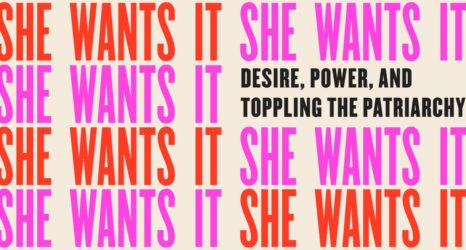 The Top Five Feminist Moments From the 2015 Emmys