Princess Leia’s Feminist Agenda: Yeah, She Had One – Ms. Magazine
Skip to content

Reprinted with permission from The Broad Side

In 1977, the year Princess Leia hit the big screen in the original Star Wars movie, the National Women’s Conference was held in Houston with a galactic agenda that included the Equal Rights Amendment (ERA), reproductive rights, the nuclear family, child-care funding, sexual orientation and the rights of disabled, minority and aging women.

While these women discussed issues that still linger at today’s political front lines, little girls were fighting on the playground to be the best Princess Leia they could be. For Generation X women like me, Leia was one of the first feminists we knew in the movies. She was smart. She went toe-to-toe with Han Solo. She didn’t stand by helplessly waiting for anyone to save her. In fact, if that had been her in the Mos Eisley cantina instead of Han, she definitely would have shot before Greedo said more than five words.

With The Force Awakens-mania hitting fever pitch this week and Carrie Fisher returning as Leia, who now commands the military rank of general, here are some of Leia’s most kickass feminist moves in the original trilogy:

— Within minutes of the opening scenes of Star Wars, Princess Leia meets Darth Vader’s stormtroopers before Han or Luke. The stormtroopers attack her ship, Tantive IV, and an unidentified stormtrooper spots Leia who has hidden herself in an alcove. He aims at Leia, but she draws her blaster and shoots him dead. We know immediately she is a feisty force. Score one for the princess who doesn’t give up without a fight.

— Alas, Leia is captured by Darth Vader and taken to the Death Star. Enter Han and Luke, who rescue Leia from Cell 2187. I would argue that she would have eventually figured out a way out of there, but who doesn’t love a damsel in distress on the big screen? “You’re a little short for a Stormtrooper, aren’t you?” she sasses Luke as he rescues her from that cell. Not exactly a thank you, is it? Trouble quickly ensues, and the trio finds themselves in dire straits with stormtroopers. But it’s Leia who devises the escape plan by blasting a hole into a vent that leads to a garbage chute. Go Leia!

— Leia’s sassy insults and commanding wit in the first Star Wars movies showed that she wasn’t going to be a ditzy female who was looking for love throughout the galaxy. However handsome Han Solo was, Leia wasn’t going to be at all tempted or intimidated by his looks or swagger. Her unwavering sarcasm gave girls some one-liners that we still used today. Example: “Why, you stuck-up, half-witted, scruffy-looking nerf-herder!”

— In the 1980 film The Empire Strikes Back, Leia returns leading the troops on the icy Hoth and ditching the iconic white dress for a combat jacket, pants and boots. A much-unnoticed thing in that movie says a lot about Leia: She can weld. In one scene, she works on a control panel, and moments later, Han kisses her in the now-famous romantic scene. Lesson here? Guys do make passes at girls who wield blowtorches.

— Who needs a boy to fly the Millennium Falcon? Not Leia. At the end of Empire, Leia co-pilots Han’s light freighter with Chewbacca while Han is frozen in carbonite. She barks orders at Chewbacca like a seasoned pilot so Leia fans assume—and I don’t think wrongly—that she previously flew some sort of spacecraft. Yeah, that was before Sally Ride went to space.

— Return of the Jedi, released in Reagan-era 1983, finds Leia rescuing Han, the love of her life, from the evil lair of Jabba the Hutt. She impersonates Boushh, a male Ubese bounty hunter who was dead, in order to infiltrate Jabba’s palace. She fools the disgusting villain and frees Han but is captured. Yes, she becomes a slave girl and wears the infamous gold bikini, but she also doesn’t need a guy to help her escape. Using her own smarts, Leia chokes Jabba to death with the chain he had used to keep her hostage. Never let something like a skimpy bikini stop you from doing what needs to be done.

Sure, Leia landed on Endor amid ewoks and showed her feminine side in Jedi by falling—and falling and falling some more—in love with Han. But what’s wrong with a heroine finding her match? Nothing, especially if she does it on her own terms. If Leia’s legacy is anything besides the iconic buns on the side of her head, it’s that she taught girls to throw—not toss—hard balls with the boys and never ever play dumb even to land a scruffy-looking nerf-herder.

More from The Broad Side:

It’s Not Her Fault You’re Distracted by Her Outfit

Why Are British Feminists Being Called Islamophobes?

Exploring the World of Girl Gamers

Suzi Parker, TBS’ cultural writer, is an Arkansas-based political and cultural journalist and author of Echo Ellis: Adventures of a Girl Reporter, Sex in the South: Unbuckling the Bible Belt and 1000 Best Bartender’s Recipes. She writes frequently for The Christian Science Monitor, The Economist, The Daily Beast and numerous other publications. Follow her on Twitter @SuziParker. 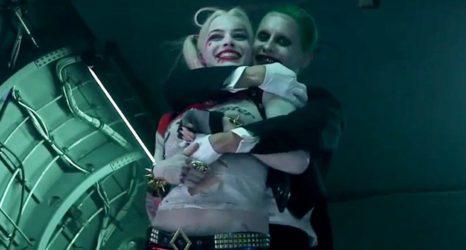 The Ms. Q&A: The Women Behind “Pandora’s Box” Want You to Talk About Menstruation

How Midwives Could Improve Maternal Health Outcomes in the U.S.
Abortion Care is Health Care—and We Must Protect It
Feminists in the House are Fighting for ERA Ratification