I couldn’t turn over in bed.

My head would lift a bit, I could get part of a shoulder up, but even when I groaned with effort, my spine didn’t budge. My muscles weren’t responding to my brain’s requests.

My brain itself wasn’t functioning so well either. It felt swollen, as if it were trying to push out my eyeballs. Speaking required spearing the words one by one before they scampered out of my head. Thinking hurt, so mostly I didn’t do it, retreating into a twilight zone, alive but not living.

Until a year earlier, I’d managed to live a full if constrained life in spite of my decade-long illness. I’d applied every bit of determination I could muster to build my career as a science writer, to be a good partner, to hold on to my dreams and ambitions, despite getting stuck in bed unpredictably for days or weeks. But now I was too sick to even care for myself. I had run out of medical treatments after going to the top specialists in the world. Not only that, but I was running out of money, and I’d watched fellow patients repeatedly get turned down for disability payments. I felt as though I’d fallen off the edge of the earth.

The very name of the illness that had so totally derailed my life sounded like a joke, as if it were nothing more than ordinary life in our too-fast age, the complaint of someone too lazy to keep up. The words stung my lips with insult: “chronic fatigue syndrome.”

Though I felt like I was suffering in my own private hell, more than a million Americans shared my fate. Worldwide, the number is estimated at between 17 and 30 million. Though the disease has been characterized as the “yuppie flu,” it is more common in poor people. It occurs in all racial groups and ages but most of us are women—around 80 percent.

Hidden in these numbers is astonishing suffering. Patients with chronic fatigue syndrome (CFS) have the lowest quality of life and greatest disability of any disease tested, including lung disease, rheumatoid arthritis and heart disease. A quarter of us are homebound. In 2014, a quarter of Canadian patients had less than $20,000 a year in income, and more than a quarter lived with food insecurity, the highest rate of any disease. Because CFS can disable people for decades, its economic impact is huge: In the U.S., it accounts for between $18 billion and $24 billion per year in medical costs and lost wages.

But public health agencies have treated chronic fatigue syndrome as if it were the jest the name suggests. The Centers for Disease Control and Prevention (CDC) chose and promulgated that insulting name even though internationally the disease is more commonly known as “myalgic encephalomyelitis” or ME (literally meaning “muscle pain and inflammation of the brain and spinal cord”). The CDC then worsened its mistake by using absurdly broad definitions of the disease that include many people who are chronically tired but don’t have CFS at all, scrambling the research and confusing doctors. In particular, their definitions don’t require the hallmark symptom of the illness: Even slight exertion can exacerbate all the other symptoms of the disease. And medical schools rarely train doctors about ME/CFS at all, so few patients can get skillful medical care.

Also, for years the National Institutes of Health (NIH) invested only $6 million a year in research on ME/CFS—six bucks a patient. To be comparable to other diseases with a similar impact, that budget would need to be $150 million or more. In 2000, the disease was moved to the Office of Research on Women’s Health, even though some 200,000 men have the disease, and the funding dropped immediately and steadily. Contempt for the illness at the CDC was so great that even when the U.S. Congress set aside money for ME/CFS research in the 1980s, the agency used that money for other purposes—and then lied to Congress to cover it up.

Furthermore, much of the pitiful bit of research money has gone to scientifically flawed studies claiming that the disease was substantially psychological. In 2011, the crown jewel of such studies was published in The Lancet and ballyhooed in the media worldwide: the $8 million British PACE trial, which claimed that psychotherapy and exercise could help or even cure CFS. None of the news articles mentioned the shocking scientific flaws in the study, including, most amazingly, that patients deemed “recovered” could have gotten both more fatigued and more disabled over the course of the trial.

Psychotherapy and exercise became the worldwide standard of care, backed by recommendations from the CDC, the Mayo Clinic, Kaiser Permanente, UpToDate, the British National Health Service and many others. Those recommendations aren’t just useless but potentially dangerous, given that the chief symptom of the disease is that exertion can make patients worse.

“When I got into this, I was like, ‘Are you kidding me?’” says Mary Dimmock, a biochemist who retired from a 31-year career in research and development in the pharmaceutical industry after her son was disabled by ME/CFS. She became an advocate and wrote Thirty Years of Disdain: How HHS and a Group of Psychiatrists Buried Myalgic Encephalomyelitis. “This isn’t science or medicine as I had come to know them,” she writes, “but rather a parade of psychogenic bias, neglect, bad science, flawed public policy and the political agendas of powerful people and institutions that have sentenced ME patients to the medical equivalent of the most squalid slum in the poorest country on earth.”

Carol Head, president of the Solve ME/CFS Initiative, likens the situation to the way that autism was once blamed on cold, unloving mothers. “I think similarly people will be ashamed of the views they had of ME/CFS in 2017,” she says. The dismissiveness arises partly, she says, because it is a genuinely complex illness that isn’t yet diagnosable with an objective test. But the stigma is also driven by the trivializing name—and the fact that it predominantly affects women.

“We all live in this myth—it’s 2017, this can’t still be happening!” Head says. “It’s clear to me that it is with this disease. This is one of the areas where women tend to be marginalized.”

This is an excerpt from a feature in the Winter issue of Ms. Subscribe today to read the rest and become a member of the Ms. community.

Unrest, a documentary about ME/CFS, will be broadcast on PBS/Independent Lens on January 8th. If you are able, you can join the Solve ME/CFS Initiative in hosting a small screening in your home between January 5 and 14. Hosting your house party is free, and their team will help you every step of the way. Sign up here to get started!

Julie Rehmeyer is a contributing editor to Discover and the author of Through the Shadowlands: A Science Writer’s Odyssey Into an Illness Science Doesn’t Understand. 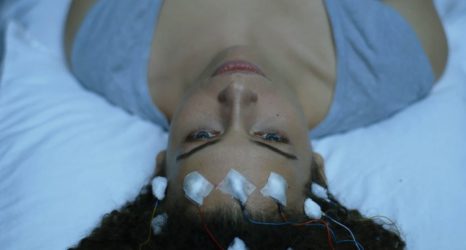 A Woman Who Dared—With ME