The world needs women-owned businesses. Women entrepreneurs create jobs and contribute to gross domestic product (GDP) across the globe. At home, women are more likely than men to invest their income in education, nutritious food, and health services, leading families out of poverty. “If women and men participated equally as entrepreneurs,” according to The Boston Consulting Group,  “global GDP could rise by as much as 2 percent, or $1.5 trillion.”

Yet women are less likely to run businesses than men, especially in low-income countries; those who do are often in low-growth sectors like street vending or home-based work, which traditionally turn little profit. What’s holding women back from small business success? In some cases, it’s a lack of personal and professional relationships, or networks.

Sambath, a mother of two, is among a vanguard of women in rural Cambodia betting on business success in the growing local sanitation market. “I was a farmer, selling chickens and pigs,” she explains. “But I saw the growing demand for toilets in the villages. I knew that selling toilets would help my family.”

Sambath launched her new business through WEwork, a women’s training and networking program run by  WaterSHED, a regional organization building sanitation markets and supply chains. But Sambath began with a small, more family-centered network than what is typical for men–a major barrier to starting a business. She struggled to access credit, purchase materials and transport her first toilets to market. Initial research showed that women in the program had very small professional networks, and almost 40 percent sought business advice from just one person (often their husbands), or no one at all.

Sambath turned to her growing professional network to problem solve, access capital, and build her customer base. After 18 months in peer groups, Sambath and her colleagues grew their business networks from an average of two to nearly six people, significantly increasing their contacts beyond the household. In one year, Sambath went from a few toilet orders to over 20 a month. That’s for good reason: businesses owned by women who utilize their networks are 38 percent larger than those of women who do not.

Women’s Village Savings and Loan Associations (VSLAs)–groups of 15 to 30 women who pool their money to support business ventures–have a long history of building women’s social capital and income in innovative ways.

The group model has had dramatic results for rural women: 70 to 90 percent of women adopted new farming techniques, helping families increase crop yields by up to 300 percent–even in the face of severe drought, floods, and other destabilizing factors like localized conflict. Women generated close to $7 million from crop revenue, and received over $2 million in association loans. The Bill & Melinda Gates Foundation heralds these self-help groups as key drivers of women’s economic empowerment in their new gender equality strategy.

But VSLAs go beyond savings and business skills: group members also tackle local gender norms that stifle women’s economic potential, and may keep families in poverty. “When you told your husband that you want to open an account, he taunted you. ‘What are you worth? You dare open an account and apply for a loan?” said one woman in a farming community in Burundi.

In these farming communities, men join women from the VSLA in gender dialogues, using tools and exercises to discuss disparities and create a collective image of an “empowered woman.” As new ideas take hold, more Burundian women see themselves as economic actors and income generators. They take loans to expand farming, or to start in typically male work like driving bicycle taxis. “An empowered woman works to have her own income and her own goals,” has become a VSLA mantra.

Group models like these in Cambodia and Burundi support women entrepreneurs as they expand from startups to full-fledged, profitable businesses. Women’s networks provide a platform not just for poverty reduction and economic gain, but growing gender equality.

And as more women coach and mentor fellow business owners, they encourage each other to be more confident and set higher business goals. “We women can also do it,” says Sambath, the Cambodian pioneer. “In business, women can think differently from men… and earn extra income.” She’s buying a second truck to take her business to the next level–and coaching other women to start theirs.

Janita Bartell is the Research and Learning Manager at WaterSHED. She specializes in social research and has worked with a number of development organizations including the World Food Programme, the Overseas Development Institute and Brot für die Welt. Before moving to Cambodia in 2014, her work and studies spanned across the U.S., Tanzania, Peru and the UK, where she developed a keen interest and understanding of the social dynamics that drive people’s behavior and how they manifest into tangible outcomes such as wealth distribution or health. Janita holds a BA and an MSc in Sociology from the University of Oxford.
Emily Hillenbrand is Team Leader for the Pathways Program at CARE, a flagship initiative funded by the Bill & Melinda Gates Foundation that aims to empower and increase the productivity and empowerment of 52,000 poor women smallholder farmers in more equitable agriculture systems. Emily’s work and research focus is on integrating gender-transformative approaches to food and nutrition security programming. She has expertise in leading and designing qualitative approaches and participatory processes to assess gender behavior changes at intra-household and community levels. She has co-produced several training curricula and published a number of articles and presentations related to gender and food security. She holds a MA in Women, Gender and Development from the Institute of Social Studies in the Netherlands. She has previously worked as Regional Gender Advisor at Helen Keller International (HKI) Asia-Pacific Regional Office, and as Program Manager and Gender Technical Advisor for HKI Bangladesh.
Naziha Sultana is an Associate for the Gender, Economic Empowerment, and Livelihoods portfolio at the International Center for Research on Women (ICRW), where she conducts research on topics around women’s economic empowerment, and participation in the labor force, agricultural supply chains and enterprises. Prior to joining ICRW,she worked at the International Organization for Migration in Bangladesh, where she managed projects on labor migration and conducted research on labor migration, trafficking and migrants’ rights. Naziha holds an MA with a focus in economics and gender from the Fletcher School of Tufts University in Massachusetts, and an MA in Development Studies from BRAC University in Dhaka, Bangladesh. 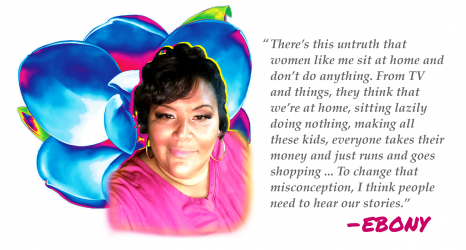