Politics is on the Menu at Hell's Backbone Grill - Ms. Magazine
Skip to content

Restaurant owners are making headlines as they navigate the turbulent waters between business and politics: How to handle protesting customers? To serve or not serve Trump’s loyalists? Should professionals publicize their personal views?

But for two women restaurateurs in a rural Utah town, the road to activism didn’t require a second thought. 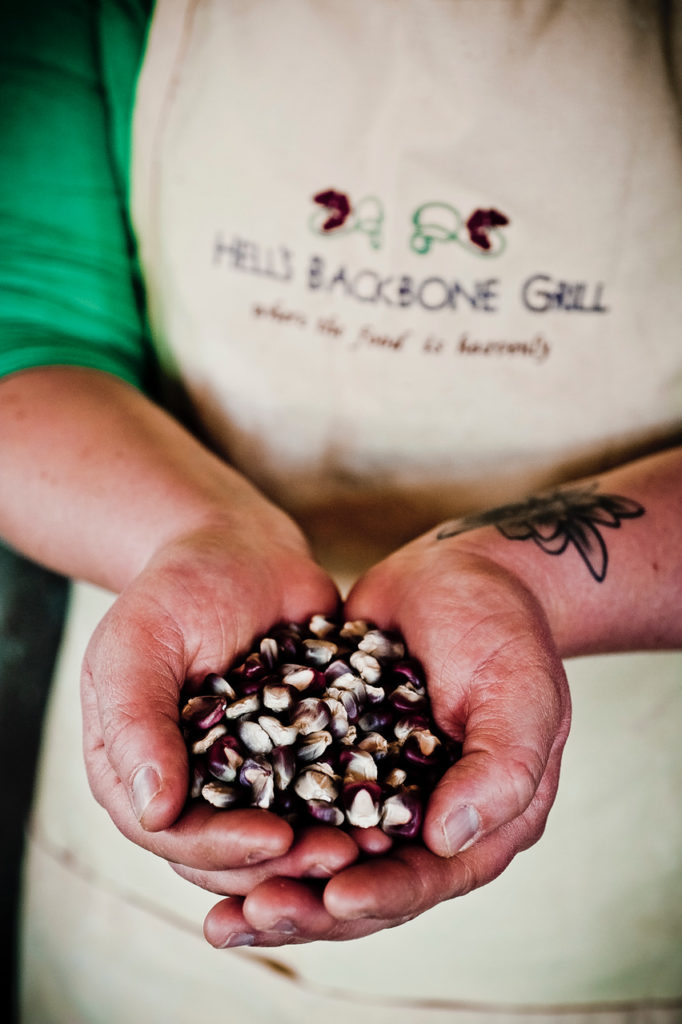 Blake Spalding and Jen Castle are chef-owners of James Beard-nominated Hell’s Backbone Grill, renowned for its organic, place-based, seasonally organized, farm-to-table food. Such establishments are common now, but they weren’t when the restaurant opened nineteen years ago—and they still aren’t in places like Boulder, Utah, population 200 and one of the nation’s most remote towns.

Before opening Hell’s Backbone Grill, Spalding worked for Greenpeace; during an anti-pesticide campaign, she realized the organization’s limitations.

“In terms of educating the populace, we were preaching to the choir,” she says. Spalding wanted a more direct way to teach the value of clean food. “With a restaurant in a really remote location, we’d have a captive audience of guests who wouldn’t necessarily choose to eat organic, local food—but they’d eat with us by default, and I’d get the opportunity to proselytize. So our vision was always counter-cultural.” 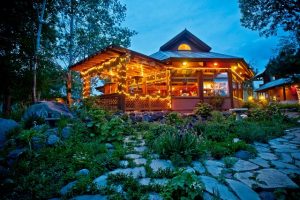 Though Spalding and Castle have become respected fixtures in their mostly-Mormon ranching community and throughout the Southwest, it hasn’t been easy for two liberal, feminist environmentalists to operate a business in a conservative, patriarchal state. “To this day,” says Castle, “when I initiate a repair call or when someone shows up wanting to sell me produce, they’re always looking for the man in charge. I say, ‘I’m Jen, the owner. You can talk to me.’ And they say, ‘Where’s Blake? I need to talk to him.’ So I say, ‘Well, he’s a lady too, so you can talk to me.’”

The two never shied away from promoting women’s rights. Castle, whose single mom worked for a family planning clinic, volunteered at Planned Parenthood in college. “I wore a ‘Keep your laws off my body’ shirt,” she says. “And it felt right wearing it in public, but also scary. They were bombing abortion clinics.”

Meanwhile, Spalding worked in restaurants owned by men, where she experienced intense #MeToo situations. “So it’s always been a goal of ours to mentor women,” she says, “and most of our managers have been female. But we get flack for it. One former employee joked that there was ‘too much estrogen in the restaurant.’ It didn’t strike us as funny—he was really saying we needed a man to run things.”

For the past year, Spalding and Castle have devoted themselves to another fight that hits equally close to home: the campaign to save the Grand Staircase-Escalante National Monument, which Trump dismantled last year, along with Bear’s Ears, in the largest reduction of national monuments in history.

A monument since 1996, when President Clinton signed into protection 1.9 million acres of wilderness, the Grand Staircase is a wonderland for hikers, climbers, paleontologists and photographers. It’s filled with dinosaur bones, rock art, prehistoric dwellings and hidden-away slot canyons. 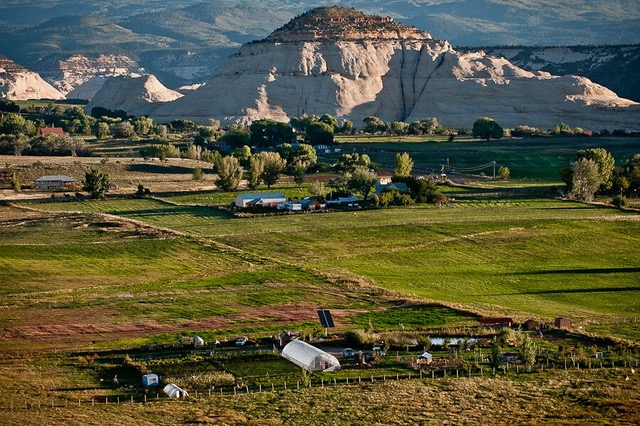 Castle and Spalding still fight—attending protests, giving speeches, handing fliers to customers. Action points are posted at the host stand: Tell a member of congress. Call this number. Email that address. Political signs are prominent, too, including: Save Grand-Staircase.

But their most powerful literature may be their new cookbook: This Immeasurable Place: Food and Farming from the Edge of Wilderness. When they were making the book—what they call “a love letter to the monument”—they didn’t know Trump’s decision to shrink Grand Staircase would be announced just as it published. “What we hope,” says Spalding, “is that people far and wide read our book, fall in love with the photos and stories of the monument, and feel inspired to do their part to protect it.”

A business owner’s decision to promote political views is deeply personal, says Spalding, but “Jen and I explain to our staff that there’s nothing that’s not political. The food you eat is political, the free agency you have over your bodies is political, the ground you stand on is political. So what’s the point of being apolitical when everything that matters is under threat? I’m fighting like hell, and if I have to use my restaurant to do it, I’m grateful to have a platform.”

Castle agrees. “They’re chipping away at everything we hold dear. And now, with people coming to violate the monument, it feels as personal as ‘Keep your laws off my body.’ I can’t believe they get to come in here with their drills and take what they want. I’m just dreaming of our we-reserve-the-right-to-refuse-service moment.”

Lavinia Spalding is series editor of The Best Women’s Travel Writing and author of Writing Away. Her work appears inTin House, Post Road, Yoga Journal, Sunset, Every Day with Rachael Ray and two volumes of The Best Travel Writing. Visit her at laviniaspalding.com.