The Ms. Q&A: Therese Shechter and Glynnis MacNicol on Being Child-Free by Choice and Changing the Conversation on Women's Lives - Ms. Magazine
Skip to content

As filmmaker Therese Shechter approached the age of 40, she decided to create her first documentary, I Was a Teenage Feminist. She is currently working on a new film, My So-Called Selfish Life, which documents the lives of women who are “choosing not to have kids in a culture where motherhood feels mandatory.” Writer Glynnis MacNicol had a similar reaction to turning 40, authoring the recent memoir No One Tells You This, which documents her fortieth year as a single and child-free woman. She also wrote an aptly titled New York Times piece on the subject, asking: “I’m in My 40s, Child-Free and Happy. Why Won’t Anyone Believe Me?”

In both cases, these women felt the need to respond to the lack of narratives that mirrored their own lives. By creating art as a medium of expression, they are effectively adding to the conversation about being child-free with no regrets.

The two women took a moment to answer a couple of questions from Ms. about their work. 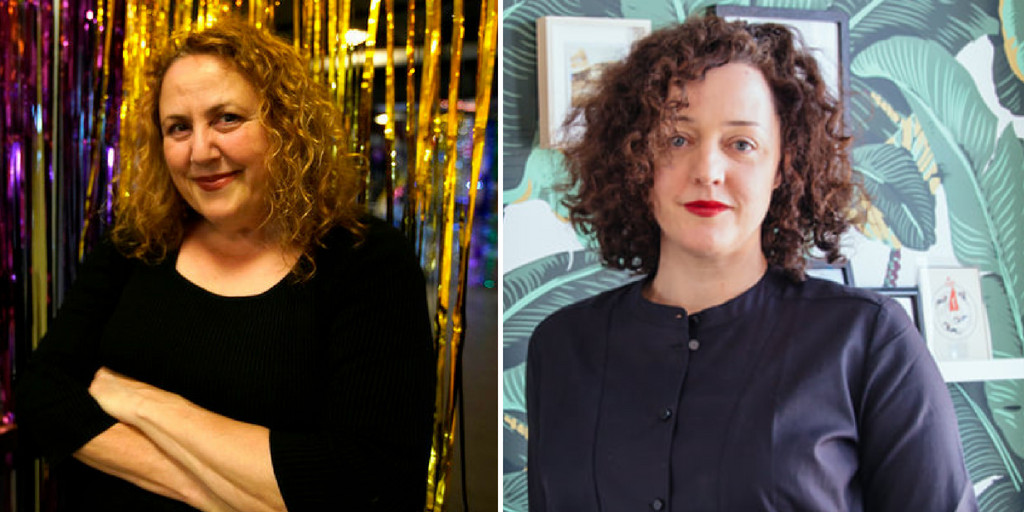 Therese, what do you hope to accomplish with My So-Called Selfish Life?

TS: Someone once described my work as disturbing what we’ve come to believe is sacred about womanhood. I’ve taken that on as my mission statement no matter what film I’m working on, from exploring how the power of feminism can transform a life in I Was A Teenage Feminist, to challenging widespread myths about female sexuality in How To Lose Your Virginity. My So-Called Selfish Life is the final film of this trilogy, and in it I want to challenge possibly the most sacred female identity: motherhood.

The first thing I’d like to do is give voice to a community that’s been harassed and stigmatized for making a choice about how to best live their lives—a choice that doesn’t actually affect most people around them. On a larger scale, I want to shift the conversation about women’s roles in the world and challenge the idea that every woman’s greatest accomplishment is childbearing. I’m not making a film about how terrible motherhood is, but about how social structures present women with only one possible script for their lives. With reproductive rights under constant attack and the contents of our uterus seemingly everyone’s business, the right to control our bodies and lives is more important than ever.

And Glynis, what was your inspiration for writing No One Tells You This?

GM: This book came out of me turning 40, feeling very powerful, and thinking like “why the fuck should I feel bad about myself?” It was this real sort of moment like I couldn’t believe what I’ve been led to believe, that I should feel bad about myself for my life, because all evidence in front of me suggests that I should be feeling pretty great. When I decided to write this book I felt that I was looking to my left and right seeing so many women leading similar lives to me and we didn’t have any stories or narratives around it or anything which felt very frustrating and very suffocating.

Why do you think there is so much stigma in our society about being child-free by choice?

TS: That’s the really the big question I’m exploring in the film. It’s still true that any decision a woman makes that veers from an accepted script of heterosexual marriage and children is suspect. When you give women economic and sexual freedom they start thinking about what they really want from their lives and sometimes the answer is that they don’t want kids. There has been a lot done about the stigma in our society of being child-free, but I want to go past name-calling to look at the reasons that stigma exists.

Also, we as a society cling to the mistaken idea that all women not only want kids, but are natural caregivers, and that anyone who doesn’t feel that way is somehow damaged goods. The directive to multiply is embedded in major religions. So, if you’re challenging centuries of embedded patriarchy, capitalism, religion and nationalism, you’re going to get pushback.

GM: The shame attached to all parts of women’s lives is extraordinary and the real shame is that we’re deeply uncomfortable with the idea of women navigating their own lives.

All stories end with marriage or a baby, we’re very uncomfortable with women on their own. And why is that? Who’s uncomfortable with that idea? Who’s uncomfortable with women out of their place? Who benefits from all of us feeling bad about our lives? We don’t. So I think we’ve all internalized the shame factor and the shame is attached to women being alone, and why is it bad for us to be alone? It is definitely not bad for us. It is bad for a lot of people who are in power and are complaining quite loudly right now about how alarming it is when women seem to take charge.

One recent statistic says that more women in the United States are child-free now more than at any other time. Why do you think that is?

TS: One of the often-cited stats is that one-in-five women now end their childbearing years without having a child, compared with one-in-ten in the 1970s. That’s a big jump, but there are several things going on here. First, there are a lot less teen pregnancies, and a larger percentage of women are putting off starting a family until they’re older, so fertility issues come into play.

But there’s definitely a larger percentage of women who are simply choosing not to have kids, because, frankly, they can. Having children can give a parent a lot of joy, but it also comes with sacrifice and expense and a loss of freedom. Working mothers are penalized for having kids, both in income and advancement, and let’s face it, they still take on the brunt of the work at home. Given the current state of affairs, it’s a choice fewer women want to make.

GM: We’re living in the first generation that has grown up with the possibility of women having some level of financial freedom or independence for the first time in history. And with that independence comes the ability to make choices around your life, that you want, as opposed to choices out of necessity. For most of history women have been required to be in marriage as a means of survival. And of course, without birth control there’s very little you can do about how many children you’re having.

I think that is important to emphasize too, that we are both giving women the means to determine what their lives look like, and not giving them the means to lead a full life with children financially. It’s like we’re punishing women for having children essentially. We’re both financially punishing women for having children and giving them the ability to choose not to have children at the same time. So I don’t think it’s so shocking that the numbers are dropping.

Danielle Bauter has worked as the marketing and events coordinator at an independent bookstore in California for over a decade, and she is also a freelance writer. Her book reviews have been published in Elle Magazine and she currently writes a books column for Coast Magazine. Her short stories have been published in anthologies from Seal Press and Cleis Press. She also documents her travels at Wanderlust Explored.