Making Sure At-Risk Girls Won’t Have To Say #MeToo in Mumbai - Ms. Magazine
Skip to content

After Veda Rodewald, a ninth-grader at Ascend International School, heard from 10 groups of women and children about community-based projects that they have designed with the help of Aangan Trust to prevent threats to child safety in their neighborhoods—Mumbai bastis in Wadala, Bhajiwadi, Govandi and Raey Road that are hotspots for child trafficking and have high incidences of child sexual abuse, early marriage and child labor—she wasn’t the only feminist in the room who became determined to support them. 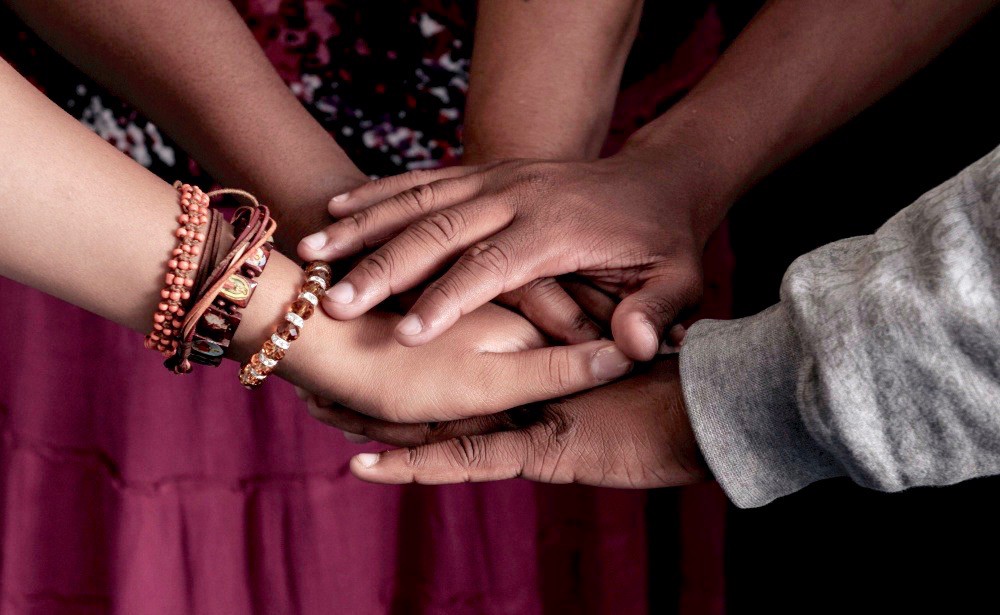 “Hearing the stories of women and girls from Mumbai communities where abuse and violence are prevalent was mind-blowing ,” Rodewald reflected. “It made me zoom out from what I usually think about as a high schooler, and for once contemplate these real, heavy, heartbreaking issues that girls my age are dealing with every day — and that might not have crossed my mind if I hadn’t been able to talk to them in person. It was a privilege to meet these women.”

Rodewald and her mother, Varsha, will be supporting Girl[Solar]Power, a project led by girls in Wadala who plan to bike through their basti once a week holding solar-powered flashlights, to bring light to the corners of their community where there is darkness.

“Groups of men often lurk in the dark corners near our community’s communal toilets, getting high and teasing us, so we feel scared to use the bathroom at night,” 18-year-old N, from Wadala, said. “The toilets for our neighborhood are about a 20-minute walk from where our houses are — most nights my mom will suggest that I don’t eat or drink water in the evening so I won’t have to use the bathroom after dark.”

Rather than being disheartened by this daily reality, N is determined to make sure that any girl in her community can leave her home at any time without fear .  “If men are in gangs,” she declared, “we’ll make a gang too — a girl gang! We’ll hop on our bikes, 40 or 50 of us at a time, and we’ll ride around with our bright lights shining and show everyone in our community that the right to this space is ours, too.”

Varsha was as moved by their presentation as her daughter. “Access to sanitation facilities when required is not just a basic need, but a human right,” she noted. “We don’t want anyone, let alone girls, to be deprived of this for fear of eve-teasing or molestation. If it takes the installation of a solar light and some bicycles for the girls to demonstrate their right to do so, then so be it.”

Radhika Chopra felt the same way after hearing the Girl[Solar]Power group speak. “I am so inspired by their endless spirit and determination to push through their challenges and come out winning! Their sincere intentions and ‘can-do’ attitude are infectious,” she asserted. “I am all in.”

In Bhajiwadi, a group of girls is using street theatre performances for their peers to raise awareness about restrictions on girls’ rights that they commonly face in their community. After watching a short performance by the group, sister duo Priyankaa and Pooja Vir signed on to support their project.

“We were blown away by their grit,” Pooja explained. “Every single project threw a spotlight on the incredible spirit and determination of these young girls and women, refusing to accept a life that ‘fate’ has supposedly doled out to them. Given our own interest and Priyankaa’s experience in the performing arts, Aaj Badalenge Kal hit a very special chord with us. The arts have a transformative, healing power. A power to allow the performer to experience life in a new way. We are confident the performances will push their audiences to challenge their notions about safety, gender inequality and discrimination, and force them to engage as active citizens in a changing world. We feel lucky to have the opportunity to support such a powerful cause.”

“A lot of parents don’t want girls to leave the house because they have heard what kinds of things happen when girls go outside,” Aaj Badalenge Kal group member K confided. “But since we’ve been working on these activities at the community center Aangan set up, and my parents see how confident I’ve become, they aren’t scared to let me leave my house anymore. What I want to do is bring that level of freedom to the hundreds of my peers whose parents still feel the way mine used to.”

In the same neighborhood, V and A are determined to change the way their male peers act toward girls. Their project, called Humare Hero, aims to to create short documentary films that depict incidents of eve-teasing that often occur in their community and invite 100 boys in the community to monthly screenings and facilitated discussions to discuss the issue.

“A lot of boys, including ones we hang out with, have no problem with catcalling and verbally harassing the girls in our community as they walk by,” 18-year-old V shares. “We want to remind them that you wouldn’t treat your sister or your mom that way, and it’s unacceptable to treat girls like that.”

Priya Gaekwar decided she wanted to support this project as soon as she heard the ingenuity and passion with which the boys spoke. “Leading by example is a powerful way to create change,” Gaekwar said. “For these young teenage boys to not only stand up to their peers but also try to change their way of thinking is a courageous thing. To go against what is the norm in their neighborhood they are taking on a big challenge. Using the medium of video documentaries to spread their message and to educate their peer group is one I will definitely be supporting.”

Moneisha Gandhi and her daughter Mira Dhall, a sixth grader, are excited to support “Ladki ki Kahani, Ladki ki Zubani,” a community newspaper for girls and by girls published to raise awareness about how the community can work together to prevent child harm.

“I want to support the girls from Govandi planning to publishing a newspaper: they are so capable and articulate their vision with such clarity of thought — for these reasons I feel that they might be onto something that could be successful and game-changing,” Gandhi explained. “I also felt that these girls had a good pulse on how to make this newspaper both accessible and interesting to their target audience — and their publication would be a great way to disseminate information and influence large numbers of people in their community.”

V, A and S, three of Aangan’s women volunteers in Raey Road, plan to start a group called Mothers for Mothers—a safe space for community mothers to spend time with peers and discuss challenges they face . Many women in the community are single parents, divorced or mothers of children who are at risk.

“These mothers never do anything for themselves,” V observed, “so we want to do things as simple as having a cup of tea together, or celebrating our birthdays.”

Through these woman-to-woman conversations, the women plan to discuss how to prevent common threats to child safety, and create a support group for one another. “We also want to disrupt incidents of domestic violence in our neighborhood,” added A. “We plan to train the women to recognize when parents in a nearby home are fighting — so that at the very least, we can make sure that the children at home don’t have to observe incidents of domestic violence between their parents. Four of us will show up and just chat with the parents to try to diffuse the tension at home.”

“I loved the depth and meaning behind their idea,” high-school feminist Nayantara Piramal said after watched V, A and S present on their work, “and the women’s passion and love for doing this work.” Her mother, Reshma Piramal, agrees.The mother-daughter duo will be championing Mothers for Mothers going forward by mentoring and supporting these community women. “Linking economic empowerment with peer support makes good sense,” Reshma said. “Their idea is well thought-out, and Nayantara and I are excited to get involved.”

“I think it’s so important to bring together people who don’t usually interact in our society , and it dawned on me at this event that it’s so easy,” Veda reflected. “There’s always this arbitrary divide between genders, religions, cultures—and I just think that helping one another break through that separation makes everything more beautiful.”

An earlier version of this post originally appeared on Medium. Republished with author permission. 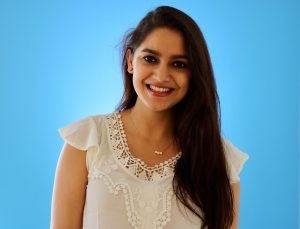 Ratna Gill is a recent Harvard graduate passionate about poverty alleviation and child protection. She currently works at Living Cities, a nonprofit dedicating to creating jobs for low-income people, particularly people of color. You can follow her on Twitter at @ratnaruidosa.