We Must End Trump’s War on Migrant Women - Ms. Magazine
Skip to content

These past few months have brought some of the most challenging moments of my life.

Since late May, our team at the Texas Civil Rights Project has been working around the clock, sometimes 18-hour days, fighting the Trump administration’s inhumane approach to immigration and pushing to reunify families torn apart by those policies. We have no plans to stop.

Like many working mothers, I’ve felt guilty about not spending more time with my daughter. I worry about what I’m missing in this dynamic toddler period, or if she misses me, even though I always know where she is and who is keeping her safe. But when I hear the stories of our 382 clients—each of whom were ripped from their children and endured sleepless nights not knowing where their children were or whether they were safe—I’m reminded of my privilege and of the importance of our work. It haunts me to know that many of our clients remain separated months after the court-ordered reunification deadline.

The vast majority of our clients who were separated from their children under Trump’s so-called “zero tolerance” immigration policy are mothers who fled unimaginable violence in hopes of keeping their children out of harm’s way. Too many are themselves victims of rape—and in at least one case, our client’s daughter was, too.

One of our clients ran to save herself and her 11-year-old son after her husband’s brutal murder by gangs earlier this year; instead of helping her at the Texas border, agents took her son away and told her would she would soon be deported. Thankfully, with the help of volunteer lawyers, we were able to get her released and get her son back so they can pursue their asylum claim, but many women in similar situations will not have such support. Most people go through the immigration process without an attorney, making their chance of success very slim.

Amidst widespread public outcry, Trump formally ended the policy of family separation in late June—but he made no efforts to walk back the larger and more sinister agenda which drove this policy in the first place: the mass prosecutions of immigrants and asylum seekers. Unless and until they are stopped, the Trump administration will continue to target and attack those who pose the greatest threat to their warped vision of America: Black and Brown women, especially mothers.

It’s no coincidence that only two months after zero-tolerance took effect, Attorney General Jeff Sessions issued a discriminatory directive that excludes domestic abuse as grounds for asylum. At least 230,000 cases currently in front of U.S. immigration courts involve asylum petitions from Central America and Mexico. A large portion of these claims are grounded on gender-based violence, including sexual and physical harm at the hands of domestic partners and family members.

As the stories of too many of our clients show, such crimes are largely ignored—and sometimes actively supported or perpetrated—by law enforcement in their home countries, leaving these women in desperate need of protection for themselves and, when those women are mothers, for their children. Too often, they have no real option but to flee. When migrant women are denied the ability to even request asylum based on domestic abuse and deported back to bad situations, it’s often a death sentence.

That is what happened to Laura, the daughter of one of our clients. Even though Laura had a protective order against her abusive-ex and expressed fear for her life, our government wrongfully deported her to the city where her abuser lived. She was dead within days—strangled, doused with gasoline and set on fire. Now her three young children are left without a mother.

Sessions’ directive breaks from international norms and longstanding U.S. policy, and could result in the death of thousands of women like Laura. We cannot ignore this fact or that this administration’s continued intention is to strongly limit, if not eradicate, the migration of women from Mexico and Central America based on their skin color. Sadly, we expect more discriminatory policies to come.

Indeed, the Violence Against Women Act (VAWA) was set to expire at the end of September and its status remains unclear, meaning women could lose vital protections. VAWA’s resources and policies have been a godsend for all women suffering domestic violence in the U.S., but especially for immigrant women whose ability to escape an abusive relationship is often more limited. This legislation was reauthorized with bipartisan support several times in the past two decades, but today there is not a single Republican co-sponsor for reauthorization in the House. More alarming, Sessions—the same person who excluded domestic abuse as grounds for asylum and voted against VAWA when he was a Senator—is in control of carrying out its enforcement.

Lines are being crossed that will ultimately destroy the lives of innocent women and children. As a nation, we cannot allow ourselves to look the other way while our government steals children from their mothers’ arms and signs the death warrants of battered women. We must stand up against all proposals that unfairly punish women stemming from this administration’s cruel immigration agenda—starting at the ballot box this November. 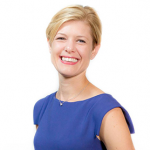 Mimi Marziani is President of the Texas Civil Rights Project. Before joining TCRP, she spent several years as Counsel for the Democracy Program of the Brennan Center for Justice at NYU School of Law, where she litigated election law cases in federal courts across the country, including before the U.S. Supreme Court. Mimi currently teaches “Election Law and Policy” at the University of Texas School of Law and serves on the NYU Board of Trustees.