Black Feminist in Public: Tamura Lomax on Discourse, Power and the Misreading of Jezebel - Ms. Magazine
Skip to content

Tamura Lomax is a Black feminist independent scholar who received her Ph.D. in Religion from Vanderbilt University. She is also the co-founder, CEO and visionary for the online feminist and anti-racist publication The Feminist Wire and author of the recently-released Jezebel Unhinged: Loosing the Black Female Body in Religion and Culture.

Lomax talked with Ms. about her new book, where religion and pop culture meet and the racial dynamics of the #MeToo movement. 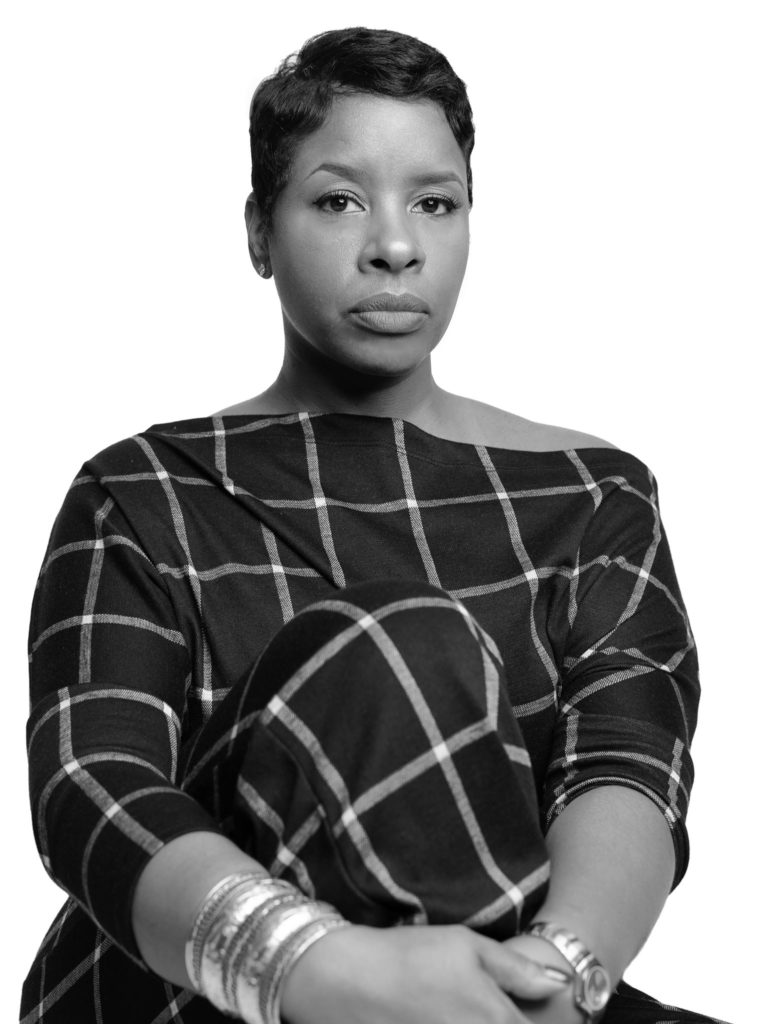 You describe your work as a Black feminist study of religion. How is this different from a Womanist religious study?

For womanist scholars, their work on the Black female body has to do with: What does God think about this? What is the theological statement that we need to make? I am not interested in that. I’m not a theologian. I’m a religionist. I’m a religious historian so I don’t start with theological questions. As a religionist, I would ask questions like: Who is God? Is there a god? Who is this figure that people worship? What does it mean to them?

Jezebel Unhinged is a book about discourse and power, truth be told. It’s about the production of knowledge and how it turns into discourse, and how that discourse not only becomes powerful, but it becomes true. 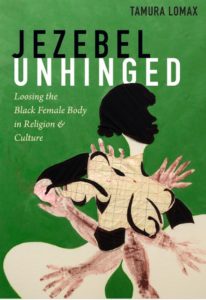 When did you start doing this work?

Jezebel Unhinged emerges from my dissertation, but it’s not my dissertation per se. I really focused on discourse and the historical discourse around Black womanhood since the medieval period to now. I began this work in a masters’ program. I took a course called Sexuality and the Black Church, titled after a book with the same name by womanist scholar Kelly Brown Douglas. That class really opened up for me this whole new world of research. I began focusing on the Black female body in popular culture and popular religion, and the relationship between the two. It was that semester that I decided to do Ph.D. work and began focusing on not just religion, but also women and gender studies and African American Studies.

Fascinating, because that’s my trajectory. Kimberly Wallace-Sanders’ The Black Female Body in American Culture is the course I took with her at Emory. That was in 1999. It was from her class that I really started to think more about representations of the Hottentot Venus, and that eventually became my dissertation, which then became my book Venus in the Dark.

That’s really interesting. I came in right after you then. I took her, I think it was 2002 or 2003. You had already graduated. Brittney Cooper and I were both in that class.

I think both Beverly Guy-Sheftall and Kimberly Wallace-Sanders have their stamp on the current crop of Black feminists.

I don’t think Kimberly gets the credit that she deserves. She has an imprint on quite a few voices that are pretty prevalent in this work, not only in academia but also between academia and popular culture.

If any Black feminist scholar is talking about the body, it’s because they took a class with Kimberly Wallace-Sanders. 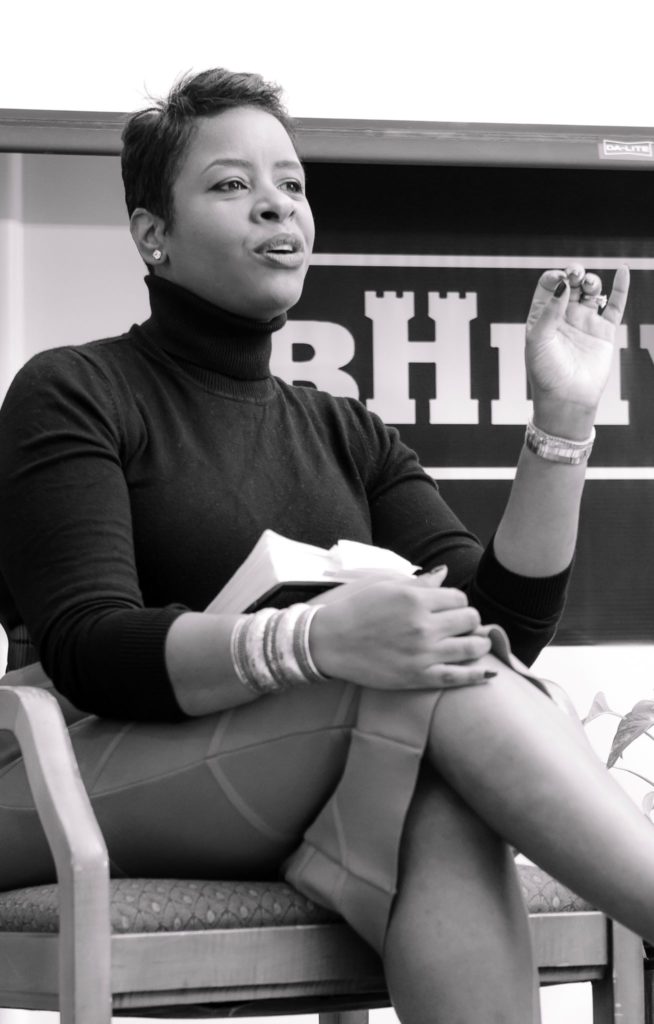 What I really liked about your book is the way that you were able to seamlessly weave both religion and popular culture, and also history and academic discourse. I hadn’t really thought of the actual archetype of Jezebel. We tend to think of it as a stereotype, but there’s a whole archetype. There’s an actual Biblical figure, Jezebel, and she’s the most vilified woman in the Bible, right?

It’s interesting that the most vilified woman in the Bible then gets mapped onto Black women’s bodies from antebellum slavery on up to the present. How did we go from archetype to stereotype?

We already have this stereotype circulating in Europe before even coming to America. The stereotype of vilified and/or demonized hypersexuality gets attached to African women. On the slave plantation you have these women who are also being sexualized in very similar ways. I should say at the heart of slavery is also Christianity. You have slave women who are being raped, and they’re being trafficked. Slave owners wanted to be seen as Christian and good moral people, and not just good moral people, but the authority on morality.

So, it was very easy to attach this narrative of Jezebel, who is indeed the most hated woman in the Bible, to these slave women—to say no, we’re not raping them, we’re not bad, we’re moral, we’re not the bad people, they are, they are forcing us into these relationships, they are tempting us in these harmful ways, we’re doing things that we don’t want to do because they’re Jezebels.

The thing that ties Jezebel to slave women who were raped and trafficked and forced to breed is the misreading of Jezebel.

How is this biblical figure being misread here?

It has to do with two things, I believe. She chose to continue serving her own gods and not Yahweh. Jezebel marries into this culture. I’m not even sure if it was by choice. She’s married, regardless, to this [Hebrew] King Ahab. He has a god. His god is the Christian God. That’s not her god. She was never in relationship with that god. She brought her own gods with her.

What’s interesting about that is there are many people in the Bible who have other gods, and they may be called whores, but they are not killed and murdered and hated in the way that Jezebel is. You have the biblical writers really working hard to not only demonize Jezebel, but to demonize the power dynamic of her marriage since her husband yields his power to her.

How many times have we seen that in culture—where a person who wields a lot of power is somehow sexualized and demonized? That’s what happens to Jezebel. She then gets attached to slave women, who are said to be wielding sexual power.

In your book you examine the binary between being a “ho,” which of course is derivative of whore, and being a “lady,” and how that plays out not just in the church, but also in popular culture. Could you say more about this?

I think the systemic force of the binary is powerful. These are ideas that have been around for centuries, in terms of being sexual as not a good thing, whereas being this lady is a good thing. I don’t think that dichotomy is going away, but it can be lessened. It can be turned inside out. I would like to believe that, especially since so many women agree with it.

You hear women say sometimes: “Yeah, you can’t turn a ho into a housewife.” When these narratives are preached in the sermonic moment, women aren’t walking out and saying, “Hell no.” They’re standing up and clapping and saying, “Yes, that’s right! Amen!”

There is a constant narrative that female sexuality is dangerous. Of course, female sexuality is dangerous because our bodies reproduce. There’s this continuous struggle to own the woman’s body, to own her progeny. And in slavery, there was profiting to be made from the free labor that enslaved women reproduced. Because of these socio-economic forces, it then becomes difficult for women to regain control over their own bodies and to think differently about their sexuality.

An interesting counter-example in popular culture is Amber Rose. Even now I have male friends from college who hate her so much. There is this venom towards her, like “how dare she have a Slut Walk!” Like: “Is this your feminist?”

Why does she make them so angry, and why do they call her a whore? She was in a relationship with [rapper] Kanye. She was married to [rapper] Wiz. But we don’t know of other partners.

I remember when she did a satire around the “walk of shame.” I love it, because people are like, “did you just have sex?” And she proudly responds: “I sure did!” It was wonderful. We’ve all heard of or experienced the walk of shame, the morning after. She’s turning that on its head. Here she is refusing to participate in this patriarchal narrative. We don’t know anything beyond this about her sexual partners, yet this ho language, this discourse, is still attached to her regardless.

I believe her slut walk emerged after Kanye talked about having to take 30 showers after dating her before he could be with [current wife] Kim Kardashian.

Absolutely. Subscribing to that dichotomy where the Black woman is always on the “ho” side, while the white woman, even if she’s had sex tapes, is on the “lady” side, which shows how Black men like Kanye have bought into the racial hierarchy.

One of the things I argue in Jezebel is that the binary traps us in so many ways conscious and unconscious. The narrative is always there. I feel like religion intensifies the narrative. It’s the way that the narrative is told, especially when it is preached. That’s a very dangerous thing because then it’s: “God said it’s true so it must be true.”

It’s interesting that your book debuted in this particular moment of #MeToo. How do you view Jezebel Unhinged within this context?

I think Jezebel offers us language to critique the discourse that so readily demonizes Black women, women in general but Black women in particular, who get demonized for not only their sexual choices, but also when they get raped. Jezebel offers this very strong critique of patriarchy, and particularly Black patriarchy in Black communities, and the intra-racial violence that we experience. I don’t think that MeToo has gotten to that yet. I haven’t seen an explicit critique of patriarchy, especially its impact on young girls. My own experience began at 11, and in church, at that.

Right now, the movement is still on the individual level. You have to really get into systemic oppression in order for us to have that conversation.

The individual is significant. I think that’s how we get to the discourse in the first place. But now it’s time to move into the systemic, the institutional, the structural.

Janell Hobson is professor of women’s, gender and sexuality studies at the University at Albany, State University of New York. She is the author of Body as Evidence: Mediating Race, Globalizing Gender. 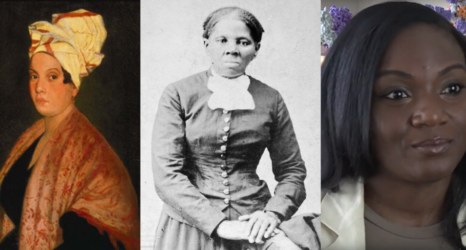 A “Prisoner of War” Story: The Life and Captivity of Lisa Montgomery—The First Woman To Be Executed by the Federal Government in 68 Years
An Attack on Women in Congress Is an Attack on All of Us
January 2021 Reads for the Rest of Us