Valerie Jarrett had a step-by-step plan for her life: graduate from Stanford, graduate from University of Michigan Law School, marry and have children. What she didn’t plan on was single motherhood, the obstacles encountered in corporate offices and law firms—or the friendship she would forge with Michelle and Barack Obama.

Jarrett opens up about her and the Obamas’ intertwined paths to the White House in her memoir, Finding My Voice—and recounts tales from the front lines of the epic fight for the Affordable Care Act, memories of celebrity encounters and the “coolest parts” of flying on presidential planes. She also walks readers through the part she played in making feminist history on Capitol Hill as the creator and first-ever Chair of the White House Council on Women and Girls.

“I had waited my whole career,” Jarrett declares to readers in the book, featured as a Bookmark in the Spring 2019 issue of Ms., “for a moment where I could use my strong voice to help empower other women and girls.”

In an exclusive clip from the audiobook of Finding My Voice, the longest-serving senior advisor in the Obama administration looks back on the experience of announcing the Council’s creation to the press, and realizing she was finally at the precipice of that moment she had waited for.

“I wish I could tell you I was thinking of my family arc—my great-grandfather, no doubt nervous on the lonely train ride to MIT—or the generations of women who had fought so hard for Tina and me to have our important seats at such a powerful table,” Jarrett confesses, “but no, I was thinking: Don’t you dare stumble.” 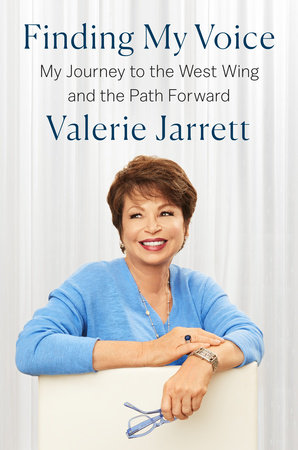 Our Abortion Stories: Red Stain on a Yellow Dress