A Flaw in Our Democracy - Ms. Magazine
Skip to content

A lot of people saw NOW’s signature brand of activism for the first time when, in February 1970, NOW leaders disrupted Senate hearings to demand that the ERA be considered by the full Congress. That spring, a hearing was held, with NOW president Aileen Hernandez and NOW member Rep. Shirley Chisholm (D-N.Y.) among the amendment’s supporters. On Aug. 10, 1970, Chisholm delivered a celebrated speech called “For the Equal Rights Amendment” on the House floor.

“Legal discrimination between the sexes is, in almost every instance, founded on outmoded views of society and the pre-scientific beliefs about psychology and physiology,” she stated. “It is time to sweep away these relics of the past and set future generations free of them.”

It was time then, and it’s long past time now. But here’s what’s changed: After a long period of inaction, both Nevada and Illinois ratified the ERA in 2017 and 2018, bringing us to 37 of the 38 states needed for ratification.

With just one to go, we’re looking to the next round of states where a vote on the ERA is within reach—states like Arizona, Virginia, Georgia and Louisiana.

This spring, I was proud to join ERA Task Force Arizona NOW on their 38-mile walk to make Arizona the 38th state to ratify the ERA. We held our banner high as we showed our dedication to women’s rights and our determination to push lawmakers to support equality. When we reached the statehouse and Democratic legislators attempted to recognize the ERA supporters in the gallery, Republicans declared them out of order and tried to shut them down. But that didn’t stop us for a minute.

The ERA may not have passed this time, but Arizona women sure proved their resolve. We’re seeing this energy from coast to coast. In Virginia, where the House of Delegates came within one vote of taking up the ERA, we’re organizing to make sure the 2019 state elections result in a House where things will finally go our way. Advocates are targeting any legislator who voted no. This next election, if successful, could take us across the finish line to ratifying the ERA.

Recently, I was asked to appear, along with members of Congress and other advocates, at a press conference about a renewed push to ratify the Equal Rights Amendment (ERA). Something extraordinary was about to happen, something that hadn’t been seen on Capitol Hill for 36 years. On April 30, a House committee heard testimony on the ERA.

Since 1983, the U.S. Congress has had nothing to say about whether women should achieve full constitutional equality. It just wasn’t on their agenda. But now it is, thanks to the new House leadership—including Speaker Nancy Pelosi—and the most diverse Congress in our history.

“The history of [the National Organization for Women] is intertwined with the history of the ERA,” I said that afternoon. A resolution of support for the ERA was adopted at NOW’s second national conference in 1967 and, since then, passing and ratifying the ERA has remained one of NOW’s top priorities.

Recently, we found in the NOW offices a historic banner that, thanks to past president Eleanor Smeal, we carried in the 1978 March for the Equal Rights Amendment, which honored women’s suffrage leader Alice Paul, who had died the year before. In January 2019, we were able to carry this same banner with pride and determination at the Women’s March in Washington, D.C.

It’s unconscionable that nearly a century after the Equal Rights Amendment was first introduced in Congress, women are still not granted equal rights in the U.S. Constitution. This failure is a fundamental flaw in our democracy—a constitutional mistake that has long demanded correction.

This piece appears in the Summer 2019 issue of Ms.

To read more of our critical reporting on the Equal Rights Amendment and snag a copy before it hits newsstands, become a member today!

To read more from the issue, check out the excerpt archive.

Toni Van Pelt is a longtime feminist activist and president of the National Organization for Women. Spurred to action by attacks on reproductive rights in her home state of Florida, Toni has served in leadership positions at all levels of NOW since 1989; she was previously president of Florida NOW, director of NOW’s southeast region, a national board member and treasurer of the Upper Pinellas chapter. Toni is co-founder, president and public policy director for the Institute for Science and Human Values and former vice president and public policy director of the Center for Inquiry. 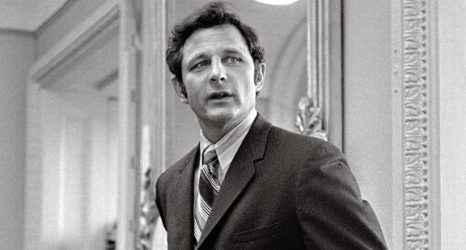 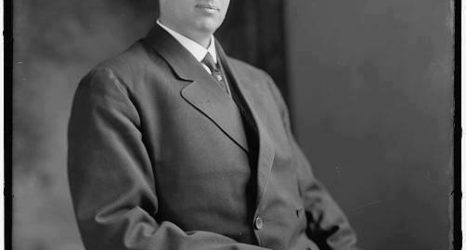