Beyond the Breakthrough: Fighting Forced Marriage In the Struggle to End Violence - Ms. Magazine
Skip to content

The theme of the 2019 National Sexual Assault Conference—Beyond the Breakthrough—sought to inspire the collective movement to end sexual violence and build on the momentum of the #MeToo movement. Ms. was the media sponsor for the conference—and expanded the discussions happening on-site with this dedicated series. Click here to read more posts. You can also watch interviews and conference sessions from #NSAC2019 on the Ms. Facebook!

Forced marriage is a serious but neglected form of gender-based violence in the United States.

In a national survey that the Tahirih Justice Center conducted in 2011, more than 500 professionals across the U.S. identified as many as 3,000 known or suspected cases of forced marriage over just a two-year period. The individuals forced to marry were often U.S. citizens, with cultural backgrounds that spanned a multitude of regions and almost every religious tradition.

More often than not, forced marriage is just one part of a spectrum of other harms that a woman who is forced to marry may face in her lifetime.

Non-consensual sexual conduct and behavior is likely to follow a non-consensual marriage. Rape is a common consequence of forced marriage, and can continue to occur throughout one. In an U.S.-based study, 24 percent of respondents reported coming across rape as a result of forced marriage. In Canada, 26 percent of respondents to a study on forced marriage reported sexual violence as a type of violence present in the forced marriage cases they had worked on. In cases where families force individuals who identify as LGBTQIA to marry someone of the opposite sex in an attempt to “cure” or “mask” their identity, there are often added dimensions to this trauma.

But sexual assault isn’t only a frequent consequence of forced marriage—it’s also a cause. Unfortunately, in many instances, the loved ones that someone would typically go to for help and support will instead normalize or excusing rape or even enable and perpetuate abuse.

According to the UK Government’s multi-agency practice guidelines, a woman or girl that discloses sexual abuse or rape may be at increased risk for a forced marriage, as “families may feel that this has brought shame on her and ensuring she is married may be the only way to restore ‘honor’ to the family.” Advocates in the U.S. have also encountered this paradox when working with individuals at risk whose families believe “that marrying her off will help protect her reputation as well as that of her family,” and “put into question her sexual purity.”

Sexual assault and rape can result in severe psychological and physical harm—and for someone trapped in a forced marriage, the harm is often sustained and multiplied. With the stigma that exists around sexual violence, rape and forced marriage, many survivors are reluctant to speak openly about their experiences or to recognize forced or coercive sex as rape if it occurs within a marriage.

We have an obligation to support these survivors wherever they are in their journey. But most uniquely, we have a rare opportunity to prevent sexual assault when it comes to forced marriage—by recognizing and serving individuals at risk and helping them to avoid an unwanted marriage before it occurs.

About Casey Swegman and Rachel Pak

Casey Carter Swegman is the Forced Marriage Initiative project manager for Tahirih Justice Center and also leads the Forced Marriage Working Group, a coalition of advocates and allies from around the U.S. dedicated to creating a coordinated national response to the problem of forced marriage in the country.
Rachel Pak is the Policy Communications Associate at the Tahirih Justice Center.

Beyond the Breakthrough: Highlights from the 2019 National Sexual Assault Conference 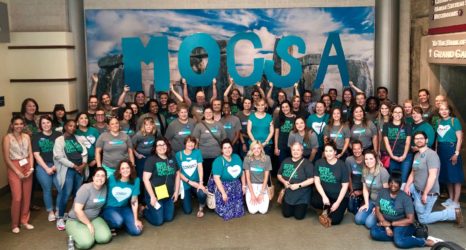 Beyond the Breakthrough: Partnerships in Prevention