Wakanda, Worldbuilding and Afrofuturism for a World Without Violence - Ms. Magazine
Skip to content

At the beginning of Domestic Violence Awareness Month, Wakanda Dream Lab and Resonance Network co-launched Black Freedom Beyond Borders: Re-imagining Gender in Wakanda. Bringing together writers, artists and activists, the anthology is a collaborative act of solidarity with trans women of color, especially Black trans women and Indigenous women who bear the brunt of gender-based violence and erasure—including domestic violence.

In February 2018, Marvel studios released Black Panther. Many of us working to end violence against women, and transition from violence and domination in general, were overjoyed.

It seemed hundreds of thousands of viewers sought life in Wakanda. Rooted in Afrofuturism and Black speculative fiction, the movie presented a world where Black people had neither been enslaved nor colonized—a fantasy that felt so real and tapped so deeply into our desires for liberation that it has unleashed something beyond the movie producers’ wildest dreams.

Afrofuturism is a genre that re-imagines the lives of Black people as unfettered by oppression, technologically advanced and highly developed. Speculative fiction is a fantasy genre that engages in world building to create alternative reality. The potential for an alternative reality is that individuals and, importantly, whole communities can also assert alternative world views.

Black Panther provided such a vivid picture of Black people governing, living with honor and dignity and thriving that many movie goers returned to theaters several times to immerse themselves in the imagery. Fans luxuriated in the images of strength and autonomy of the King’s guard, the Dora Milaje, the genius of Shuri Wakanda’s chief technologist, the wisdom of Nakia and Ramonda.

As Black women, we weren’t shocked at the existence of these characters, but rather relieved the film offered countless reflections of Black women living fully. The film’s relationship to gender was unsurprising to most fans of the comic book that inspired the film, which argues that in a worldview posited on Black freedom, gender oppression is not the norm.

In anticipation of the film, Wakanda Dream Lab—a collective of cultural strategists, artists and movement makers—tapped into people’s interest in the film to close the gap between on-screen and real-life issues impacting our communities. We produced a viewing guide—and subsequently, our first anthology. We invited folks to imagine open borders in Wakanda as a pathway to thinking beyond our existing national and international border stalemate, toward a world where borders are obsolete. We invited exploration of what is required emotionally, spiritually and structurally to navigate the concept of borderlessness in the hopes of shifting assumptions about possibilities in our debate on migration.

We partnered with Resonance Network, an organization committed to transitioning to a world without violence, to produce Black Freedom Beyond Borders: Re-imagining Gender in Wakanda—exploring the similarities between national borders and gender binaries and layering in race, migration and gender.

We were curious about how Black and Indigenous women, trans and gender non-conforming people and their allies might imagine freedom looking and feeling like in Wakanda, a place where liberation is the norm and anything is possible. We wanted to invite readers to think outside the gender box in the safe space of Wakanda, returning fantasies of gender liberation back into our lives.

These were just some of the questions we asked—and in the anthology, they were explored in “The Origin of Dora Milaje,” by Tonjie Reese, who chronicles upheaval in Wakanda wrought by gender-based violence followed by transformation as told by Reja, Wakanda’s most revered griot and dual spirit former warrior. Though a fantasy, the story presents possibilities for our communities.

By exploring and worldbuilding in response to questions like these, we can begin to shift culture towards a world without violence. When we re-envision gender-based expectations and imagine and practice into more roles for people of all genders, we begin to shift the fundamental cultural underpinnings of oppression.

We invite you to explore these and other questions for Wakanda—and then apply them in your own lives and your communities, and beyond.

Wakanda Dream Lab (Aisha Shillingford, Rufaro Gwarada, Alexia Flanagan, Asha Grant) is a collective fan-driven project that bridges the worlds of Black fandom and #Blacktivism for Black Liberation. Resonance Network is a community of people who want to experiment, learn and move together towards a world where violence is not an expected and inevitable part of our lives. 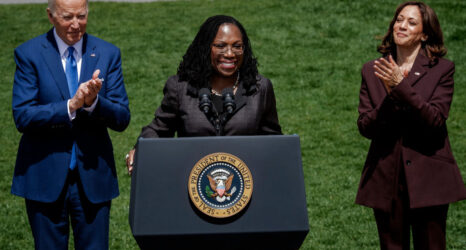