Birth Through a False Divide - Ms. Magazine
Skip to content

When I got pregnant, I thought I would approach pregnancy and childbirth from an academic’s perspective—with logic and reason, using peer-reviewed science to make my decisions. I hadn’t thought about the fact that society finds it unconscionable to perform scientific experiments on pregnant women or newborns.

It makes perfect sense when you think about why, but I was shocked to realize that a lot of what we are told to do or not to do with ourselves is based on convention rather than scientific research. Society wants to sell expectant mothers an illusion of control, but so much about birth and motherhood is beyond anyone’s’ control.

There are so many rules. How many of them are based in fact?

People told me not to ride a bicycle or run! How did our ancestral nomadic mothers manage to ride their horses for miles over the Russian Steppes? How did our predecessors survive heavy farm and factory labor?

Many of my international friends are having babies in their thirties or forties, and doctors in the U.S., Israel, Brazil and Ecuador are all advising them to schedule C-sections, never once mentioning the benefits of vaginal birth or discussing the real dangers associated with the procedure. A relative in Ecuador told me that C-section was “easier” on the baby and mother. The World Health Organization suggests that the normal rate of C-sections should be 10 to 15 percent, but one in three American babies are now born that way. I certainly didn’t want an unnecessary surgery that would slice through layers of muscle and tissue and leave me with a 6-week recovery time.

In the end, a policy of deafness and self-trust worked for me—and, as it turned out, my experience was nothing most. Conception and pregnancy were easy for me. At the time, I didn’t have a stressful job or a lot of responsibility. I had plenty of time for myself, so I was able to sleep and rest as needed, eat as needed and pee as needed. I kept up my rigorous running routine until month eight months, despite so much unwelcome advise about “staying off my feet.” I rode my bicycle and took a spinning class right up until the night before delivery. I took advice about not doing abdominal exercise during pregnancy, but I still got a diastasis. I had an entirely natural birth at a birthing center with no medication that lasted eight hours from first twinge to final push. I was the ideal patient.

Unfortunately, when my son was born, he cried only briefly, and then became ominously quiet. He wouldn’t feed, and gradually he turned blue. Within a few hours, he was on oxygen and intravenous antibiotics at the Neonatal Intensive Care Unit, having suffered from something that looked like transient tachypnea, but presented with more dangerous symptoms. He had to spend a week in the hospital, but ultimately we brought home a healthy and beautiful baby boy.

In the aftermath of his birth, we found ourselves caught between two clashing world views.

When my baby was sick, we were subjected to a dehumanizing and patriarchal medical institution on the one hand—and a dangerously anti-establishment community of feminist natural birthers on the other. If the American medical industry has pathologized pregnancy and childbirth to serve the purposes of a for-profit system of care that results in too many bad outcomes, then there has also been a radical and reactionary feminist response that idealizes childbirth while dismissing the importance of modern medicine.

As a scholar trained in feminist theory, I found myself very critical of a medical establishment that has systematically wrested control of childbirth away from women and their midwives. I was committed to getting out from under what I still perceive as a patriarchal system. And yet, my mother was one of six women to graduate from McGill University medical school in 1968, and my sister is a highly regarded oncologist and Associate Professor of Medicine.

I could afford to be skeptical of establishment doctors—because I had two as part of my inner circle, two people I trusted more than anyone else in the world. Most women do not have this personal connection, and cannot afford to be too skeptical without risking their health.

I loved the idea of having a sacred circle of wise women to lovingly guide me through a scary process. To me, the idea of a birthing center sounded promising as a compromise between the cold sterile hospital room without concern for my peace of mind and a domestic interior that lacked the reassurances of emergency equipment. I met with the gynecologist in charge and I liked her attitude.

As a requirement of giving birth there, I had to hire a midwife, read some books on natural birth and lactation and commit to breastfeed—all of which I planned to do anyway, so it seemed like the perfect fit. I hired their most highly recommended midwife. I read all the recommended books. I met several times with the lactation consultant.

The midwife told me that a first baby usually comes late. My baby was a week early. The midwife told me that once I had the first pains I would probably not need to come to the center for at least 24 hours, but I called at 4 p.m. and my baby was born before midnight. I called the midwife three times, but first she advised a glass of wine, then she suggested a nap and assured me it wouldn’t be time to come to the center until I was unable to communicate because of the pain. I was never incommunicado. She never offered me any useful advice, never reassured me and certainly did not show up when I needed her most. I never even got a foot rub in exchange for her $700 fee!

When my sister returned from work, I was alone in the shower and bleeding. My husband didn’t know what to do. I should already have been at the birthing center many hours before. The 10 minute drive to the birthing center in blizzard conditions was the most agonizing part of my birth experience. When I arrived, I was already 10 centimeters dilated. After another hour, my sister and husband could see the head, but the midwife and gynecologist insisted that I must not push. They told us it would be many more hours before the baby was born. Luckily I listened to my body, and not to them. My son was born at 11:30 p.m., about three hours after I arrived at the birthing center.

I was completely incapable of making any logical decisions. The knowledge that my baby was sick brought me back to reality super quick. Without having had a C-section, I was able to walk out of the birthing center and into the hospital three hours after giving birth, but it would be 48 hours before I got any sleep.

In opting for an alternative to hospital birth, I had inadvertently stepped into the middle of an ideological battle between the forces of the birthing center and those of the local hospital. Hospital officials and the birthing center gynecologist had been undermining each other for years and, unbeknownst to me, had failed to establish a cooperative relationship. The gynecologist was therefore reluctant to turn me over to the hospital.

My son spent the following week in the Neonatal Intensive Care Unit in the company of seven other premature little people. I started pumping milk straight away and there was no doubt in my mind that I would breastfeed my child, but when I left the hospital for the first time after 48 hours in desperate need of a good night’s sleep, the nurses immediately fed my baby formula instead of the breast milk I had painfully pumped and lovingly left. My old milk went in the garbage bin. Before the week was over, the doctors in charge suggested that my choice of water birth had been the cause of my son’s illness, despite the fact that there is absolutely no peer-reviewed scientific evidence to suggest any such correlation. They told me that my child might have suffered brain damage, for which I was responsible because of my decision to use the birthing center; at three years old, my son is ahead in every milestone. (Ironically, the same complication is extremely common among hospital C-sections, and my friend’s child, born the following day, had the exact same diagnosis.)

They insisted on doing a battery of nonsensical tests that required my newborn to be completely still and awake—surely not very practical. They asked on three separate occasions if I wanted my son circumcised—although I expressed emphatic opposition in writing on the first occasion. When they issued me with official discharge papers, I was astonished to discover that my son had, according to their records, been born in the hospital by C-section.

My biggest regret is not having had my baby at home. My experience of the feminist alternative to traditional hospital care was poor to say the least, but my necessary encounter with the medical establishment proved that a lifetime of skepticism was well founded. There is a danger in believing that your experience is universal, but there is an equal danger in applying universal laws rigidly to individuals. Just as flexibility is a hallmark of good governance, it is a hallmark of good care. A good system should offer choices within limits. It should be able to respond to the individual, but above all it must operate on the basis of statistical outcomes and not on the basis of personal preference or ideology.

Neoliberal capitalism in the U.S. too often celebrates individual achievements while denigrating the collective spirit and foundational premise of community that permits any individual success. The United States’ enduring struggle to establish a viable healthcare system based on notions of shared burdens illustrates the enduring power of such individualist philosophies.

Unfortunately, our first-world Western models of feminism have often been based on these individualist ideas. We like to see ourselves as independent and free-willed, but we are only as strong as the collective accumulation of human knowledge permits.

There is no better time to remember our collective values and listen across every divide. 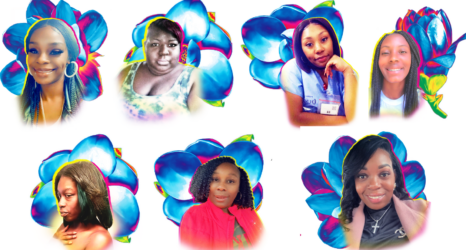