It’s time to talk about women’s economics with attitude. It’s time to laugh at what is often absurd and call out what is dangerous. By focusing on voices not typically part of mainstream man-to-man economic discourse, Women Unscrewing Screwnomics will bring you news of hopeful and practical changes and celebrate an economy waged as life—not as war.

You may have dreamed of a white Christmas—but events becoming whiter and more exclusively male in 2020 show signs of turning nightmarish.

In December 2019, there was reason for hope: Nancy Pelosi and the U.S. House impeached the president. The Democratic debates, although they grew whiter, still included two women. And the first ever female president of the Economic Policy Institute (EPI), Thea Lee, appeared on Samantha Bee’s Full Frontal—proving economists can be fully human and funny, and encouraging a whole flank of female economists, notably rare in this still whitest, mostly male and unfunniest realm.

Economists at EPI, a nonpartisan nonprofit focused on policies affecting middle- and low-income families, are more diverse than those at most economic think tanks in Washington, D.C. In late October 2019, Lee hosted a distinguished panel to discuss how the economic conversation changes when women enter the picture that included Janet Yellen, the first and only woman former head of the Federal Reserve, and Bucknell University professor Nina Banks, who described committee work seeking curriculum change at the National Economic Association. The youngest panelist, Harvard Research Scholar Kayla Jones described a new community of black women economists, named for Dr. Sadie Tanner Mosel Alexander, the first of her race to earn a Ph.D. in economics in 1921. (The Sadie Collective will hold its second national conference in Washington, D.C., Feb. 20-22, 2020.)

The life experiences of more diverse economists, Lee told Ms., promises a wider variety of perspectives and research into unique problems and solutions.

Lee’s own heritage is Jewish-Chinese. She started as a trade economist at EPI in the 1990s, and went on to work with the AFL-CIO, the largest labor organization in the country. Late in 2019, she told reporter Carly Stern at Ozy.com that men dominated the top ranks of both economics and labor during most of her career. “That’s made me feisty,” admitted the five-foot-two woman whose nickname at the AFL-CIO was “Big Labor.”

In December, she was appointed to the Congressional U.S.-China Economic and Security Review Commission—created in 2000 to help oversee trade war details, another hopeful development. She already served on the board of the nonprofit Congressional Progressive Caucus Center, helping to nail down the details of Alexandria Ocasio-Cortez’s Green New Deal on the horizon.

Then, just as 2019 came to a close, The New York Times revealed the backside of Trump’s 2017 tax cut, a more skyrocketing federal deficit than had first been predicted.

Two tax reform measures, publicly proclaimed as a way to get corporations to bring their money back from overseas tax havens and invest in jobs here, had acronym names: BEAT and GILTI—yes, you read that last one right—stands for Base Erosion and Anti-abuse Tax and Global Intangible Low-Taxed Income. Clear as mud.

These two changes, we’d been told with a straight face, would save the day and our jobs. But rewired by lobbyists with devilishly detailed new rules-making, these two measures became a booster rocket attached to our federal budget. Newly reinforced tax exclusions for the wealthiest sent our government’s revenues into an outer space void.

Our government begins to look as bankrupt as Trump’s Atlantic City casino. In 2018, the U.S. had the biggest budget deficit of any of the 36 developed nations that are members of the Organization for Economic Cooperation and Development; our drop in national revenue in 2018 was also the biggest.

Daddy Warbucks didn’t come to our rescue. Instead, we cut food stamps for our poorest families, a tiny drop in our federal deficit bucket. Middle East war-making has already cost us $6.9 trillion, according to a Brown University study cited by CNBC. Now thanks to a suspiciously timed “imminent threat,” an impeached president tweet-threats Iran with the Pentagon’s “brand new beautiful equipment.”

More privately held profits for those who own financial tools and transnational corporations means more freedom to exploit labor around the world. This privatized white male solidarity among the one percent keeps our U.S. wages stuck in the 1970s. Some of EPI’s most important research, Lee told Ms., is its analysis of the ratio, or relationship, between U.S. productivity and U.S. wages over the long haul.

For a little more than 30 years after WWII, from 1948 to 1979, and in a time when labor unions were more numerous, the two figures nearly matched. Overall productivity grew 108 percent, while hourly wages grew by 93 percent. In the nearly 40-year period from 1979 to 2018, productivity and wages parted ways. While production efficiency increased by another 69.6 percent, hourly compensation grew by only 11.6 percent.

The promise of “trickle down” was betrayed by policies favoring larger corporate profits—like Trump’s latest tax cuts—while squelching labor organizing. The result is growing inequality for a labor force more productive than ever.  Thanks to additional rule-making magic by Trump’s National Labor Relations Board, EPI also reports that workers’ rights have been rolled back at an unprecedented rate, reversing an intended mission to protect them.

Only Congress can enforce workers’ rights it once established by law. It’s the same Congress that needs to run a fair impeachment trial and curb presidents who go to war without counting the cost in lives, money or shame. The stock market is already rearranging investments to cash in on higher oil prices and armaments, but the resulting costs of commutes and taxes will come out of working family pockets.

Lee at the EPI helps make sure we can see clear details and add it up for ourselves.

Rickey Gard Diamond’s latest book, Screwnomics, is prompting EconoGirlfriend Conversations around the country, many sponsored by The Women’s International League for Peace & Freedom—US, and the non-profit An Economy of Our Own. Learn more at www.screwnomics.org and www.WILPFUS.org. 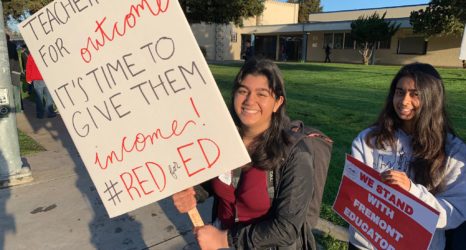 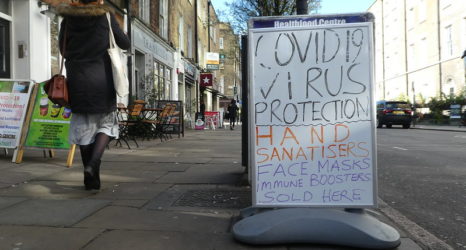 Economic Fallout from the Coronavirus Continues to Spread Rapidly