Equal Pay Day Is in March—But Equal Earnings Day Is Not Until October - Ms. Magazine
Skip to content

Have you ever seen an Equal Pay Day bake sale?

Originated by the National Committee on Pay Equity in 1996 and commemorated around the world, Equal Pay Day symbolizes about how far into the year the average woman must work in order to earn what the average man earns in the previous year.

Based on 2019 U.S. Census data on median wages for full-time, year-round workers, women now earn 82 cents in salary for every dollar earned by men.

So Equal Pay Day for Black women is August 13, for Native American women is October 1, and for Latinas is October 29!

For Asian American/Pacific Islander women it was February 11.

The problem with these figures is that the wage gap only includes wages. But earnings include a lot more than just wages. Other forms of compensation must be calculated in earnings—such as health insurance, retirement account contributions, bonuses, and self-employment income.

According to the Stanford Center on Poverty and Inequality, once you factor in these other forms of earnings, men actually earn 75 percent more than women—meaning that women on average earn only 57 cents on a man’s dollar.

A study by the Institute for Women’s Policy Research found an even greater gap when measuring total earnings, with women workers earning a mere 49 percent—less than half—of men’s earnings.

If Equal Pay Day was based on this more comprehensive measure of the gendered earnings gap, the day would fall much later in the year—more like October.

And for women of color, you’d have to wait until the next year!

Despite these miserable numbers, the Trump administration has proposed to roll back Obama-era measures to address the pay gap.

“The gender wage gap has not changed in a statistically significant way for over a decade,” testified Jessica Stender of Equal Rights Advocates at a recent hearing on the proposal.

If women’s earnings were equal to men’s, poverty for working women would be reduced by half and the U.S. economy would add $482 billion to its economy—2.8 percent of the 2014 GDP).

As women age, the income gap persists. Women are less likely to have pensions than men and they receive less social security on average than men—particularly poor women and women of color—in part because women’s care-giving labor for children, the elderly and ill family members is usually unpaid and given zero value in calculating Social Security payments.

As a result, women are 80 percent more likely than men to be impoverished at age 65 and older.

The COVID-19 pandemic is likely to amplify existing inequalities, as women take on more unpaid caregiving labor for children and ill family members and low-wage workers, who are disproportionately women, are hit the hardest.

Carrie N. Baker, J.D., Ph.D., is a professor in the program for the study of women and gender at Smith College and a contributing editor at Ms. magazine. Her 2007 book The Women's Movement Against Sexual Harassment won the National Women’s Studies Association Sara A. Whaley Book Prize. Her second book, Fighting the U.S. Youth Sex Trade: Gender, Race, and Politics, tells the story of activism against youth involvement in the sex trade in the United States between 1970 and 2015. You can contact Dr. Baker at cbaker@msmagazine.com. 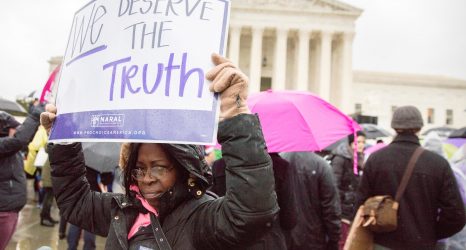 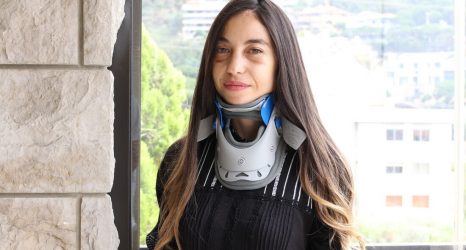 Women Carry An Undue Mental Health Burden. They Shouldn’t Have To

On June 13, the Whole World Should Be Watching Iran, Demanding Justice and Calling to #FreeNahid and #FreeThemAll
Women Carry An Undue Mental Health Burden. They Shouldn’t Have To
Women’s Health Protection Act Reintroduced in Congress: “Abortion with Dignity and Without Barriers”