Founder of the largest—and one of the only—diversity and inclusion initiatives focused exclusively on women of color in the film and television industry, Cheryl L. Bedford sees no use in maintaining the status quo.

With a BFA from New York University’s Tisch School of the Arts, an MFA from The American Film Institute, and twenty years of experience as a producer, line producer and production manager, Bedford has the industry savvy, determination and tremendous power of will to see and enact the changes the rest of Hollywood needs to embrace.

Bedford’s organization, Women of Color Unite, began as a relatively small networking event; invitations enjoined, “Women of Color…UNITE,” and Bedford funded the event herself—because of her deep belief that women of color needed a place to meet and support each other.

Now, a few short years later, WOCU has over 1200 members and serves as a “social action organization focusing on fair access, fair treatment and fair pay for women of color in all aspects of the entertainment and media industries,” according to its mission statement. This includes advocating for, promoting, educating and amplifying women of color content creators and crew.

As part of WOCU, Bedford and her dedicated team also run The JTC List (on Twitter: @TheJTCList), a continually updated list of WOC working in film and television in virtually every capacity, so those looking to hire can’t ever say they couldn’t find a woman of color who could do the job.

Currently, WOCU is partnering with The Bitch Pack (on Twitter: @BiatchPack) for the exciting #StartWith8Hollywood campaign, a diversity and inclusion initiative which challenges established industry folks to commit to mentoring at least eight women of color.

This interview took place in two parts, in October 2019 and June 2020. In the interest of full disclosure, the author is currently working with Bedford’s production company on a project.

Aviva Dove-Viebahn: You’ve spoken elsewhere about how difficult it was for you, when you first came to Los Angeles, to get invited to, or even enter the spaces, where networking and hiring was taking place. Tell me about the process of starting Women of Color Unite and The JTC List.

Cheryl L. Bedford: My friends tease me because I always say that I didn’t mean to become the leader of a grassroots movement, but that’s what I did.

My mom passed away in 2016. My mother was my best friend; she was an activist. A couple of years after she passed away, I guess I just wanted to follow in her footsteps. She marched on Washington. She marched for a woman’s right to choose. She’s from Baltimore—my mother could march!  And that’s how I grew up. I wanted to honor her legacy. Hence why the list is called The JTC list [named after Cheryl’s mother, Joan Theresa Curtis].

Later we turned the group into a non-profit.  I had to come up with a name and I went back to what the invite said: Women of Color Unite.

I’m not the type of person who will sit around and complain about something without action. So, I threw this event and invited 150 women of color—I used my tax refund and my savings to do it; they didn’t have to pay for anything—for us to get to know each other. I think one of the reasons that the industry has not changed a lot is because we’re not all in a room together. I wanted to make sure that no woman was turned away and I hired all women of color to run the event—even the caterers and sommelier. I just wanted to show that there are women of color all over the place doing everything. The main takeaway was that women of color want to help other women of color.

One woman said she needed a [director of photography] and hired someone right there that day. So, we created the JTC list on the spot, about a hundred women signed up, and then it just grew.

ADV: Do you have a favorite JTC list success story—a connection you helped make that you’re really proud of?

CLB: We actually had to create a section on our private platform for success stories, because I would go onto our Facebook page and see a success story I didn’t even know about. Women have gotten their content distributed. People have been hired to write feature films; I know someone who just signed a contract yesterday. Getting hired. Getting their project funded. Everything that we say, we have to start tracking it.

It’s not one thing: It’s the fact that we had to start keeping track of the successes because there were so many. That’s one of the things that I’m most proud of.  It works because it’s common sense.

I didn’t do anything special. Everybody has privilege—colorism, ageism, sizeism—we all have privilege. I have two distinct privileges. Number one, that my mother was Joan Theresa Curtis. Two, that I understand the educational privileges that I had.

People in the industry ask, “What’s your superpower?” I just see things coming. It’s really just deduction. I didn’t do anything special. When I created this list, I knew that lists alone don’t work; you can’t get someone to randomly hire someone off a list. So what was important to me was to get the women on the list in the same room with those who could hire them. It didn’t mean that people could get a job right then and there; it meant that people would begin to trust the list.  That’s the secret, but I don’t think it’s a secret.

The logical human reaction is to hire people that you know; I want people that I know and trust and like. It’s the same way that a friend can recommend a friend of a friend and you’ll hire that person. So it really came down to having people trust the list.

We rarely get these opportunities, so when we get it, once we’re in the room, we are on it.  I have yet to have somebody say: I hired somebody from the list, and they weren’t that good.

When I talk to studios and production companies, I ask them, “What are your actions? What actions are you going to take [to fix this disparity]?” I help plan actions for studios and companies for how to get more diverse in their hiring.

ADV: Can you tell me a little bit more about some of these actions?

CLB: I’m this weird hybrid because most companies have a diversity and inclusion department—they work in HR—but production is separate. People in HR do not understand production, so I noticed that there was a gap since most diversity and inclusion programs deal with above-the-line crew (directors, producers, writers). Very few people are talking about below-the-line crew, so I slid into that gap because I was the first chair of diversity development at New York Film Academy-Los Angeles.  I understand HR and, being a producer and, more specifically, a line producer. I know production.

ADV: Why is it important to advocate for both above-the-line and below-the-line WOC working in film and TV?

CLB: There’s one big way you can tell that other initiatives supporting women in the industry [mostly not focusing on women of color] don’t actually understand the way production works: Line producers aren’t included.

I’m a line producer. What is a line producer’s job? To hire all the heads of departments. How can you not include the person who hires for all the other departments? When a woman of color is in charge, we hire the way the world looks. We don’t need a diversity and inclusion initiative to do this. We automatically do it.

So, one of the things that I’m trying to do is raise money for what we call the WOCU Seal, Fair Access, Fair Treatment and Fair Pay. It basically will show that a company is interviewing and hiring 20 percent women of color. I’m not asking for anything more than showing that you’re hiring the way the world looks.

ADV: Can you talk a little bit why your #StartWith8Hollywood initiative, in partnership with Bitch Pack, is a necessary next step?

CLB: That was Thuc Nguyen’s idea [from The Bitch Pack].  She came out of tech where she started #StartWith8—with venture capitalists agreeing to talk to eight WOC.

One day I went on Twitter, and she had started #StartWith8Hollywood and tagged me.  I thought okay, here we go.  It was a perfect storm.  She started it and a couple of days later the Hollywood Reporter interviewed me.  We were off and running.

Women of Color Unite had the larger membership, so I asked for volunteers and folks stepped up. Now, we run the largest D&I program in the history of Hollywood.  All executives, producers, directors, etc., have to do is to meet with eight WOC for 15-60 minutes.

We started with screenwriters.  Cassian Elwes was the first to sign up.  Now it has naturally expanded. Mentors have to do one substantive thing for the mentee.  Depending on the mentee, it can be read a script, provide advice, make an introduction—just one thing to help eight WOC in the next step in their career.  We now have over 500 slots.  Mentees just email us with a short bio and their interests.  The volunteers match the mentors and mentees.

Everyone can do one thing for eight people.  And now no one can say they don’t know any women of color because they will know eight.  And it just keeps multiplying.  We are now the largest non-profit of WOC with the largest database.  Not bad for two and half years later!

Aviva Dove-Viebahn is an Assistant Professor of Film and Media Studies at Arizona State University and Contributing Editor, Scholar Writing Program for Ms. 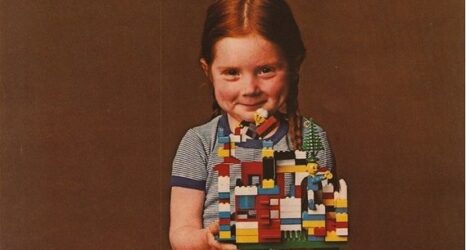 Dungarees, Tube Socks and T-Shirts: The Tomboy “Heyday” of the 70s and 80s

The Historic Nomination of Kamala Harris and What it May Mean for November
“We Have Her Back” Cautions Media Against Sexist VP Coverage
“A Good Day for Our Country”: Feminists React to Kamala Harris for VP