The U.S. Must Not Abandon Afghanistan - Ms. Magazine
Skip to content

I call on the Biden administration to revisit the May 2021 withdrawal deadline for not only the safety of Afghans, but the entire world.

The second round of negotiations between the Afghan government and the Taliban commenced in Doha earlier this month. After procedural rules were agreed upon by both sides in December 2020, Afghans are inching closer to resolve the decades-long conflict.

In this pivotal moment as the world watches how Afghanistan transforms, it is crucial to ensure that our efforts are substantive and sustainable rather than aiming to achieve short-term gains that can prove to be more damaging.

I recently met with the members of the Afghan government’s negotiating team and shared their enthusiasm and optimism to continue the peace process and focus on a cessation of violence and protection for vulnerable communities such as civil society. However, I was also alerted about the Taliban’s refusal to compromise on matters that are core to all Afghans, including a halt to the violence and a shared sense of praise for Afghan women and human rights activists.

After forty years of continuous violence and war, Afghans have never been closer to the possibility of peace and this golden opportunity requires keen attention and focus to successfully end the conflict. The world has invested in Afghanistan to ensure a peaceful transition so it is vital that the peace process is protected from ill-guided misconceptions.

A key component of the agreement links the withdrawal of American troops to the Taliban’s disengagement from Al-Qaeda. However, a Pentagon report and a United Nations investigation last year both illustrate how the Taliban and Al-Qaeda have kept communication throughout the former’s meetings with American officials to reassure Al-Qaeda that their historic ties will be honored. The United Nations official stated, “Al-Qaeda are heavily embedded with the Taliban and they do a good deal of military action and training action with the Taliban.”

Moreover, withdrawal should be based on conditions on the ground, not arbitrary deadlines. I call on the Biden administration to revisit the May 2021 withdrawal deadline for not only the safety of Afghans, but the entire world. A premature withdrawal would harm American security so Afghanistan’s stability must be considered an essential element of U.S. national security to avoid another terrorist attack on its homeland.

An insecure Afghanistan is a breeding ground for terrorist operations sponsored by neighboring countries. These regional actors have used Afghan refugees in a proxy war in different countries.  Pakistan’s history of providing support to the Haqqani network has led to the deaths of several American troops and the disruption of the American mission in Afghanistan. There are an estimated 20 terrorist organizations operating in Afghanistan, posing a security risk to the region and to Western nations. A withdrawal with no form of accountability and guarantee of freedoms would see Afghanistan become a haven for terrorist activities once again.

As negotiations in Doha progress, the reality in Afghanistan remains grim. In 2020, over 1,460 Afghan civilians and 3,370 security forces were killed with the majority of the deaths being attributed to anti-governmental elements such as the Taliban and other terrorist groups like the Islamic State. In one week alone in October 2020, the Taliban staged over 350 attacks in nearly every province of the country.

Although Afghanistan is not a stable country and requires international assistance, Afghans have continued to fight to develop and maintain strong democratic institutions while progressing equal rights for women in every level of society.

However, the course of this peace process enabled by the Trump administration has threatened that progress by not holding the Taliban accountable. Since the beginning of the peace talks last September, Taliban violence has increased by 50 percent.

Attacks on Afghan journalists and activists in addition to targeted assassinations skyrocketed after the peace talks were initiated. This past year, five journalists and three crew members were targeted and killed. Although the Taliban have denied their involvement in these killings, the volatile environment they have created and sustained in Afghanistan emboldened other terrorist cells and criminal organizations to act as a spoiler, leaving civilians vulnerable. My fellow colleagues and friends at the Afghanistan Independent Human Rights Commission (AIHRC), Fatima Khalil and Ahmad Jawad Folad, were killed by an explosive device this past June.

The hardworking, brave Afghans who continue to strive for peace are in constant danger due to the Taliban’s war of attrition and the Afghan government’s inability to protect its citizens. This is the reality on the ground and the flame will only become larger if there is a premature withdrawal.

The Taliban’s statements of providing a space for women and civil society are inconsistent with their actions in Afghanistan. The group continues to threaten the livelihoods of peace activists, implying a regressive future if the Taliban leadership become powerful brokers in the government. The Taliban’s unjustified, cruel attacks continue to affect every aspect of Afghans’ lives.

Protections for women, journalists and activists are required for all Afghans to support the peace process as the daily carnage is simply counterproductive to end the war. I call on all parties in Doha to respect women’s rights, the rights of minorities and our democracy to sustain our gains made in the past 20 years and create a path to prosperity. We need to focus on the Afghans who have suffered the most: the mothers, daughters, sons and fathers of our nation who have continued to face the brunt of the violence. A dialogue composed of closure, acknowledgement, reparations, restitutions and protections serve as the foundation for Afghanistan’s success.

The current war and progression of the peace process has indicated that the democratic values Afghan women and men have fought and sacrificed their lives for are at risk if the Taliban are allowed to have a monopoly of power. In 1992, the international community abandoned Afghanistan, which resulted in civil war, the rise of the Taliban, and, ultimately, the 9/11 attacks on the U.S. by extremists.

Afghans understand that our young democracy is worth fighting for and we need the support of our friends and allies to stand with us and not to abandon us again in this critical time of our history.

Her identification: Dr. Sima Samar is the former chair of the Afghan Independent Human Rights Commission. 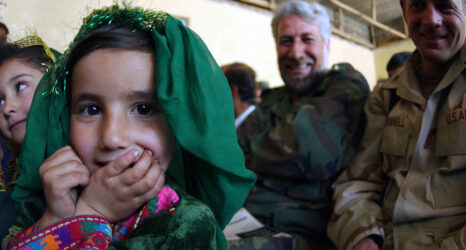 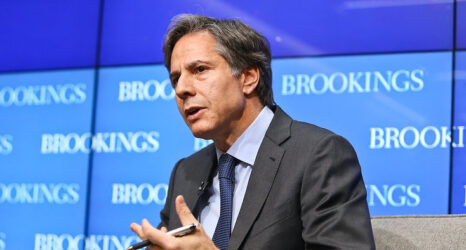 Antony Blinken: Taliban Cannot Be Trusted With U.S. Security and Gains Must Be Protected

“Madan Sara” Tells the Story of Haitian Women Both Ordinary and Extraordinary
Other Countries Have Safety Nets. The U.S. Has Mothers
The Fab Five: Shattering L.A. County’s Glass Ceiling