“Women like Mary Church Terrell and Mary McCleod Bethune. Fannie Lou Hamer and Diane Nash. Constance Baker Motley and Shirley Chisholm. We’re not often taught their stories. But as Americans, we all stand on their shoulders.”

And it’s true—we are not taught the histories of earlier generations of leading Black women.

Over a decade ago, I discovered that there were only children’s and young adult biographies of Mary Church Terrell (1863-1954). My initial surprise that this pioneering Black intersectional feminist and civil rights activist was left out of history quickly turned into a determination to uncover and share Terrell’s fascinating story of life, love and activism.

Dedicating myself to writing her biography, I read all I could find about Terrell. Histories of the women’s suffrage movement suggested that Terrell had agreed to march in a segregated section at the back of the 1913 national votes for women parade. In these accounts, only Ida B. Wells-Barnett refused to be segregated.

The more I learned about Terrell’s lifelong militancy—including her later decision during World War I to bring her teenaged daughter to join the National Woman’s Party in peacefully picketing the White House—the story of Terrell’s capitulation to discrimination seemed increasingly unlikely.

The real story is more interesting and empowering—as the excerpt below from Unceasing Militant: The Life of Mary Church Terrell illustrates.

Mary Church Terrell found inspiration in the transatlantic white suffrage movement’s daring tactics. She attended addresses by a variety of activist women, including one by “Mrs. Pankhurst, the ‘Militant Suffragette.’”

Mary noted in her diary that she had “enjoyed her address immensely.” Impressed by the radical protest tactics of the British suffrage movement, she hoped to participate in direct action in the United States.

The opportunity came on March 3, 1913, only months before she took her daughters to Oberlin, when Terrell proudly marched with other African American suffragists in the first woman suffrage parade held in the nation’s capital. It gained much media attention, for it was planned for the day before Woodrow Wilson’s inauguration, which had drawn reporters from all over the nation and world.

The 1913 march, a seminal event in the history of the campaign for women’s voting rights, is well known for being marred by the attempts of white suffrage leaders to block African American women’s equal participation. Alice Paul, a young, white, college-educated Quaker, organized the march for the National American Woman Suffrage Association. Hoping to curry the favor and participation of white southern women, Paul first planned on excluding Black suffragists and then hoped to segregate them at the very end of the parade.

Many historical and popular culture accounts still wrongly assume that Paul achieved her goal. They describe Ida B. Wells-Barnett’s defiant insertion of herself in the Illinois delegation as the exception to Black women’s capitulation to forced segregation. Some even assert that Terrell capitulated and agreed to be segregated.

In fact, African American suffragists, including Terrell, marched throughout the parade. Some marched together and some in primarily white delegations organized by occupations or interests. Those who joined state delegations were, indeed, at the back, but only because organizers had a carefully choreographed chart for the parade and planned for all the states to assemble there.

The Black Chicago paper the Broad Ax captured the scene that day:

“The Equal Suffrage Parade Was Viewed by Many Thousand People from All Parts of the United States. No Color Line Existed in Any Part of It. Afro-American Women Proudly Marched Right by the Side of the White Sisters.”

Mary Church Terrell, the “face of the African American women’s suffrage activism,” served as a mentor to Howard University’s new Delta Sigma Theta Sorority, whose members organized themselves in order to take an active role in politics and reform movements, starting with their participation in the march. Terrell, who wrote the oath for the Deltas and became an honorary lifetime member, negotiated with Alice Paul on their behalf. The Howard University students wanted to march together, so the key question was whether they would be able to march alongside the other contingents of college women.

A wire from the NAWSA to Alice Paul on the day of the parade insisted that Black suffragists be allowed to march without restrictions. The 25 Deltas took their rightful place as a contingent from Howard University alongside the other college delegations, dressed in their caps and gowns. Terrell described the last-minute negotiations:

“When some of the suffragists objected to having the colored girls of Howard University march in the parade, it was Inez Milholland who insisted that they be given a place with the pupils of the other schools.”

(Terrell had first met reformer John Milholland and his family in London in 1904 and was particularly struck with Milholland’s intelligent eighteen-year-old daughter, Inez. By 1913, the two women were working together for suffrage.)

Terrell’s friend Carrie Clifford recounted in The Crisis that a formerly enslaved “old mammy” from Delaware proudly marched for black women’s voting rights, too. An article in the Philadelphia Inquirer noted:

“Seldom has there been witnessed anywhere a more beautiful spectacle than the pageant of suffragettes. . . . There were young girls of sixteen and old women of eighty. . . . There were girls from all the colleges. ‘Votes for negro women,’ received recognition in the presence of a large delegation of dusky suffragettes from West Virginia. A group of white schoolboys marched, too, saying, ‘We want our teachers to vote.'”

An April 1913 editorial by W. E. B. Du Bois described the politics surrounding the participation of African American suffragists:

“The woman’s suffrage party had a hard time settling the status of Negroes in the Washington parade. … Finally an order went out to segregate them in the parade, but telegrams and protests poured in and eventually the colored women marched according to their State and occupation without let or hindrance.”

Du Bois captured the fluidity and chaos of the situation as well as the resolve of the Black women who organized, protested, and won the capitulation of NAWSA and Alice Paul. It is not surprising that historians and stories in popular culture have gravitated to a simplistic story with a clear narrative arc and one heroine—the story that only Ida B. Wells-Barnett defied the segregation strictures while all others capitulated—but it is not accurate. When they took their rightful places throughout the parade, Terrell and the other African American suffragists acted with assurance, pride, and determination.

Adapted from Unceasing Militant: The Life of Mary Church Terrell by Alison M. Parker. Copyright © 2020 by the University of North Carolina Press. Used by permission of the publisher, www.uncpress.org.

​Alison M. Parker is history department chair at the University of Delaware. She has research and teaching interests at the intersections of gender, race, disability, citizenship and the law in U.S. history. Unceasing Militant: The Life of Mary Church Terrell is now available (University of North Carolina Press, John Hope Franklin Series in African American History and Culture, 2020). Parker is also the author of two historical monographs, Articulating Rights: Nineteenth-Century American Women on Race, Reform, and the State (2010) and Purifying America: Women, Cultural Reform, and Pro-Censorship Activism, 1873-1933 (1997). She has also co-edited three anthologies and authored numerous articles and book chapters. 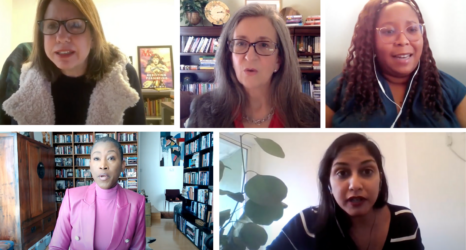 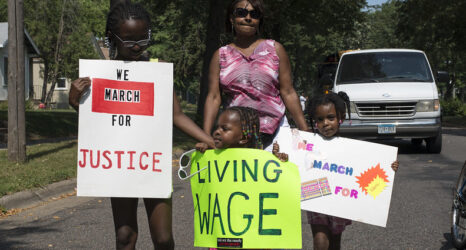