The safety of vaginal births after cesarean has been well-documented. So why do so many U.S. hospitals and providers ban vaginal birth following an earlier C-section?

Like anyone else, people in labor have the right to refuse any medical procedure—but hospitals have consistently pushed people into unnecessary cesarean sections through policies known as vaginal-birth-after-cesarean, or VBAC, bans.

VBAC bans are policies that refuse all patients the opportunity to try for a vaginal delivery birth after a previous C-section birth. In addition to being a violation of basic consent, these bans are against the recommendations of the American College of Obstetricians and Gynecologists, the National Institute of Health, and the World Health Organization.

If the Biden administration is truly committed to reproductive health, it should address this consent problem in U.S. maternity care.

Because a patient’s individual circumstances influence the type of care they need to give birth safely, VBAC is not right for everyone. One common reason for banning VBACs is that hospitals fear they don’t have the right facilities in the case of uterine rupture—a rare but dangerous risk that becomes more likely with multiple previous cesareans.

That said, the safety of VBACs has been well-documented by U.S. and international peer-reviewed studies in major medical journals. According to a National Institute of Health study, which recommended removing VBAC bans, “About 75 percent of women succeed in delivering vaginally after a previous cesarean.” Likewise, the U.K.’s Royal College of Obstetricians and Gynecologists reports “the overall success rate of a planned VBAC is 72-75 percent” and jumps up to 90 percent if the pregnant person have previously had an uncomplicated vaginal delivery.

Despite these promising statistics, global numbers show an inconsistent range of country-level support for VBACs. In Germany, Ireland and Italy, the percent of births by VBAC is 29-36 percent. In Sweden, Finland and the Netherlands, it’s 45-55 percent. And in the United States, it is only 13.3 percent—less than half the rate of comparative countries.

How common are these bans really?

Data from The International Cesarean Network (ICAN), who called hospitals throughout the country to find the number of bans, discovered that every state has at least some hospitals with bans. In five states, over half of hospitals had VBAC bans in place, and D.C. and Puerto Rico were the only areas found to have no active bans.

But it’s hard to pin down an exact number of how many U.S. hospitals have formal VBAC bans, since hospitals are not required to disclose their policies unless asked (which patients might not know to do). Even then, some hospitals have had de facto bans that they do not disclose—a deliberate violation of informed consent. Moreover, robust evidence from obstetric violence scholars shows some doctors have their own personal preference to refuse VBACs regardless of hospital policy or patients’ consent.

Can VBAC bans be used to force people into surgery?

Legally, every person has the right to refuse or request any delivery option, and hospital policy is not supposed to override a person’s consent. But in reality, completely banning a method of delivery is taking away the conditions for meaningful consent. Saying “yes” is only real consent if there is the opportunity to say “no” and have that “no” respected.

Personal stories through birth rights organizations such as Birth Monopoly and Evidence Based Birth, and accounts by doulas, show a trend of VBAC bans being used to misinform and coerce patients into surgery. Improving Birth offers substantial evidence on how hospital policies have been used to coerce not only patients into receiving cesareans, but doctors and nurses into believing that VBAC bans are acceptable and legal.

Most patients do not have the information to push back against what they’re told is a mandatory policy because people assume hospital policy is law. And for vulnerable populations—like LGBTQIA+, BIPOC, and immigrant communities—self-advocating can be dangerous. The credible fear that state child services will be called to take newborns away as a punishment for “non-compliance” is enough to coerce behavior, particularly among marginalized groups. As with health inequity generally, medical racism also manifests itself in VBAC bans with Black and Hispanic families, those least likely to be supported by birthing professionals, having the worst disparities.

VBAC Link offers advice on how to refuse a cesarean, though it is unclear how this works in practice.  These bans are especially dangerous if someone lives in a maternity care desert—an area with limited or no access to maternity care services—which according to the March of Dimes, is approximately 7 million U.S. women.

For many people, the nearest hospital to them may be their only option.  And if that hospital is one that bans VBACs, this amounts to having no choices at all.

How can the Biden administration address the current state of VBAC bans?

The Biden administration could take at least the following steps:

Getting rid of VBAC bans means challenging medical, legal and social power, so it will not be solved with a single policy.  However, this should not stop the Biden administration from getting involved and supporting the rights of those who give birth.

Ultimately, medical decisions should be made with informed consent between patients and their providers, but VBAC bans are a violation of that consent because they demand surgery in all cases. An individual provider recommending against VBAC on a case-by-case basis is a responsible, ethical thing to do; a hospital banning VBACs for every patient is unethical and harmful.

Amber Vayo is a PhD candidate in political science at the University of Massachusetts specializing in reproductive justice and public law. When she’s not writing her dissertation, she’s working as a childbirth educator, and is the founder of Crossroads Support Service, an organization focusing on postpartum, abortion, adoption, and birth loss support. You can follow her on Twitter. 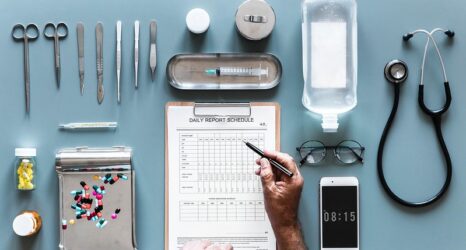 Too Often, Daughters Are Family Caregivers. Better In-Home Care Options Would Change That 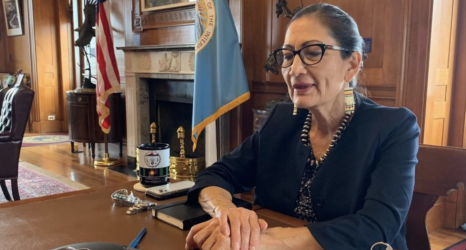 Pushed to be Betty Draper, I Was Always More Like Don
Keeping Score: VP Harris Becomes First Woman to Hold Presidential Power; Rep. Gosar Censured for Violence; 2021 Is Deadliest Year for Trans People
The Repression of Women in Afghanistan, Iran and Pakistan: A Human Rights Issue