Prison’s Brutality By the Numbers

Every day in the U.S., women endure the torture of solitary confinement—kept in cells the size of small closets for over 22 hours a day, isolated and alone, wondering if the state will execute them.

Sabrina Butler-Smith spent six and a half years behind bars—almost three of them on death row—before she was exonerated and set free. She may have been proven innocent, but after being caged in a six by nine foot cell, Butler-Smith told Ms., “You’re never the same.”

She had to teach herself how to walk with shackles around her waist, ankles and hands, stand naked in front of officers inspecting her body, and listen to a guard tell her when she arrived, “You will die here.” During hot summers, she would cling to the floor of her cell to stay cool. Without any air conditioning, it was the only way.

She went from being Sabrina to being labeled “Inmate 91452.” After 27 years of freedom, she still remembers her number.

Women are uniquely affected by lengthy incarceration, with many worrying about who will care for their children while they are locked up, Butler-Smith told Ms. At least 75 percent of the women currently serving death sentences are mothers, according to data compiled by Ms.

Some women have filed human rights complaints, including claims over their treatment in solitary confinement. Brenda Andrew—who was sentenced to death 18 years ago in Oklahoma after being sex-shamed by prosecutors during her trial—has spent freezing winters without the warmth of sunlight, according to a petition to the Inter-American Commission on Human Rights filed by her legal team last year. For 16 years, her only contact with other incarcerated people was a haircut every three months, the petition says. It took over a decade to get permission to receive weekly visits from her priest.

Efforts to reduce the use of solitary confinement in the U.S. have succeeded in some states, as prisoners win lawsuits arguing that the automatic use of solitary confinement violates their Eighth Amendment right against cruel and unusual punishment and the 14th Amendment right to due process, according to an analysis in the Texas Journal on Civil Liberties & Civil Rights. Merel Pontier, the lawyer who conducted the analysis, managed to free Clinton Young from death row early this year after Texas’ highest court for criminal cases granted him a new trial.

In late April, Florida became the latest state to change its policy on automatic permanent solitary confinement, promising in a legal settlement to allow some people on death row to spend more time outside their cells, the Tampa Bay Times reported.

Women like Debra Milke, who was exonerated 25 years after a death sentence, and Butler-Smith, still suffer the harms. Milke describes witnessing women cut themselves, being deprived of physical contact, and being forced to live in filthy, graffiti-covered conditions. She tells Ms. of pleading through her door for sanitary napkins as her requests were repeatedly ignored, and timing when to use the bathroom to avoid officers looking in on her. But somehow, she found a way. She listened to soothing instrumental music, taught herself algebra, and read books to get by.

“I would try to take myself out of the prison and pretend I was somewhere else,” she told Ms.

She is finally somewhere else now, but she struggles not to isolate herself, to overcome the pain of more than two decades in a place that made her feel “like a zoo animal in a cage.”

Milke had been imprisoned in Arizona, which ended its policy of automatically placing people sentenced to death in indefinite solitary confinement in 2017. In 2019, a federal court in Virginia ruled that confining people for 23 hours a day in cells the size of a parking space was unconstitutional and “created a substantial risk of serious psychological and emotional harm.”

There is life after death row for the few women who have been freed.

Sunny Jacobs, who spent almost 17 years behind bars before regaining her freedom, used her time in prison discovering the techniques of yoga and meditation to forge an “inner life” she now relies on to help people exonerated after a death sentence.

She faced her partner’s execution while she was behind bars and couldn’t say goodbye. She faced five years of 24 hour days in her cell with only twice a week visits to a shower, she said. She could only tell time based on the delivery of her meals. But, she tells Ms., through her practices of breathing, yoga and meditation, she found a way to live.

“I realized, well I’m still in charge of my life. They’re not,” she said. “They just have my body confined, but there’s so much more to me than that. And then from there I had to realize that if there’s more to me, then there’s more to everybody else too. And that we’re all spirits here on our journeys.”

In Their Own Words

Natalie Schreyer is a freelance journalist and executive producer of the documentary film “And So I Stayed.” 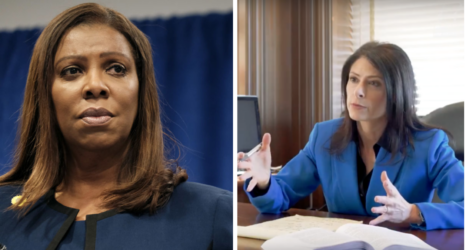