"On the Issues" with Michele Goodwin is a product of Ms. magazine—where we report, rebel and tell it like it is. On this show, we center your concerns about rebuilding our nation and advancing the promise of equality. Join academic and activist Michele Goodwin in conversation with feminist politicians, thought leaders and change-makers as we tackle the most compelling issues of our times.

New episodes drop every other Tuesday.

Tips, suggestions, pitches? Get in touch with us at ontheissues@msmagazine.com. 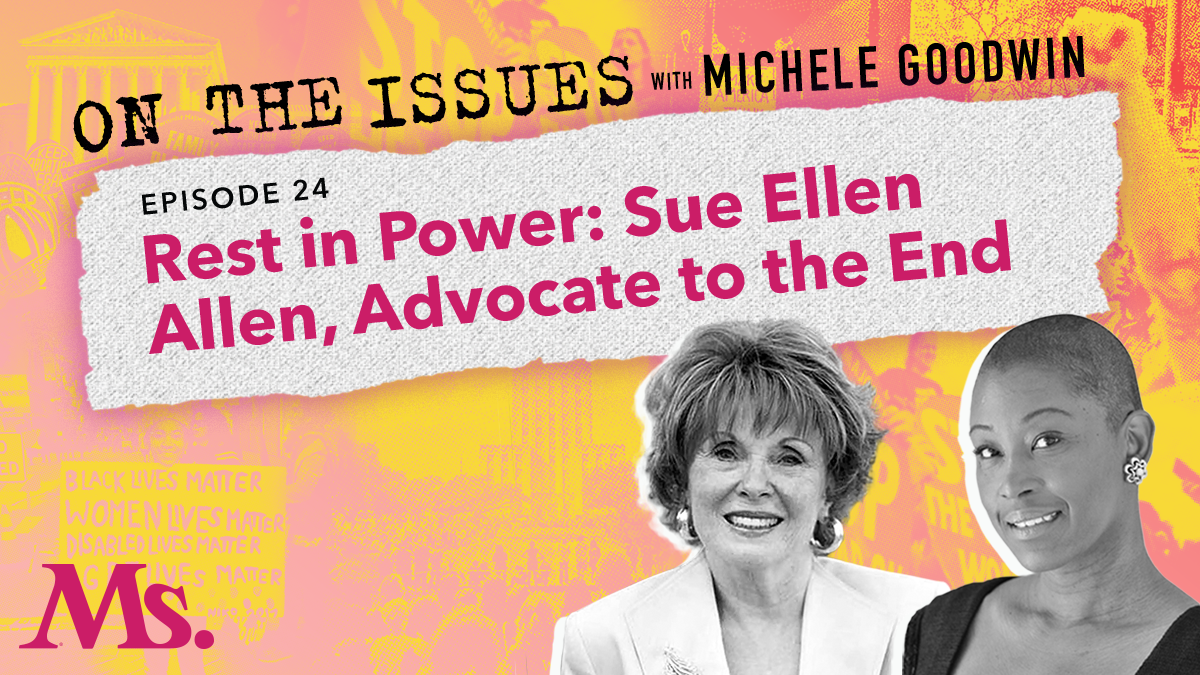 In this episode, we remember our friend and advocate for women in prison, Sue Ellen Allen, who died this week on February 24, 2021.  In the latter part of her life, she became an internationally renowned advocate for incarcerated women and girls.  She championed banning the box, promoting reentry, and protecting the integrity and dignity of people tethered to the criminal justice system. She was a reformer.  She spoke with tremendous grace and power about being formerly incarcerated. 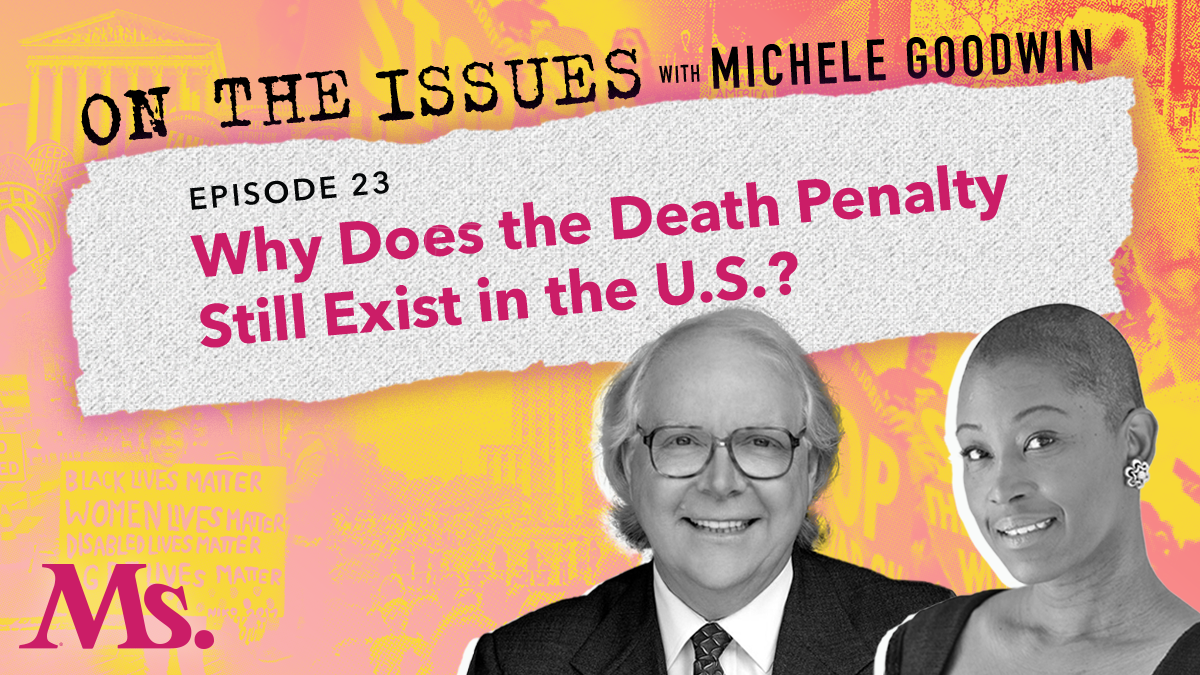 President Trump’s spate of executions began six months before Biden’s inauguration, with six executions occurring in the period after he lost the election. Overall, the former president oversaw “the most consecutive civilian executions by the federal government or any state in the 244-year history of the United States” and “ended a 17-year bipartisan federal moratorium” on executions, according to this week’s guest Stephen Rohde. What purpose does the death penalty serve? How have race and racism marked the implementation of the death penalty? Is there ever a humane way to kill another person? With public support for the death penalty waning in the U.S. and across the world, how can the U.S. continue to justify it, both federally and in individual states? 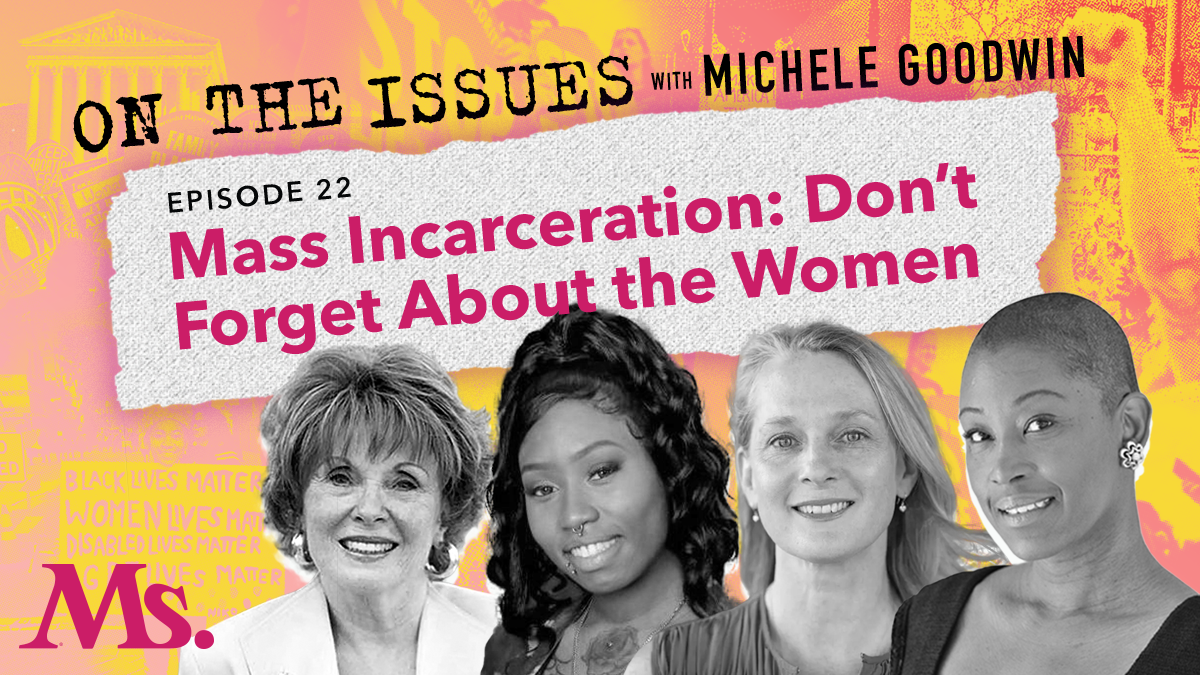 Women make up the fastest growing incarcerated population in the U.S—yet, politicians and the media frequently frame incarceration as an issue that affects only boys and men.  Why is so little attention paid to women and mass incarceration?  What does the failure to include women in the analysis on mass incarceration mean for communities, families and the women themselves? What are the unique challenges women and girls face behind bars and after they are released? 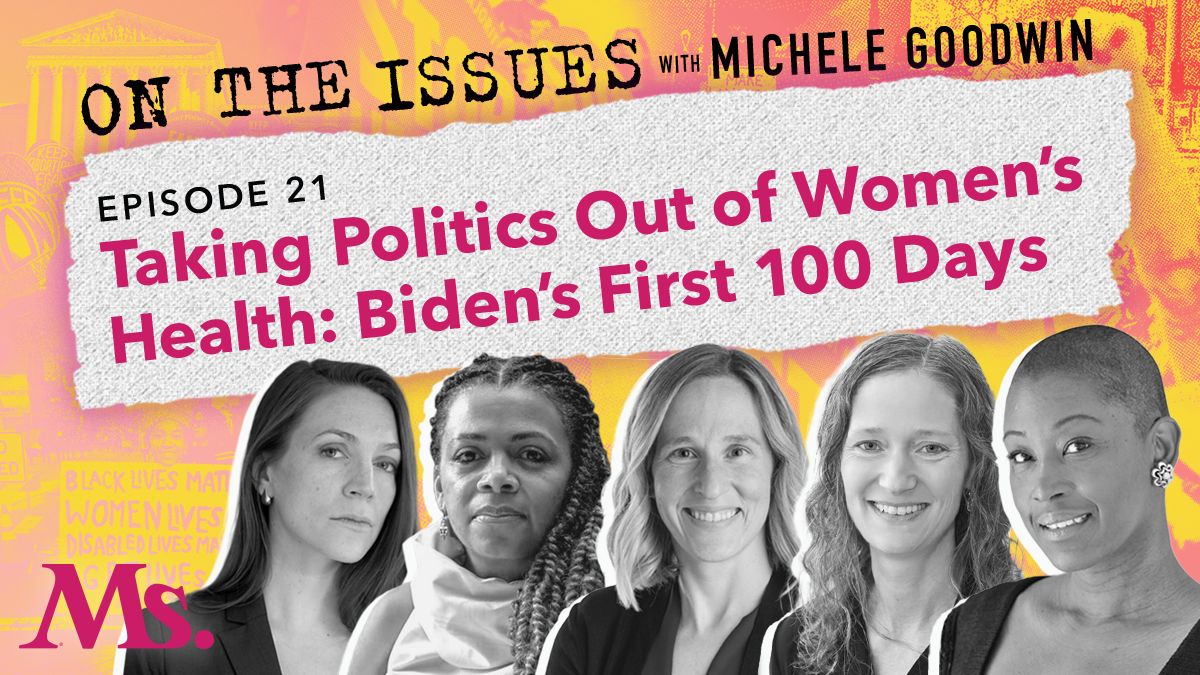 Friday, January 22 marked the 48th anniversary of Roe v. Wade, the Supreme Court’s landmark decision affirming a constitutional right to abortion. Yet, decades later, reproductive health care access remains illusory for many women and people of birthing capacity.   Is the constitutional right to abortion a reality today? If so, for whom? How has the COVID-19 pandemic impacted women’s health and exacerbated existing disparities? What can we expect from the first 100 days of the Biden-Harris administration? What is the status of reproductive health, rights and justice—48 years after Roe? 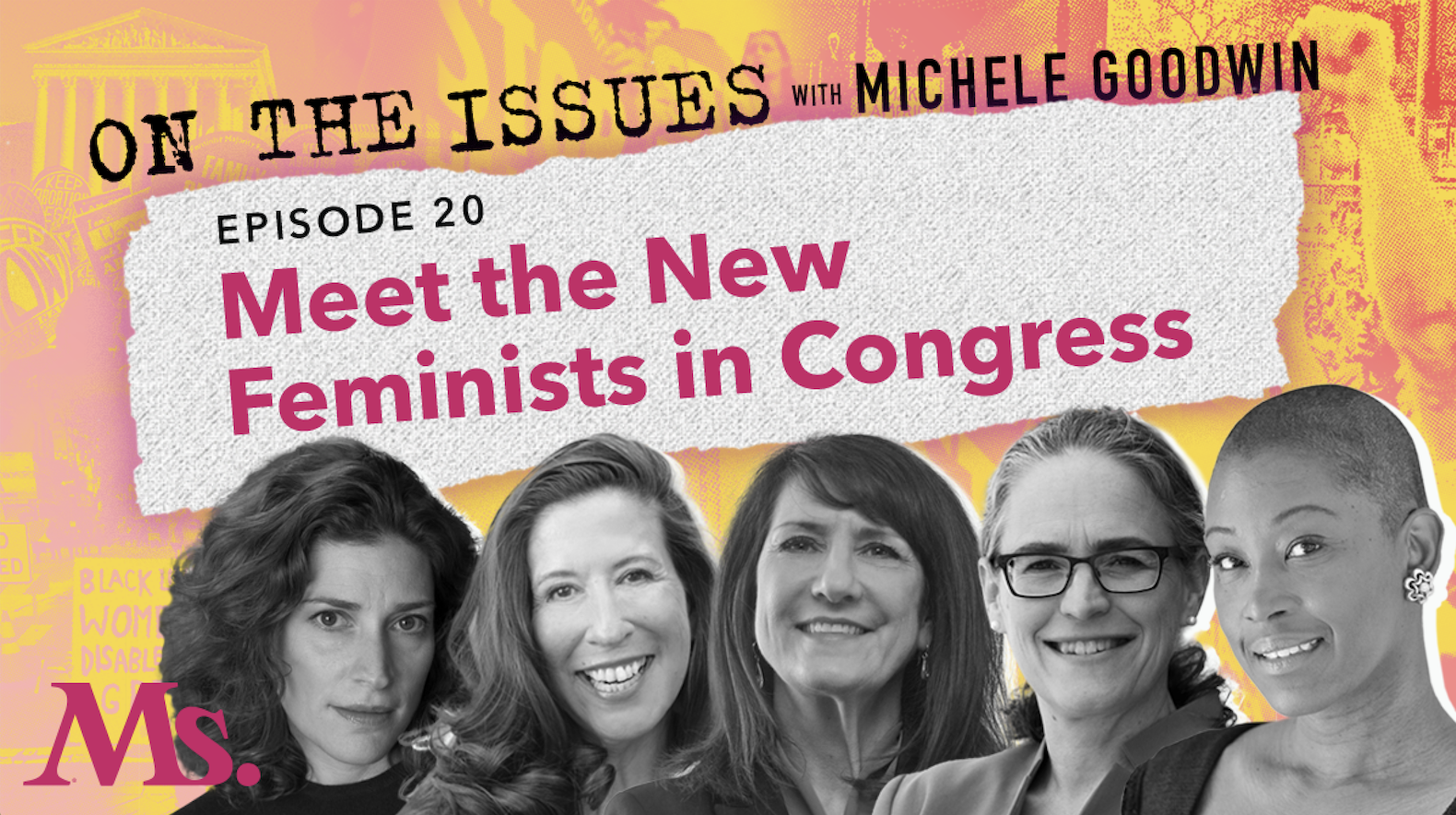 On today’s show, we planned to introduce listeners to the new feminists in Congress—and we do.  But, in the period since our team at Ms. curated the design and content of this episode, another shoe has dropped in American politics: the insurrection.

We examine what the Jan. 6 riot and insurrection at the U.S. Capitol signify for our nation, including what we can learn from it. Why did it happen? Will the president be impeached?  And what does this atmosphere mean for the new feminists in Congress? 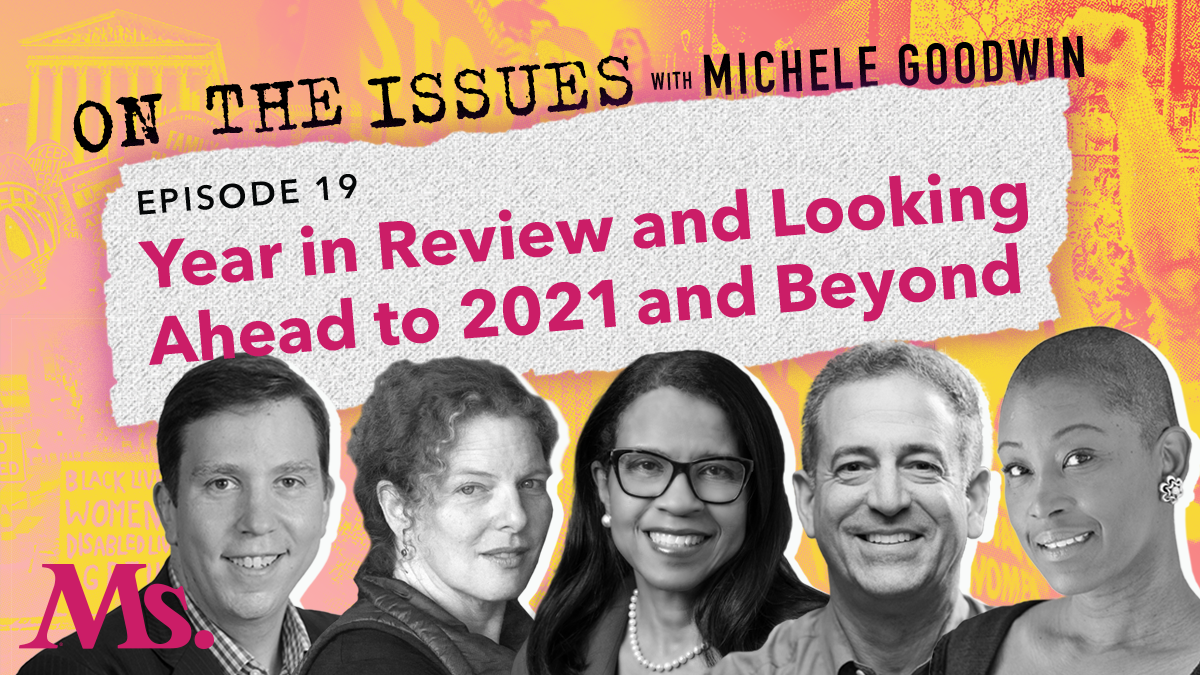 This year has been defined by the COVID-19 pandemic, a reckoning on racism and policing in America, the 2020 election, and the ongoing fight for justice.    What does the 2020 election and the Biden/Harris win mean for our democracy? How important is the outcome of the Georgia runoff for the incoming administration? Where are we on immigration? How are we to undo the damage to our federal courts and address the legitimacy of the U.S. Supreme Court? How do we reckon with the racial unrest that exists in our country—especially when it comes to police violence? What hope lies ahead in the realm of reproductive health, rights and justice? Government leaders worldwide met the election of President-Elect Joe Biden with a collective sigh of relief. But while many celebrate Biden’s win, many still wonder if the possibility of another presidency that devalues global treaties and relationships related to protecting global health, the environment, and stemming nuclear proliferation is in America’s future.

How is the U.S. viewed abroad? What are the opportunities and challenges ahead for the next administration? Where are the biggest tensions in U.S. foreign relationships and diplomacy? Does the U.S. have an international legitimacy problem? The world has witnessed amazing leadership from women in other nations, especially during COVID—so what can the U.S. learn from that? 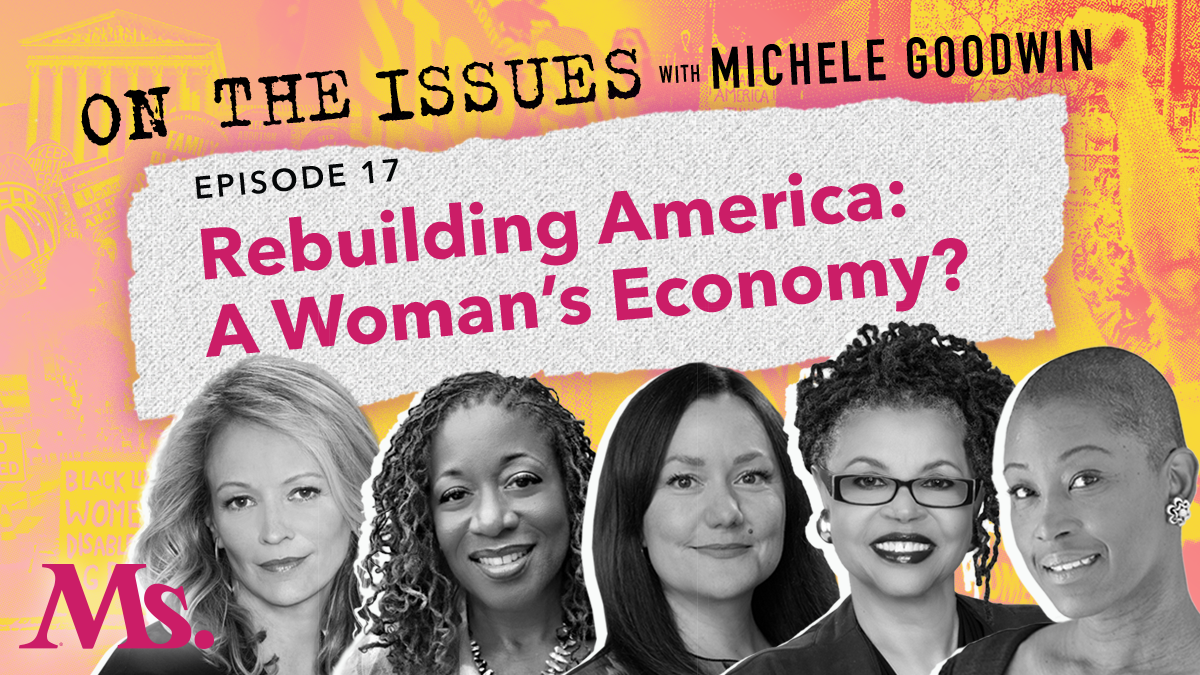 COVID-19 has had an undeniable negative impact on the economy—an impact felt most deeply by women, especially women of color. Women are being pushed out of their jobs and there are significant barriers to pursuing new ones—from an imbalance in the division of household responsibilities, to stagnancy and job loss in women-dominated industries like retail, dining and the government sector.
What should be at the top of the economic agenda for the Biden-Harris administration? How should women fend for themselves in a COVID economy?  What are the keys to negotiating for what women deserve? 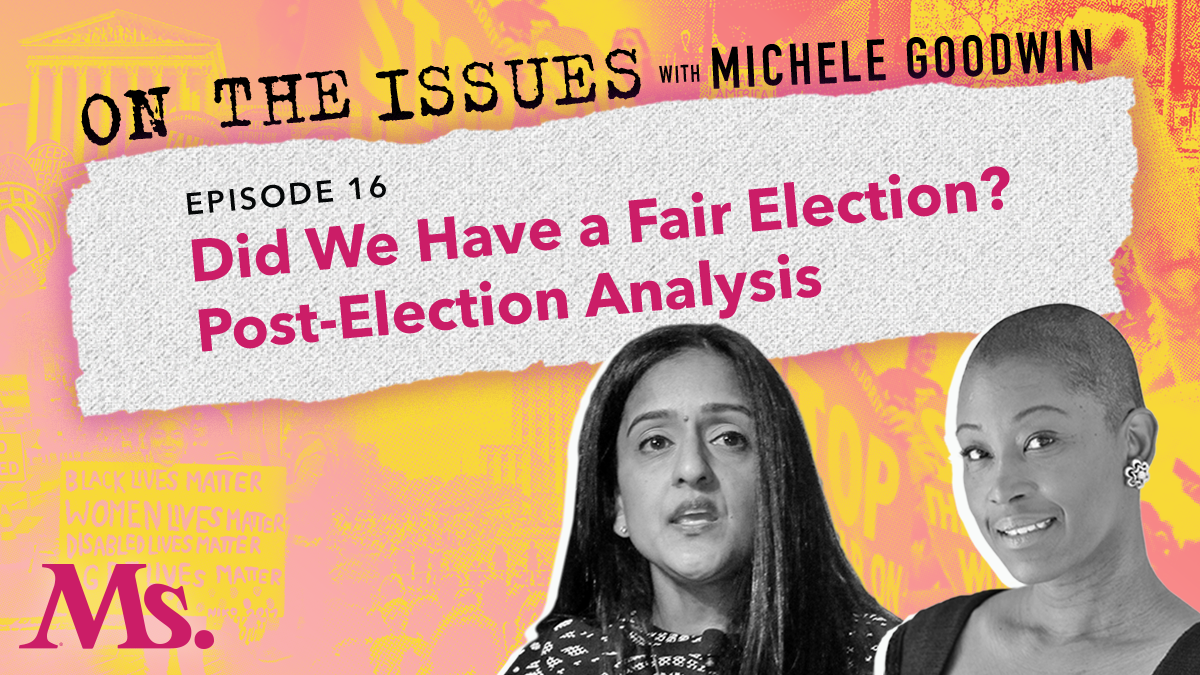 On Saturday, Nov. 7, 2020, Joseph Robinette Biden, Jr. was elected the 46th president of the United States. Vice President-Elect Kamala Devi Harris made history becoming the first woman, the first Black person, and the first South Asian person to ever hold the office. This news resulted in widespread celebrations throughout the country and all across the world. Additionally, a significant number of down-ballot victories also mark historic milestones in U.S. politics—including countless firsts for people of color, LGBTQ+ candidates and women.

But while there is cause for celebration, there is more work to be done and more questions to be asked. Was the election free and fair across the nation? What did we learn from this election? Where and how did democracy flourish? What does the 2020 election mean for our democracy, our courts, and our state and federal agencies? 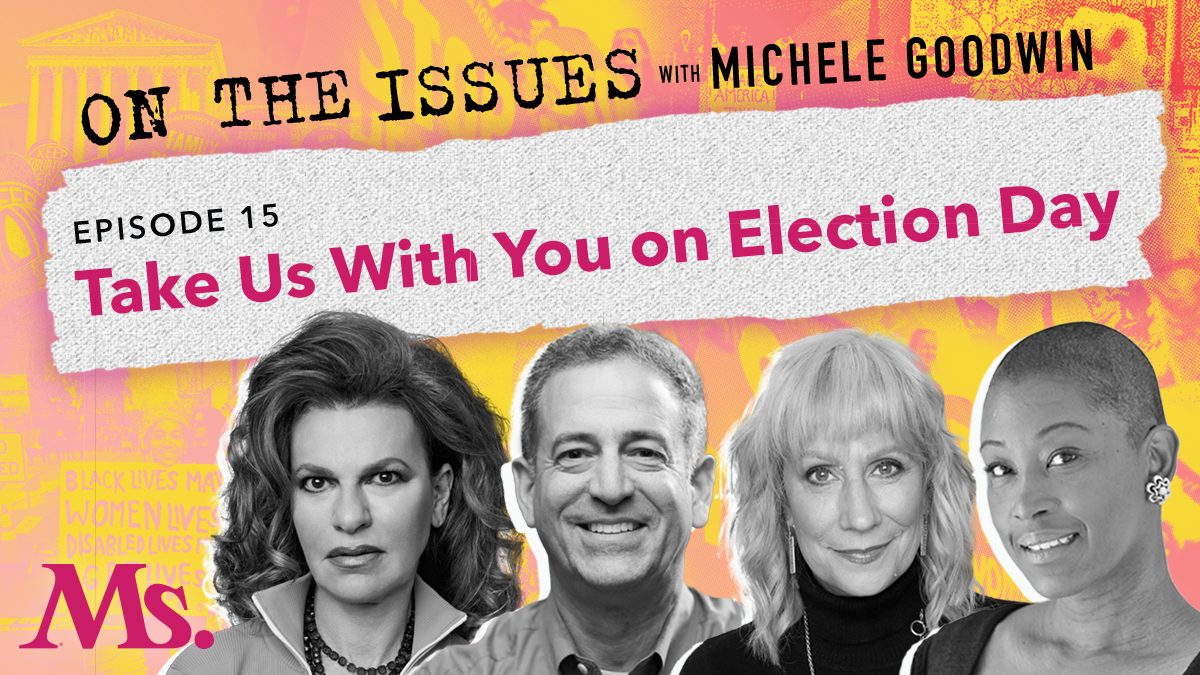 Dr. Goodwin and her guests answer some of your pressing election questions—and have a bit of fun. Let them keep you company (and keep you calm!) while you wait for results. 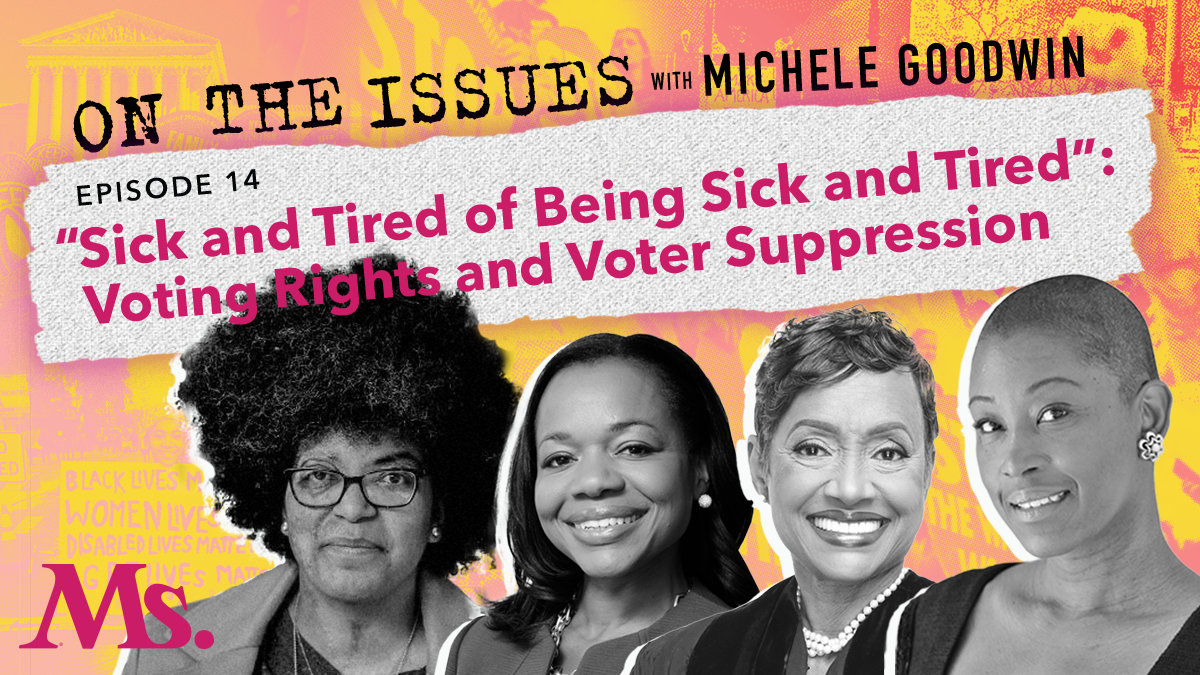 At the 1964 Democratic National Convention in Atlantic City, voting activist and civil rights leader Fannie Lou Hamer described the violent injustice she and others had endured while living under the South’s Jim Crow rules and fighting for the right to vote: “I am sick and tired of being sick and tired!”

Over 50 years later, ahead of the 2020 election, we see record early voting across the country. Even so, serious efforts aimed at voter suppression persist, including curbing access to mail-in voting and shutting down polling locations.

So, what are the biggest threats to voting rights today? How is voter suppression showing up in the 2020 election? What can we do to ensure that our elections remain free and fair? 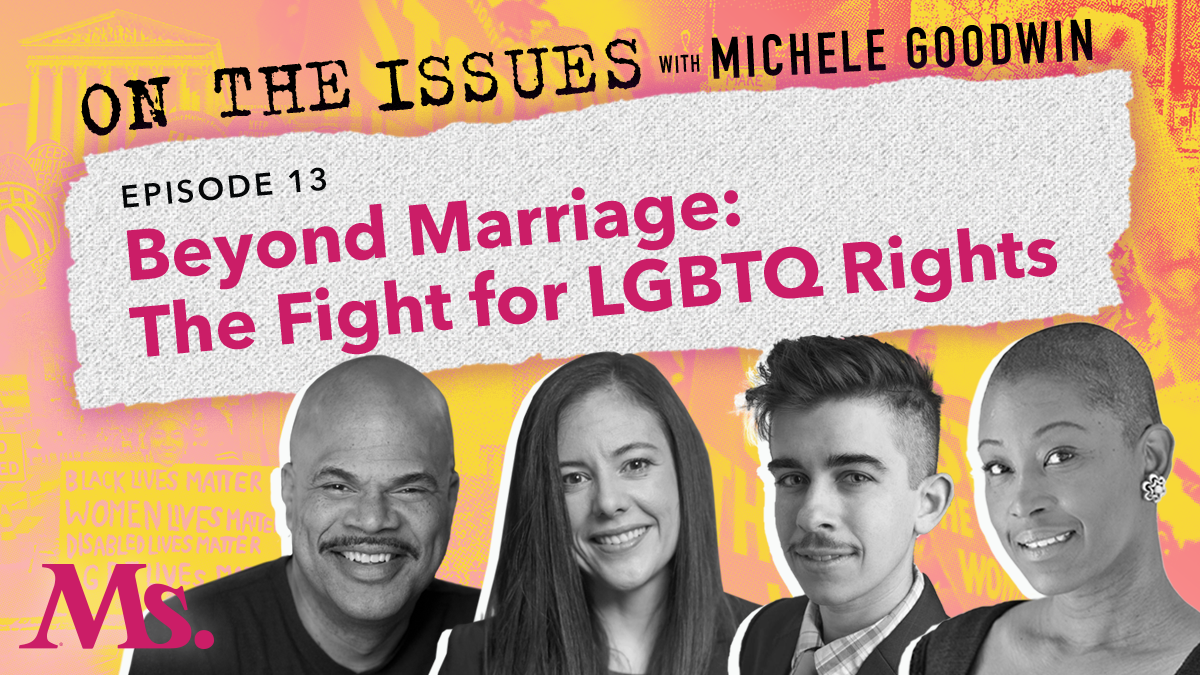 Recently, Justice Clarence Thomas, joined by Justice Samuel Alito, lashed out at the Supreme Court’s Obergefell v. Hodges decision, which guaranteed marriage equality, calling it ruinous for religious liberty.  In response, the New Yorker posed a sobering question: “Does Clarence Thomas now speak for the majority of the Supreme Court on LGBTQ Rights?”

The use of religious liberty to discriminate against LGBTQ people is nothing new. And marriage is not the only issue on the line. Among other things, the Trump administration has worked to discriminate against gay parents in foster care and adoption, take away vital healthcare under the ACA, and prevent transgender people from serving in the military.

The attacks are not limited to the federal government either: This year alone, there have been clear, coordinated efforts at the state level to legalize discrimination against people based on their LGBTQ identity.

What is the current legal landscape for LGBTQ rights and justice? What is the significance of the impending election for the rights of the LGBTQ community? What’s at stake? 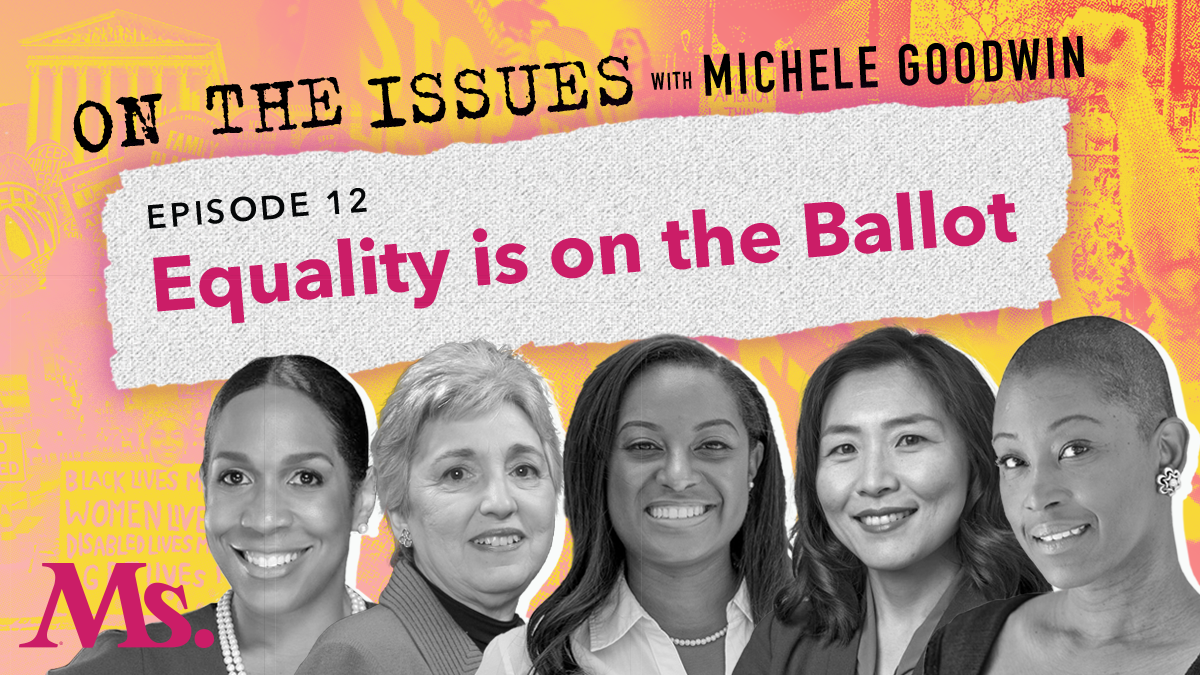 On January 15, 2020, Virginia became the critical 38th state to ratify the Equal Rights Amendment, or ERA—a proposed amendment to the U.S. Constitution that reads: “Equality of rights under the law shall not be denied or abridged by the United States or by any state on account of sex.”  Virginia’s ratification raised important questions about the viability of an amendment that had been stymied for decades.

What does the promise of the ERA hold in the continued battle for equality and freedom? What roles have women of color played to secure the ERA? In the wake of Justice Ruth Bader Ginsburg’s death, what is the modern platform for women’s equality? 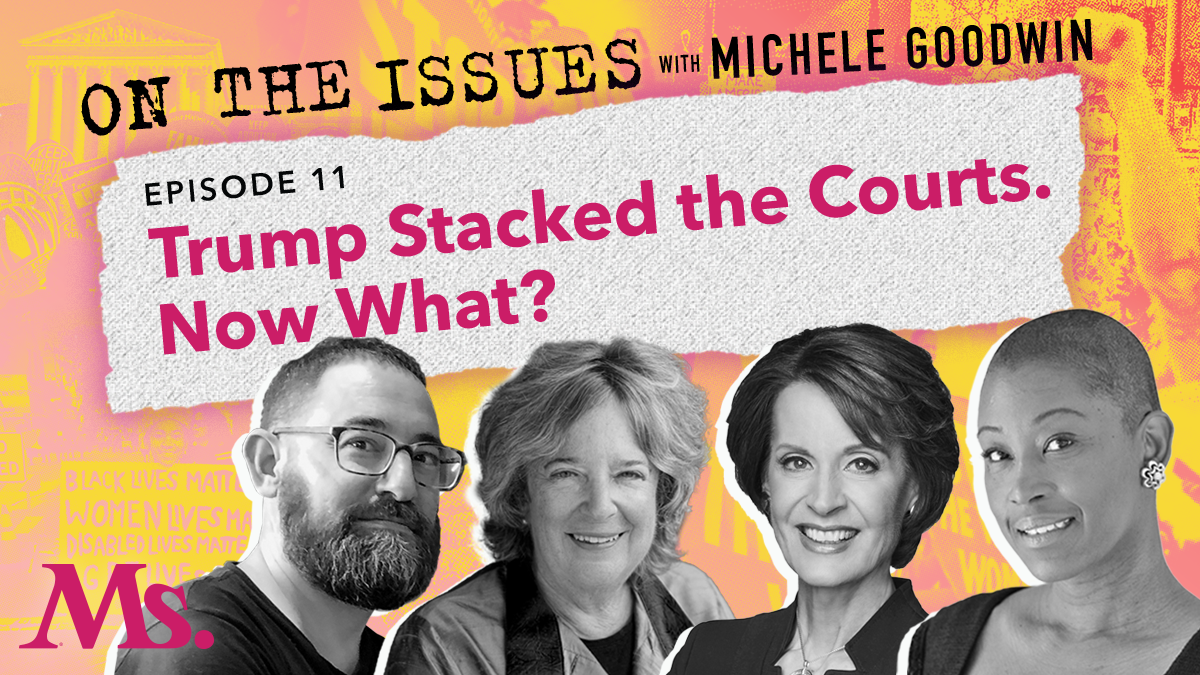 President Trump has appointed and confirmed a near record number of judges to the federal bench in four years. In fact, nearly one-third of all active federal judges on the U.S. appeals courts have been appointed by Trump.  On the federal courts of appeal, the president has not appointed one African American and only one Latino judge.  These issues are magnified by Trump’s recent nomination of Judge Amy Coney Barrett to fill the vacancy on the Supreme Court left by the passing of Justice Ruth Bader Ginsburg—a nomination made 38 days before the Election Day, during a time in which some voters across the country are already in the process of voting. The passing of Justice Ginsburg and the promise of confirmation hearing, even during COVID and while the president is under medical surveillance, has now caused an uproar.

How did we get here? And what can we do to bring balance back to the U.S. judicial system? On today’s show, we focus on the question: Can the president suspend the elections? The short answer: No. But while the law is clear, President Trump’s efforts to delay the elections, sow distrust in our democratic processes, and wreak havoc on the U.S. electoral process are already well underway.

On July 30, President Trump tweeted mail-in voting will make this year’s elections “the most inaccurate and fraudulent election in history.” (In reality, mail-in voter fraud averages 0.0025 percent.) This, just months after he and others dismissed as ridiculous Democratic presidential nominee Joseph Biden’s warnings in April that Trump might “try to kick back the election somehow” or “come up with some rationale why it can’t be held.”

The president’s tweets and public comments raise serious questions about the integrity of the upcoming elections. For example, what are the ramifications of Trump suggestions that we suspend the election? Will access to mail-in ballots (or lack thereof) impact voter turnout? Can Trump invoke martial law if he loses the election? What are the possible threats to our democracy come November?