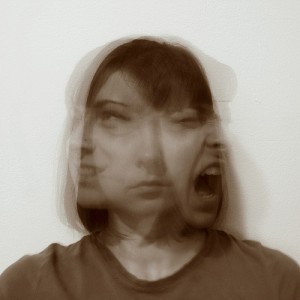 Much of America can recall with a chuckle the first-season Sex and the City episode in which Charlotte’s vagina becomes “depressed.” However, this “depression”—called vulvodynia by those outside the Sex and the City set—is far from chuckleable. Vulvodynia’s guest-starring performance on SAC provides hardly a glimpse of the pain, frustration, anxiety, and turmoil that results from this vastly under-researched condition.

Vulvodynia, the inflammation and irritation of the vulva, is one of those female-only conditions that has been researched insufficiently and barely touched by the media, though 16 percent of women suffer from it at some point in their lives. Most sufferers go untreated, though they experience regular pain, and vaginal penetration often becomes impossible. Some sufferers find it excruciating to walk and sit.

Vulvodynia is hardly ever discussed—even by doctors—despite its commonness. Though it was acknowledged as a medical condition in 1880, up until recently, vulvodynia was considered a primarily psychological disorder—a Freud-esque hysteria or a result of past sexual trauma or fear, according to Christin Veasley, director of research and professional programs at the National Vulvodynia Association.

“For hundreds of years, ‘women’s conditions’ were disregarded and labeled as ‘psychological,’” Veasley said. “Unfortunately, some still believe that if you can’t ‘see’ pain, it must be psychological.” Though many female-specific health problems remain under-researched, non-life-threatening and non-cancerous conditions have gotten especially short shrift, Veasley said. The National Institute of Child Health and Human Development, which is responsible for funding research on benign gynecological conditions, spends less than 5 percent of its budget on these topics.

Though vulvodynia spans a wide range of symptoms that extend beyond intercourse, many doctors—and most of the few media outlets that have covered vulvodynia—view the condition as primarily affecting (heterosexual) sex.

Medical research seems to have shied away from vulvodynia because it’s about, well, vulvas. Howard Glazer, a professor at Cornell University Medical College and a prominent researcher of vulvar pain, notes that even among doctors, vaginas are a tiptoe-inspiring subject, though breasts have become more commonplace in medical conversation. (Glazer points out that some male genital conditions, such as prostatodynia, receive a similar lack of attention and funding, because… groins are embarrassing.)

“[Vulvodynia is an] issue which most people don’t want to hear about because it is too poorly understood and affects part of the body nobody wants to hear about,” Glazer said. “I still hear gynecologists refer to the vagina as ‘down there’; that pretty much says it all.”

Fortunately, a group of savvy gynecologists and patients is working to change that precedent. The National Vulvodynia Association (NVA), founded by five patients in 1994, aims to educate women about the condition, provide support for sufferers and promote further research in the area. The organization has distributed more than $400,000 in grants for vulvar pain studies.

Public outreach is also a vital part of the NVA’s mission. Media outlets are often hesitant to cover the topic—the Washington Post refused the NVA’s request for an article on vulvodynia, telling the group that the topic was not “breakfast material.” It’s true—though Viagra, erectile dysfunction, and breast conditions are widely publicized, both Glazer and Veasley note that gynecological problems are still a taboo subject.

However, research on vulvodynia is slowly expanding, which may mean more publicity in the future, says Debby Herbenick, Ph.D., a research scientist at Indiana University and author of Because It Feels Good: A Woman’s Guide to Sexual Pleasure and Satisfaction (Rodale Books, 2009). Research into erectile disfunction (ED) produced Viagra, an immediate treatment for the condition, which threw ED into the public eye. Plus, a few billion advertising dollars didn’t hurt.

“Let’s face it—there was a huge marketing campaign thanks to Pfizer,” Herbenick said. “If a company is able to invent a treatment for vulvar pain that works very well, you can bet that they will invest the money to ‘raise awareness of the condition,’ because increased awareness equals a greater market for them (and thus more profit).”

The problem seems fairly circular: more publicity means a better shot at research funding for treatment, but a miracle treatment would inspire publicity like nothing else. Therefore, nonmedical sources of publicity are key to raising awareness of vulvar pain issues, says Herbenick—even somewhat inaccurate sources like Sex and the City.

This past January, vulvodynia was the topic of a Dr. Oz episode, which featured Veasley and other experts – a coup for groups that have been struggling to bring the problem into the public eye.

And just yesterday the NVA, in cooperation with the Congressional Caucus for Women’s Issues and other advocacy groups, traveled to Capitol Hill to launch the Campaign to End Chronic Pain in Women. The groups released an eye-opening report: Chronic Pain in Women: Neglect, Dismissal and Discrimination.

Hopefully, the uptick in awareness will inspire more doctors, patients, senators and Ms. Blog readers alike to join the quest for a cure!