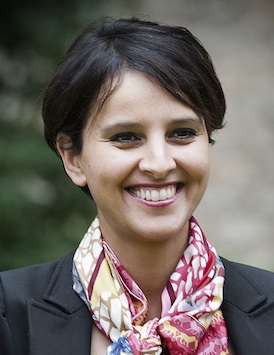 When newly-elected French President François Hollande appointed Najat Vallaud-Belkacem, 34, to the high-profile positions of minister for women’s rights and spokesperson for the government, Muslims in the nation were optimistic.

So optimistic that some polls estimate an astounding 93 percent of French Muslims helped boost Hollande into office. In a new era of socialist administration dedicated to fundamentally egalitarian principles, Vallaud-Belkacem, a Muslim woman with a Moroccan background, seemed the ideal mouthpiece for a nearly five million person community–many of whom are dedicated to overturning what they see as an oppressive “burqa ban.”

Just last year, former president Nicolas Sarkozy instituted the ban on the public wearing of the niqab, an Islamic face veil, arguing that it’s a symbol of women’s oppression, a contradiction of the secular country’s vision of equality and a potential liability to the safety of French citizens. Police estimate that only a handful of Muslim women actually wear the veil–an estimated 2,000 individuals. During the presidential election, Sarkozy used the ban as the centerpiece of a campaign seemingly targeted toward exacerbating stigmas against French Muslims. Notorious for his anti-immigration policies, he openly praised the Christian heritage of France and frequently touted his anti-niqab policy as a crucial success of his term in order to garner votes from conservative, far-right National Front supporters.

But Vallaud-Belkacem, instead of targeting the ban–which has been vilified by human rights groups and French Muslim women alike as a stigmatizing measure against the country’s second largest religion as well as an affront to freedom of self-expression and religion–announced that her first goal in office was to “see prostitution disappear” in Paris.

Appointed on the tail of the Dominique Strauss-Kahn disaster, which sparked unprecedented discussion in France about sexism and assault, her crusade against sex work is unsurprising, though French prostitution is a “relatively well-contained” industry. Vallaud-Belkacem’s proposed measure aims to criminalize individuals seeking sex services–something that prostitution activists, including the STRASS prostitutes’ trade union, argue will only drive sex work further underground and put the lives of women at risk.

For a cabinet defined by its supposed dedication to social equality and fairness, ignoring the niqab ban–which the significant Socialist majority in parliament could easily do away with–challenges the most basic principles of the party. Is it truly the government’s role to legislate the “ideals … of a woman’s dignity,” as Sarkozy put it?

Fiercely critical of the former president, the Socialist party went as far as to abstain from voting on the 2010 veil ban, though many agreed that it was a means of lawful discrimination against Muslims.

Salima Kader, who continues to wear a full veil, is a 38-year-old living in the Paris suburb of Evry. She described the effect of the ban to The Guardian, saying,

Since the ban came in [Muslim women] have experienced unpleasant attention from the police, but it is the hatred which comes from other people that makes it worse. They think the ban is official authorization to insult, spit at and even physically assault. The ban has become a symbol of hate against all Muslim communities.

At its core, the niqab ban is a means of controlling women’s bodies and freedom of choice. Whether such overreaching regulations are posed under the guise of patriarchally driven religious tradition or government fearmongering, the effect is equally restrictive. Vallaud-Belkacem should be working to protect the equal liberties of all women under her charge; even if she does not push to overturn Sarkozy’s ban, she could offer smaller gestures–such as creating women’s-only swimming hours at public pools or lifting restrictions on building mosques–to a population that was reviled during election season and continues to face discrimination.