Don’t Tread on Us – Ms. Magazine
Skip to content

“Keep your laws off our bodies.” It’s a fitting demand for the cover of the latest issue of Ms.—one that goes inside the fights for our fundamental reproductive rights being waged in the U.S. and around the world.

Here’s a glimpse into what you’ll find inside:

To read all of these stories before the summer issue hits newsstands, become a Ms. Member today. Your membership will support our fearless work, and each issue will connect you to pathways to action and a feminist community that spans the globe.

We don’t have to tell you what dangerous times we face. In just the past five months, nine states have passed bans on abortion, and other states are considering taking similar action. Around the world, women are facing down anti-abortion laws.

This is not the time for feminists to sit on the sidelines—and more than ever, feminists like you need Ms. to keep informed and empowered to fight back. Become a Member today and join the community!

Katherine Spillar is the Executive Editor of Ms., where she oversees editorial content and the Ms. Classroom program. Kathy also speaks to diverse audiences nationwide on a broad range of domestic and international feminist topics and appears frequently on television and radio. She has a Bachelor of Science degree in Urban Studies from TCU and an Interdisciplinary Master’s of Science degree from Trinity University. 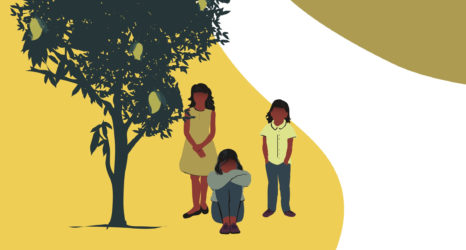 The Daughters Left Behind

Five Steps to Make Change: How to Host a Feminist Conference on Your High School Campus