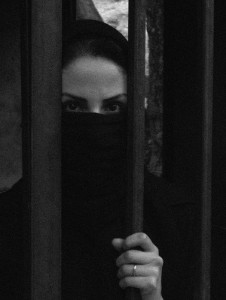 Yesterday, Sakineh Mohammadi Ashtiani, the Iranian woman sentenced to death by stoning, appeared to be safe, thanks to a flood of international attention. Since Ms. brought you her story earlier this week, many have spoken out against Iran’s archaic punishment as a human rights violation, from Sen. John Kerry (D-MA) to Lindsay Lohan. Knowing that the whole world was watching, the Iranian Embassy said on Thursday that no stones will be thrown.

But today, the Guardian (UK) reports that Ashtiani may still be executed, albeit not by stoning, and that Iran has instituted a media blackout about her case. Her son fears she will be hanged.

Ashtiani, a 43-year-old widow and mother of two, was tried for “illicit relationships” with two men, found guilty, and given 99 lashes. She was later found guilty of adultery and sentenced to stoning. There was no conclusive evidence, so the court substituted “knowledge of the judge” as the only proof. Ashtiani had also been coerced into a confession, which she retracted while she was in jail, where she’s spent the last five years awaiting stoning, a cruel and unusual punishment that Amnesty International says “is specifically designed to increase the victim’s suffering.”

The rules of stoning sound like a sadistic game: A human being is partially buried and spectators are invited to throw rocks until the slow and painful killing is complete. Those who can free themselves from the ground are spared death. But the game is rigged against women: Men are buried only up to their waists, women nearly to their necks. Obviously it’s more difficult for a woman to then break free.

Adultery is the only capital offense punished by stoning in Iranian law.  However, the Quran states that the proper punishment for adultery is lashes (which Ashtiani has already received). There’s sexism in the numbers as well.  Currently, three men and 12 women are waiting to be stoned in Iran. Amnesty International continues to plead with the Iranian government that Ashtiani not be executed by any means.