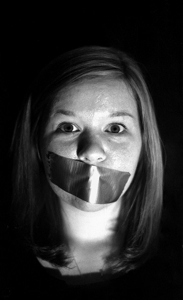 The Global Gag Rule, originally an executive order from President Ronald Reagan to prevent U.S. funds from reaching organizations that provided abortion-related services overseas, may soon be permanently struck down.

President Obama signed an executive order repealing the Gag Rule in 2009, but the Senate’s new amendment to its Foreign Operations bill would once and for all prevent future presidents from reestablishing it.

The Gag Rule was previously rescinded by President Clinton in 1993, only to be reinstated by President George W. Bush in 2001. Permanently repealing the law would be a boon to comprehensive reproductive health care in the developing world.

… health centers that operate in developing nations to help women and men plan their families and avoid unintended pregnancies, were told that they would not be allowed to provide abortions (regardless of whether or not it is legal in their country to do so), refer to abortion services, discuss abortion as an option, or even so much as hang a poster that mentions abortion without potentially being denied funds for the provision of health services that have nothing to do with abortion.

Sen. Lautenberg’s current amendment passed the Appropriations Committee on a vote of 19 to 11. Ten of twelve committee Republicans, along with Democratic Sen. Ben Nelson voted against it.