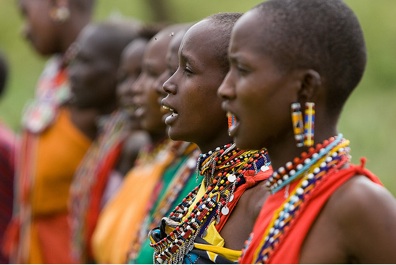 KENYA: A new era begins for Kenya as the country inaugurates its new constitution, passed more than two decades after reform was first proposed. The constitution includes some exciting gains for women: affirmative action to achieve Parliamentary gender parity, broader access to abortion in cases where a woman’s health is at risk and grants to counties to develop health services. The latter should vastly improve maternal health by spreading modern medicine out of the cities and into rural areas.

MALAYSIA: Children are being offered up at the wedding altar in one Malaysian state–or so say some women’s groups. According to a BBC report, the state has lowered the legal age of marriage to under 16 for Muslim girls and under 18 for Muslim boys. Officials say the law is meant to lower the number of babies born outside wedlock.

Also in Malaysia, women are breaking judicial barriers as the first women Islamic court judges prepare to take office. Yet the judges will still be treated as second-class citizens: they won’t be able to try all cases. Barred cases have yet to be specified, but some critics speculate the new judges won’t be reviewing marriage or divorce-related incidents.

SUDAN: A group of young Sudanese Muslim men were publicly flogged and fined 1,000 Sudanese pounds (US$400) for cross-dressing. Northern Sudan is governed by Sharia law, which prohibits homosexuality.

ZAMBIA: Zambian women are working to gain the same advances in political representation that women in Kenya and other African countries have achieved. Numbers of women candidates and voters are up, but so is campaign violence, including threats to candidates and havoc at the polls. Some activists and government officials worry that this trend will hinder women’s participation. Racheal Njovu, communications officer at Zambia Women’s Coalition Network, noted that women often shoulder the heaviest burdens in any conflict, remarking, “I fear for both our women candidates and the voters.”

ABOVE: Photo of Masai women in Kenya, courtesy of Flickr user Marc from Borft under Creative Commons 2.0