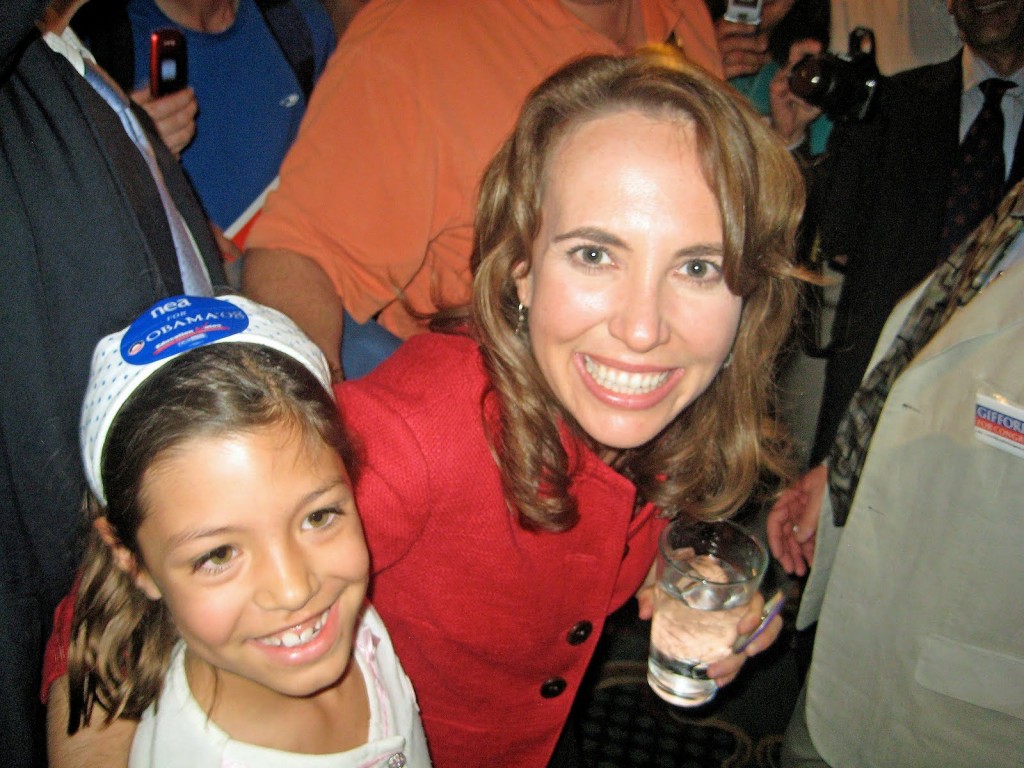 As a political activist who called Tucson, AZ, my home until I moved to Los Angeles just last week, the attack on Congresswoman Gabrielle Giffords, her staffers and constituents has been a heartbreaking personal as well as national tragedy.

I have worked with Gabby–that’s what she’s familiarly called in Arizona—at neighborhood canvasses sponsored by Planned Parenthood, which she graciously attended and where she reached out to voters as a pro-choice Democrat. Indeed, I came to know her as as an unwavering advocate for women’s rights in a state where other politicians have tried to pass restrictions on everything from a woman’s right to choose to the rights of high school students to access comprehensive sex education. Gabby has spoken out on the importance of these issues both through the venues provided to her as a congresswoman and as a guest speaker at Planned Parenthood fundraisers.  She may be a centrist “Blue Dog” Democrat, but she has never wavered in her support of women’s rights despite the risk of striking a note of discord among her many conservative constituents.

While I agree that Saturday’s shooting represents the horrific culmination of recent vitriolic political speech in the United States, it also has an awful resonance because it was an attack on a woman in power–a role model for other women, young and older. When I tell people how much I admire Gabby, I like to share what I have seen her represent to girls in Tucson.

In 2008, I attended an official presidential election party hosted by the Pima County Democratic Party. Throughout the evening, the room became more and more ecstatic with Obama’s gains and during the celebration I bumped into a father of one of the families I used to babysit for. He explained that he was there that night because his oldest daughter, then only 8, “really loves Gabby Giffords.”

Sure enough, as I scanned the crowd, I saw the congresswoman poised to address the revelers with my young friend staring up at her. The look of giddy admiration on that girl’s face is what I will always remember when I think of how important Gabrielle Giffords is. Women leaders like her are an invaluable asset, not just in Southern Arizona, but to people everywhere. They are especially invaluable to young girls, who deserve to have women like Gabby that they can look up to right there in their community and not just on a TV set. The fact that Gabby was attacked while doing community outreach–and that a young girl seeking advice on becoming a leader in her own school was killed in this senseless violence–is just one more reason why this attack struck me and countless others so profoundly.

On Monday I spoke with the mother of the young girl who looked at Gabby with such admiration. She told me that informing her now-10-year-old daughter that her idol had been shot was one of the hardest things she’s had to do as a mother. At first the young girl was inconsolable, but when she found out that Gabby is fighting for her life she became incredibly optimistic. I have seen that same optimism bring people in Tucson together over the last few days. Hopefully, this cataclysmic event won’t dissuade young girls from becoming leaders themselves, but may impel them even more strongly to follow in Gabrielle Giffords’ brave footsteps.

Photo of Gabrielle Giffords with her excited young admirer in 2008, courtesy of Kristen Cook.

Alana Varner is a recent graduate of the University of Arizona with a B.A. in Political Science and a minor in Gender and Women's Studies. She has been an activist with the Pima County Democratic Party and Planned Parenthood Advocates of Arizona since 2008, and is currently working at Ms. Magazine in Los Angeles while preparing to apply for graduate school.