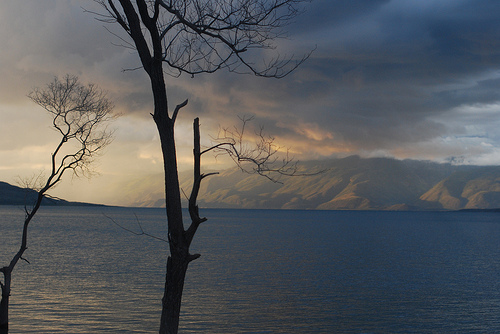 “Truth is trouble,” wrote Toni Morrison in the 2009 anthology she edited, Burn This Book. Trouble for a comatose public, for a corrupt justice system:

Certain kinds of trauma visited on peoples are so deep, so cruel, that … only writers can translate such trauma and turn sorrow into meaning, sharpening the moral imagination.

And certain kinds of writers refuse to let trouble trouble without speaking back.

Haitian American novelist Edwidge Danticat bears witness t0 Haiti’s inexorable truths and troubles in her newest collection of eight essays, Create Dangerously: The Immigrant Artist at Work. The book was birthed from a presentation she gave at the second annual Toni Morrison lecture in March 2008. She takes her title from that of a 1957 lecture by Albert Camus at the University of Uppsala, in which he said:

One may look, as I do, for a gentler flame, a respite, a pause for musing. But perhaps there is no other peace for the artist than what he finds in the heat of combat.

Danticat jumpstarts her version of creating dangerously with the story of two too-young men executed by firing squad in 1964 during the “Papa Doc” Duvalier dictatorship in Haiti. While the book highlights the political mayhem of that island country, and while its atrocities are grist for the mill of humanitarian contemplation, the book is richest in the heartbreaking human tableaux it tenders.

There’s the story of Daniel Morel who, as a lanky 13-year-old, discovers the eyeglasses of one of the men executed in 1964, spattered with his brain matter. The execution “changed everything,” Morel growing up to be a photojournalist who creates fearlessly, embracing “the public and private terrors that would silence us,” including producing the first pictures of the destruction of Haiti after the massive 2010 earthquake.

Then there’s the tale of Haitian torture survivor Alerte Belance, whose tongue and face were cut open and her right arm severed in a machete attack, but whose husband got her “two faux pearl earrings from a box in the bedroom” and put them on her ears–she could not do so herself–before she told her story for a film documentary.

Danticat also brings forth the words of poet Boisrond Tonnerre, tasked with the drafting of Haiti’s declaration of independence. “To do so appropriately,” she writes, “[he claimed] he would need the skin of a white man for parchment, the man’s skull for an inkwell, his blood for ink and a bayonet for a pen.”

In one of her most pointed essays, Danticat takes a hyper-myopic United States to task, comparing New Orleans apres Katrina with Haiti:

I don’t know why it seems always to surprise some Americans that many of their fellow citizens are vulnerable to horrors that routinely plague much of the world’s population.

Katrina, Danticat points out, washed away the “nuanced privilege” that allows “the richest country in the world” to deny that the poor exist in “this country within a country.”

Haiti is the first black republic in the Western Hemisphere and “home to the only slave revolt that succeeded in producing a nation,” yet it’s a country whose regimes have a history of carrying out public and private executions while “persecuting intellectuals and artists.” Danticat indicts the censorship that has intermittently muted her people: no public photographs allowed to document the truth, no films allowed that suggest the truth, no radio-show activism. All avenues to truth are forbidden under pain of death–not only the death of the dangerous creator herself, but the promised deaths of family in Haiti that haunts immigrant artists who are “safe” in other countries. Still, dangerous creators live and die for love of Haiti.

Danticat closes her too-brief paean to Haitian artists with “Our Guernica,” an essay about the author’s experiences in Haiti after the earthquake. She concludes that while artists will, perhaps, still create as dangerously as possible, their “muse has been irreparably altered … artists too have changed.” Her words eke out of her “great black country”: images and stories that warn of the dangers that lurk in failing to startle, in fearing to tell the truth, in accepting the “normalized quiet of power.”

Photo of Haiti (as seen from Dominican Republic) by Flickr user Siri B.L. under license from Creative Commons 2.0.