How a Nonexistent Study is Predicting the Future and Ignoring Women - Ms. Magazine
Skip to content 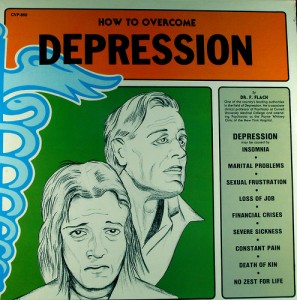 Neither have I, because the study doesn’t exist. Or rather, the “study” so many websites discuss is not a study at all but an editorial in the British Journal of Psychiatry asking “Will current socioeconomic trends produce a depressing future for men?”

How an editorial–which is really just a sophisticated opinion column–in a fairly obscure academic journal was interpreted as a study worthy of dissemination is a mystery. It may be as large a mystery as how glibly the sites that disseminate it skate over the fact that depression is roughly twice as common in women than in men.

I obtained the editorial, and I can attest that it is not a study. So can you if you are willing to pay $15 for the download. If you would rather save your pennies, here is the gist of “Will current socioeconomic trends produce a depressing future for men?”

The authors then speculate that all this might make men more depressed.

I cannot help noticing that what they truly seem to argue is that having certain female life experiences might make anyone more depressed. Remember that women have twice the reported rate of depression?

And what about that “mancession?” Academic refereeing processes are long ones. This editorial, for example, was accepted for publication in the summer of 2010. At that time it looked like the traditionally female fields, such as health care and education, might not suffer from high layoffs. But the current public-sector layoffs are changing the picture rapidly. In fact, the seasonally adjusted unemployment figures for 2010 show men’s unemployment rates on the decline, while women’s stay the same.

Then there is that reference to 22 percent of wives earning more than their husbands in 2007. That translates to 78 percent of husbands earning more than their wives. Even the educational data tells us that men earn two out of every five master’s degrees and probably more than that of the well-paying master’s degrees. Finally, what the authors don’t mention is the fact that women need a college degree to earn, on average, the same as a man equipped with only a high-school certificate. And, oh yeah, did I already mention that women have roughly twice the rates of reported depression?

I’m not harping on that simple fact just to be ornery, but to point out that a mere editorial in an academic journal becomes news when it speculates on the possibility that men in the future might, just might, experience higher rates of depression than they do now.

The depressive illnesses of all sufferers should be taken seriously, and I have no desire to see more depression among men. It is important to make sure that psychiatrists and other mental health care professionals are aware of the possibility of depression in men. But the usual coverage (rare as it is) of women and depression is to offer us a long list of possible causes–ranging from women’s quirky hormones to abuse in childhood to over-reporting by women and so on. Societal causes are only tacked to the end of the list. Yet here we have the reverse topic (in an editorial speculating about the future) and suddenly it is the societal reasons which become the sole focus of analysis. To the credit of the authors, they do understand this:

Being aware of the cultural and economic shifts that may make men vulnerable to depression may also end up addressing an important question in mental health circles–how much of the greater vulnerability among women is due to biology, and how much to the sociocultural environment in which they live? If men and women continue to show divergent rates of depression even as gender roles become equalized–as more women become providers and more men take child-rearing responsibility–then it’s likely that nature may trump nurture with respect to depression. But if the rates start to match up, then, says Dunlop, it could suggest that our environment plays a more dominant role in triggering the mental illness. And that, in turn, suggests that there may be things we can do to address it. ‘If men are taking on different roles, they may need help in learning how to do it,’ he says. Providing that help could lead to lowering their rates of depression.

Still, I read a certain Catch-22 in that interpretation: If women’s rate of depression continues higher, the difference will be deemed biological. If, on the other hand, men’s and women’s rates converge, then men will need help. Something is missing from that–especially considering that women’s reported rates of depression are roughly twice those of men right now. Or did I already mention that?