How Chinese Women Dismantled the Master's House with the Housewife's Tools - Ms. Magazine
Skip to content 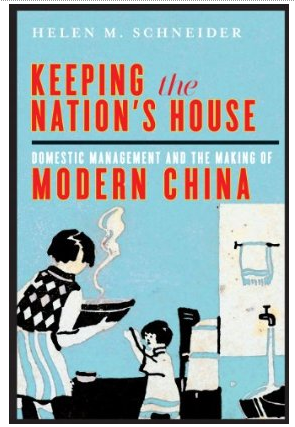 Home economics has nearly vanished from U.S. curricula, and we tend to remember it as a course in stereotypically feminine arts–perfecting pot roast recipes, learning to sew a basic A-line skirt. But earlier in the 20th century, countries around the world invested the discipline with far more pressing responsibilities. Domestic skills, in the eyes of some states, could build a nation. And that was a belief that women could capitalize on, parlaying their domestic degrees into a way out of the house.

In Keeping the Nation’s House: Domestic Management and the Making of Modern China, historian Helen M. Schneider traces the story of how home economics became inextricably intertwined with nationalism in China from the 1920s through 1950s. Concerned that China had fallen behind Japan and the West, government officials, educators and journalists promoted the salvational power of domestic science, convinced that if women learned how to get their own houses in order, the entire country would in turn become more scientific. Schools and colleges established home economics departments that trained female students in cooking, cleaning, childcare, and home decorating–skills needed to become middle-class urban housewives.

Domestic science courses, however, were not solely taken by young women who viewed themselves as “housewives-in-training.” They also attracted students who sought to play a role in strengthening the Chinese nation more directly. While home economics reinforced gender roles that firmly placed women in the domestic sphere–caring for children and improving family dynamics by becoming “good wives and wise mothers”–the importance placed on home economics studies expanded professional opportunities for women trained in the field. Graduates of home economics programs formed a class of white-collar female professionals, working in fields such as education, nursing, nutrition, social work and public health. Many of them went on to attain graduate degrees in the United States and upon their return to China they often took faculty positions at institutions around the country, teaching and at the same time raising their own families.

Although the “bourgeois” discipline of home economics disappeared from Chinese schools after Mao Zedong’s Communists took over the country in 1949, the skills that women had learned through their domestic science programs did not. Home economists recast themselves as chemists, child psychologists, and teachers, continuing to work in the service of their country by seeking to improve the health and welfare of its citizens.

It might seem contradictory today to say that in some contexts, “the tools for women’s ‘independence’ are in fact domestic skills,” but Schneider ably demonstrates how frequently this was true for Chinese women during the twentieth century. Though never truly “separate but equal” in relation to men’s programs, home economics departments provided Chinese women with both the opportunity to participate in building their country and the chance to develop their own professional identities.

Maura Elizabeth Cunningham received a Ph.D. in modern Chinese history from the University of California, Irvine and is a program officer at the National Committee on U.S.-China Relations. The views expressed here are her own and do not reflect those of the NCUSCR.