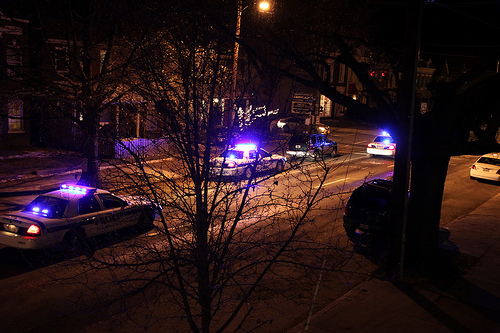 Twenty-four-year-old Shannan Gilbert ran for her life through a Long Island (N.Y.) beach community in the early morning hours of May 1, 2010. She placed a 23-minute 911 call and banged on the doors of two residents, yelling, “Help me, help me!” Gustav Coletti let her into his home, but as the 75-year-old man called police, Gilbert ran out. She is still missing.

Suffolk County police have not released the 911 call, nor have they explained why it took 45 minutes to respond or why they waited seven months to search a nearby marsh for her body. But when they did search, in December of 2010, police discovered the bodies of four other women. And after pressure from national media, they commenced another search this month, locating six more bodies, bringing the total body count to ten. Gilbert was not among them.

Dottie Laster, a Department of Justice-certified human-trafficking consultant, believes that Gilbert, who has repeatedly been labeled a “hooker” in the press, was a victim of human trafficking. Myths about prostitution, says Laster–who has trained more than 5,000 police officers on recognizing and combating trafficking–lead to slow responses from law enforcement. Gilbert advertised her services on Craigslist, as did four of the women found dead in the Long Island marsh. According to Laster,

In my experience working with trafficking victims for the past eight years, the fact that these women are prostitutes has everything to do with the delayed response and their ability to even get help. Media stories refer to them as ‘hookers’ and ‘prostitutes.’ No, it’s ‘hero Shannan Gilbert.’ Shannan was amazing. She had the only chance of escaping, and she held on and struggled for her life for at least 23 minutes.

Prostitutes don’t trust the police. I know a lot of cases where sex workers have given information about a crime and then the cop will show up where they work and demand a sex act or threaten to arrest them.

The mother of Melissa Barthelemy, one of the women found dead in the marsh, told Fox News that she received little help from law enforcement during the year and a half search for her daughter:

It was a lot of work. We couldn’t get the police department in NYC to take us seriously. At three days, they just kept hanging up the phone on us.

Journalist Laura Paskus, in the latest issue of Ms. magazine, reports that of the homicides in the U.S. from 1980 to 2008, there were 161 clusters of women’s murders, involving 1,247 victims. She wrote,

In each cluster, women of similar age were killed through similar means, which suggests serial murders, and at least 75 percent of those murders had not been solved.

Laster complicates this with the possibility that some of these clusters may be the work of human trafficking rings:

There are pockets of bodies around the U.S. of prostituted women, or what appear to be prostituted women, that they’ve found no answers for. It could be that it’s because they haven’t looked at the possibility that, instead of one serial killer, it’s one plan, scheme or pattern of human trafficking. If you look at the motive rather than meeting the single needs of a serial killer, if it’s an organized criminal gain to this, then the case looks different.

But whoever is doing the killing, the victims’ involvement in sex work generally means a delayed reaction from law enforcement.

The seven-month delay in the Long Island case is inexplicable. Says Laster, “What number of bodies does it take to get their attention?” Paskus argues that “all victims, regardless of color, class, gender or lifestyle, deserve equal treatment from police investigators. … This requires a new attitude, one that acknowledges and treats, rather than punishes and puts at further risk, some of the most vulnerable members of the community.”

People just want to say she was a prostitute. My sister was a daughter, a sister, an aunt, a friend. She was really talented. She loved to sing and cook. I just think that people need to look at the person she was and not what she did for a living. She’s a person, and she deserves to be found, just like everyone else.

The Suffolk County police department has asked sex workers to come forward with any information that may lead to the serial killer’s arrest. Some sex workers, however, are reluctant to play ball. They fear they may be persecuted by police if they identify themselves as prostitutes. But they may have critical information. Ray has launched a campaign to ask the Suffolk County police commissioner and the district attorney to grant temporary amnesty to sex workers who speak to law enforcement about the killings. Sign the petition below to show your support!