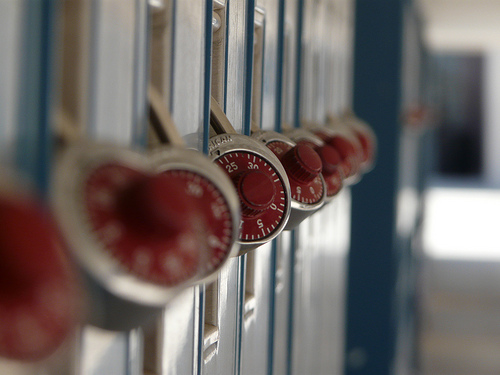 The Republic School District in Springfield, MO, is facing a lawsuit for allegedly ignoring a young victim’s multiple rapes and then expelling her for reporting her attacker. The story is yet another awful example of the victim-blaming culture surrounding rape in schools. Like the recent story of the young cheerleader in Texas–who was kicked off the squad for refusing to cheer on her rapist–it seems that schools too often victimize the very students they should be protecting.

According to the lawsuit [PDF], a 7th-grade special-needs student had been repeatedly harassed and assaulted by a male classmate, which escalated into him raping her on their middle school campus. When the victim reported it, school officials allegedly told the girl during their first meeting that they did not believe her. They allegedly failed to refer her to a counselor or sexual assault forensic examiner or to report her rapist to county authorities, as Missouri state law would mandate.

Instead, the lawsuit says, she was coerced into taking back her allegations, as well as made to write and hand-deliver an apology letter to her attacker. School officials allegedly expelled her from school for the rest of the year and referred her to juvenile authorities for filing a false report.

She was allowed to return to school the next fall only, she says, to face once again verbal and physical harassment from her attacker, which she kept silent about for fear of being further punished. Then, the lawsuit reports:

On or about February 16, 2010 … not being subject to any surveillance or monitoring, [the attacker] was able to hunt her down, drag her to the back of the school library, and again forcibly rape her.

When she finally came forward about the incident, the school allegedly again expressed skepticism and failed to take action. Her mother took the girl to complete a rape kit, which confirmed sexual assault, and the DNA results matched the accused. He pleaded guilty to the charges and is serving time in juvenile detention.

Even then, the lawsuit days, the school board inexplicably still suspended the the victim for “disrespectful conduct” and “public display of affection.”

While the lawsuit, filed July 29, has yet to be decided, here is what we do know: The victim was raped at least once by the young man she identified as her attacker. The school district continues to deny this and accuse the victim of lying about it.

It’s hard to see motivate a young girl to fabricate multiple rapes, given the secondary trauma she went through in reporting them. It’s easier to imagine why a school district might be reluctant to admit a rape had occurred on supposedly supervised school grounds.

Most upsetting is the way the school district has attempted to trivialize the victim’s claims, going so far as to blame the special-needs seventh-grader for not better protecting herself from being raped at school. It has dismissed the victim’s accusations of truly egregious misconduct as “frivolous,” saying that the student “failed and neglected to use reasonable means to protect her self.” Take a moment to ponder what “reasonable means” 7th-graders are supposed to be taking to protect themselves from rape on school grounds. Karate lessons?

When will school authorities stop persecuting and start protecting young victims of sexual assault? Join Ms. and Change.org in supporting the victim and holding the Republic School District accountable: