Are Women Struggling in a "Post-Post-Feminist" Career World? - Ms. Magazine
Skip to content 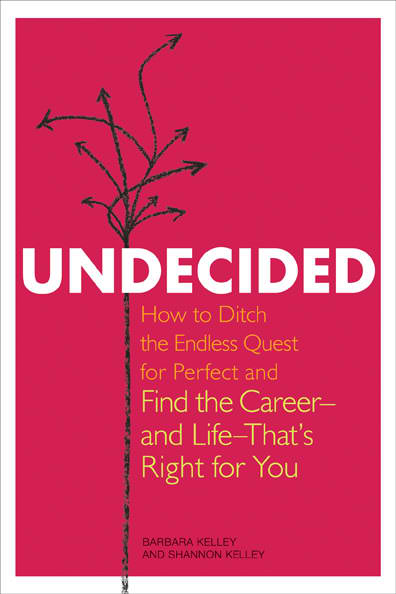 Are women unhappy in their life paths? According to mother-and-daughter author team Barbara and Shannon Kelley, who have written a new book, Undecided: How to Ditch the Endless Quest for Perfect and Find the Career–and Life–That’s Right for You, women are having a tough time picking and then sticking to a satisfying career. Having been told it’s possible to “have it all,” many young women are extremely disappointed with the unfulfilling career paths they find themselves on. The Kelleys blame this on a “post-post-feminist” job market, theorizing that young women today aren’t equipped to navigate all of the new options they’ve been given. Like generations of men before them, Gen Y women have a multitude of open doors, but unlike those men they’re missing the accompanying career tools.

By now, you may be thinking, as I was, “Wow, First-World problems.” The anecdotes the authors use throughout the opening half of the book can be read as unintentionally ironic tales of upper-middle-class woes. One woman, Hannah, worked as an assistant marketing director at Vogue and dated George Clooney, yet wasn’t happy and quit. “It’s just having so many options, and wanting to do all of them,” she said. Another recent college graduate who found a job teaching English in France is quoted as saying, “The thing is, I’m 22, and I’m petrified of growing up.” If you’re someone who is desperate for any job, it’s quite difficult to feel sorry for these women. The authors try to check themselves by quoting a woman, Natalie, who commented on their blog:

I was talking with a friend this weekend who basically thought it was pointless to work in a job that wasn’t emotionally, spiritually, and creatively fulfilling. I thought, Good for her, but what about everyone else?

A majority of people in the world are just struggling to get food to eat and have a shelter over their heads. In the U.S., those who weren’t born into white, upper-middle-class families face their own struggles. Due to the recession, even the privileged in the U.S. are facing starker career choices. While the Kelleys do acknowledge the privilege of their subjects, the stories they chose fail to elicit much sympathy.

But the second half of the book is useful because it encourages women to look at their goals realistically. The Kelleys highlight how far women have come because of feminism, but rightfully refute the idea that feminism’s work is over. Outlining the fight for workplace equality starting with the First Wave, the book serves as a good, albeit brief, overview of women’s history in the workforce.

To help young women figure out how to navigate their life paths, the Kelleys stress the importance of looking inward and filtering out pressure from parents, family, friends and society. This is good advice for anyone, of any gender. The Kelleys rightly point out that there is an extra burden on women because society is always reminding us of our “biological clocks” while emphasizing that we should check off as many boxes as possible on our life lists. Women work a second shift, and many of us still expect ourselves to give 100 percent of our energy to work and to family, which is simply impossible.

Ultimately, Undecided encourages women to take risks, make mistakes and be OK with not having the “perfect life.” For a generation of young women who were told throughout our childhoods that we can succeed at whatever we want as long as we work hard enough, this may be a tough pill to swallow. Basically, the answer to “How do I ditch the endless quest for perfect?” is to let go of unattainable goals and heed the wake-up call “You can’t have it all, so be realistic.” The Kelleys aren’t telling women to give up on their goals, but rather to focus on the most important ones. They acknowledge the expectations of (straight, upper/middle class, cis-gendered) young women and the sometimes unrealistic goals they set for themselves–to have the perfect job, husband, house, health and children. Undecided explains why accomplishing all these grandiose goals may be unattainable, but why it’s OK to accept that. The Kelleys may sketch an impossibly rarefied portrait of career women today, but their advice will be helpful to many.