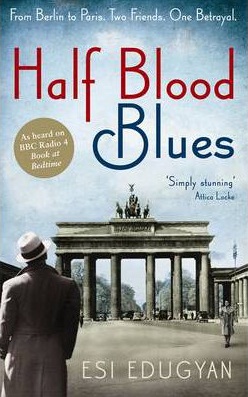 In a country that claims hockey, maple syrup and a turpentine-flavored cough medicine called Buckley’s as pillars of its national identity, it’s rare to find a black woman at the center of a media frenzy. But such was the case last week when Esi Edugyan, a 33-year-old writer, won the most prestigious literary award in Canada–the $50,000 Scotiabank Giller Prize–for her second novel, Half-Blood Blues. Readers woke up to an image of an ebullient Edugyan on the front page of every major newspaper in the land.

Born in Calgary to Ghanaian parents who immigrated to Canada in the 1970s, Edugyan bested publishing powerhouses such as English Patient author Michael Ondaatje with her second novel, becoming the first black woman winner. “Ondaatje was sitting right behind me,” Edugyan later said, referring to the glittering award ceremony held in Toronto. “[He’s] one of my literary heroes. So it was utterly incredible.”

Edugyan’s achievement is a stunning counter to the typical “sophomore slump,” in which the second offering of a creative artist is received with less enthusiasm than a successful debut. Half-Blood Blues had garnered rave reviews well before Edugyan claimed the Giller Prize. Her first novel, The Second Life of Samuel Tyne (2004), was also widely hailed.

A richly rendered work, Half-Blood Blues explores the intersecting lives of three jazz musicians. Moving back and forth in time from the late 1930s in Germany to the early 1990s in Poland (with pivotal stops in Paris), the narrative probes issues of race, politics, art, survival, redemption and betrayal.

I caught a sudden glimpse of how every [woman] on the trolley seen him: handsome, athletic … those eyes bluer than Greek silk. The perfect Aryan man. And he was Jewish.

Then there’s Louis Armstrong, who makes a cameo appearance in the novel wearing a Star of David.

Riffing on her themes with a masterful command of jazz culture and language, Edugyan goes on to detail the circumstances surrounding the disappearance, in Paris, of Hieronymus Falk, a gifted Afro-German trumpet player. Readers learn that the fabled solidarity of jazz musicians (think Wynton Marsalis and his all-male Jazz at Lincoln Center crew) is often rocked by rivalries that are not apparent on stage or in recordings.

Edugyan has said that this is the first work she’s crafted while listening to music, and I’d venture to say that it shows–the novel hits shimmering notes of originality, authenticity and brilliance.

During a recent exchange, I told Edugyan that for me, her work called to mind early works by Toni Morrison such as The Bluest Eye and Sula. She smiled modestly.

A Canadian has not won a Nobel Prize in Literature since Saul Bellow took the honor in 1976, but veteran Canadian writers Margaret Atwood and Alice Munro are rightly mentioned, annually, as worthy recipients. Esi Edugyan has decades of writing before her. Only time will tell if one day, Canada will rise up to cheer her triumph in Oslo.

A former reporter for the San Francisco Chronicle, Evelyn C. White is the author of Alice Walker: A Life (2004). She lives in Nova Scotia.