Will Obama Betray the Other 99 Percent? - Ms. Magazine
Skip to content 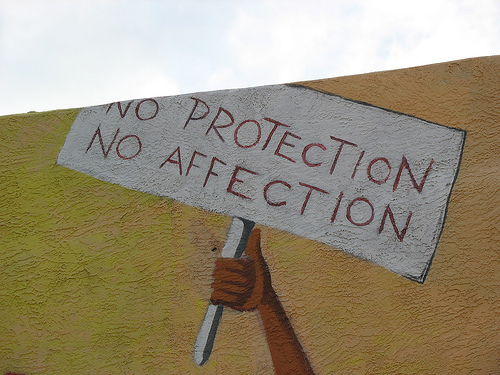 There is another 99 percent group in our country, distinct from but inextricably entwined with the now more familiar #99Percent, those everyday Americans, who–in such a brilliant framing by the Occupy Wall Street movement–are to varying degrees affected by the vast economic inequality that characterizes American society. I refer to the 99 percent of American women who have ever had sexual intercourse and have used a birth control method at least some of the time. (As per the original Centers for Disease Control report, this statistic only includes contraceptive use reported by women during heterosexual intercourse).

Contraception obviously is a deeply held value by American women. But the fact that in the United States a startling half of all pregnancies are unintended makes clear that birth control is used only sporadically by some. There are a number of reasons why this is so, but a chief one is that so many women cannot afford contraception, especially the most expensive—and most effective–methods, such as birth control pills, and long lasting reversible contraception, for example, the newer (and far safer) models of IUDs (intrauterine devices). In short, the same economic disparities that pervade every other area of American life manifest here as well: poor women depend on publicly-funded programs for their contraceptive services, but, according to the Guttmacher Institute, only a little more than half of the 17 million women who need these services currently receive them.

This situation of tremendous inadequacy was supposed to improve considerably. In one of the best pieces of news in the otherwise embattled reproductive health world since the battles over health care reform began, the Obama administration announced last August that it would accept the recommendations of a special panel of the Institute of Medicine and include contraception—including all FDA-approved birth control methods—as part of the basic package of preventative health services that health insurance plans must offer, without co-payments.

Predictably, the August announcement has produced a massive campaign from opponents of contraception, especially the Catholic hierarchy. Though churches in fact have been granted an exemption from this requirement, the U.S. Conference of Catholic Bishops and its allies are pushing for much broader exemptions, for example to universities, social service agencies and other institutions with a religious affiliation—even if these institutions receive public funding. Such a move could potentially affect millions of women, of all religious backgrounds (or none), who work in such institutions.

My young friends who have been involved in the Occupy movement tell me that issues of reproductive justice have been muted, if evident at all, at the various Occupy sites. But as the occupiers put forward their vision of a just society, the old feminist dictum bears repeating: women cannot be full participants in any society unless they can control their fertility. The New York Times quotes the president of the U.S. Conference of Catholic Bishops, reporting on a meeting with President Obama, as saying the latter “was very open to the sensitivities of the Catholic community.” President Obama, please be open as well to the tremendous struggles of women–members of both 99 Percent groups–who are desperate to control their childbearing in very harsh times.

These groups are asking you to join them in telling the White House not to throw women under the bus: