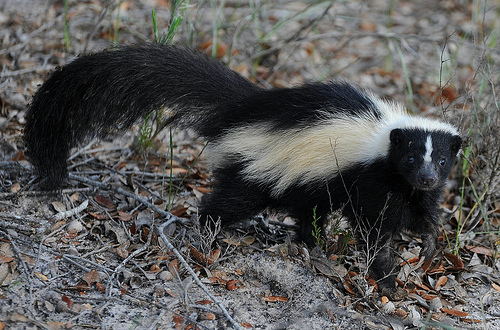 Yesterday, some House Republicans attempted to sacrifice the reproductive-health needs of trafficking victims to political gamesmanship. (Yes, given the players involved, we think gamesmanship is the right phrase).

At GOP prompting, the Oversight and Government Reform Committee held hearings on the administration’s rejection of a grant application from the U.S. Conference of Catholic Bishops (USCCB) in September. The grant, which the USCCB has received in previous years, gave the bishops the authority to dole out government money to local organizations that assist trafficking victims. It used this control of the purse strings to gag grantees from telling victims about reproductive health services such as birth control and abortions–despite the fact that victims of sex and labor trafficking are mostly women and at high risk of rape at the hands of their traffickers.

This year, the Obama administration put its foot down and specifically required that any grant application include provisions to direct victims to “family planning services and the full range of legally permissible gynecological and obstetric care.” Not surprisingly, the Conference’s application did not include these. Therefore, it was not awarded the grant.

Now, the USCCB and its Republican friends in Congress are crying anti-Catholic bias. Oversight committee chairman Rep. Darrell Issa (R-Calif.) accused the administration of creating “a litmus test that Catholics need not apply” and Rep. Chris Smith (R-N.J.) called the decision “an unconscionable abuse of power.”

Ms. magazine first broke the news that the USCCB distributes government grant money for assisting trafficking victims. The  2007 investigative report “The Invisible Ones” warned that the bishops restricted their grantees from providing a full range of services. We took up the matter again in the spring of 2009 when the ACLU sued the government over these contracts, charging that they violated the First Amendment separation of church and state. This is both an important theoretical point–government grantees are not allowed to impose their religious beliefs on others–and one that affects real women’s lives. Traffickers frequently use sex and reproduction as a means of control. These are services victims desperately need.

Sorry, Smith and Issa, but when a contractor fails to fulfill the requirements of an RFP (that’s grant-speak for Request for Proposal), they’re probably not going to win the contract. That’s how healthy, uncorrupt competition works.

Discrimination, however, is most easily identified as a pattern. And between the U.S. government and the USCCB, the pattern shows anything but anti-Catholic bias. As ABC news reports,

Since 2006, USCCB has received more than $2.5 million annually in grants from HHS. More than $650 million has gone from HHS to Catholic groups—primarily Catholic charities and USCCB—in the last three years.