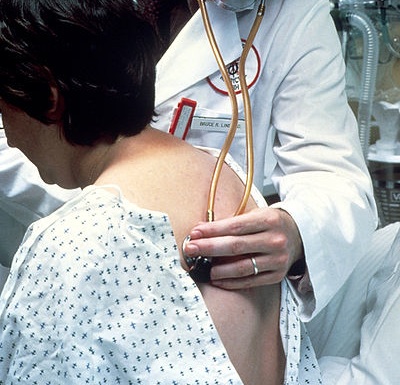 Two years ago this month, Congress finally responded to the American public’s demand for better health care and passed the Affordable Care Act (ACA). I would prefer to celebrate the birthday of this landmark legislation, which conveniently falls during Women’s History Month, by recalling the enormous gains this legislation has made for women. Instead, I wait with bated breath as the U.S. Supreme Court hears oral arguments regarding challenge to the bill, fearful that the Court’s majority–five conservative male justices–could dismantle the rights we fought so hard to secure.

Today, the Supreme Court heard arguments on the constitutionality of the individual mandate (the requirement that everyone obtain health insurance or face a tax penalty), often described as the “heart” of the legislation.

Tomorrow, the Court will hear about a second issue that has received far less attention: a new requirement that Medicaid cover a greater number of those who can’t afford private insurance. Under the new health care law, states must provide coverage in their Medicaid plans for all adults under age 65 with incomes up to 133 percent of the federal poverty level by the end of 2013. Previously, states had to offer coverage to all children in families with incomes below the poverty level and some adults below that threshold. The question before the Court is whether Congress unconstitutionally exceeded its spending power under Article 1, Section 8 of the Constitution when it expanded the Medicaid provision. After multiple lower courts said it did not, this was assumed to be a dead issue–until the Court granted review on this question and thus signaled it may believe Congress overstepped its bounds.

Congress’ intent in passing the ACA was very clear–to eliminate barriers to essential health services and expand health insurance coverage to the 50 million uninsured people in this country. Chief among these barriers to health care access is affordability. In a country that spends on average double the amount per capita than similarly wealthy countries, health care ought to be affordable to all who need it.

Congress also sought to correct gender inequalities in access to health care. The Center for Reproductive Rights, the National Women’s Law Center, and 60 other organizations recently filed a friend-of-the-court brief [PDF] that reminds the Supreme Court that “a major purpose and concern of passing the ACA was improving women’s health and ameliorating the disadvantages and discrimination women have faced in obtaining health care and health insurance.”

The Medicaid expansion provision is critical to Congress’ goal of expanding health insurance coverage to more Americans, especially women. It will extend coverage to 16 million of the 50 million currently uninsured and will disproportionately benefit women because women are more likely to be poor and therefore more likely to rely on Medicaid as their sole source of health insurance. Women–many of whom are women of color–comprise three-quarters of Medicaid’s non-elderly adult enrollees. The Medicaid expansion was purposefully, and rightfully, designed to cover a highly marginalized population that would otherwise not be able to afford private insurance. Under the ACA, women living just above the federal poverty level will be able to access basic health care including essential preventive services like pregnancy care, cancer screenings, sexually transmitted infections, and birth control.

The ACA, and especially the Medicaid expansion provision, is a long-awaited step in the right direction towards eliminating gross health disparities and putting the U.S. back on a path to equal access and opportunity. Opponents have demonized health care reform in an effort to distract the American public from the fundamental rights at stake. Earlier this month Senate Republicans nearly succeeded in eviscerating the ACA through extreme legislation that would have allowed employers to refuse to cover any health service for any moral or religious reason. Fortunately, Congress defeated the measure.

Now, it is the Supreme Court’s turn to reject the false arguments before it that Congress lacks authority to regulate the national health insurance market, or that the ACA unfairly “coerces” states to expand Medicaid. This is not a case of Congressional overreaching. This is a case of government doing exactly what it’s supposed to do—remedying discrimination and ensuring human rights to health and equality for all.

Katrina Anderson is Human Rights Counsel in the U.S. Legal Program of the New York-based Center for Reproductive Rights, a global organization using the law to promote reproductive freedom as a fundamental human right that all governments are legally obligated to protect, respect, and fulfill. Katrina's work focuses on human rights advocacy in the United States.