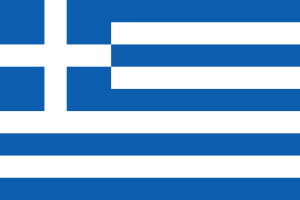 Greece has been a mainstay in the international press as it endures harsh austerity measures in the face of the global economic crisis.  But recent news reports have also focused on a second disturbing reality: At the end of April, Greek police began systematically arresting sex workers, forcing them to undergo HIV testing and posting the names and photographs of those who test HIV-positive on official police websites. The sex workers face criminal charges of intentionally causing ‘serious bodily harm,’ even though there is no evidence they were aware of their HIV status.

The Joint United Nations Program on HIV/AIDS (UNAIDS), Amnesty International, the Global Network of Sex Work Projects and the Global Network of People Living with HIV/AIDS, have all condemned the Greek authorities’ actions as infringements on human rights and discordant with proven public health measures that are successful in preventing HIV transmission. State-sanctioned forced HIV testing of sex workers occurs across the globe, including in the southern African country of Malawi. But in Malawi, something inspiring has happened: Sex workers are fighting back.

It began in 2009, when police officers in southern Malawi raided a bar, arresting male patrons and female sex workers. The police later released all of the men but took the women to the district hospital, where they forced them to undergo HIV tests without their consent. The sex workers who tested HIV-positive were charged with “spreading disease dangerous to life” and, before sentencing, a judge read out their HIV status results in open court. During this period, other Malawian sex workers reported similar instances of forced HIV testing to human rights groups.

The Malawian sex workers involved in these cases could have returned to their homes and swallowed the bitterness of these indignities. Instead, 14 sex workers decided to sue the government and challenge the constitutionality of forced HIV testing. The legal case, among the first of its kind, is making its way, slowly but hopefully, through the Malawi courts.

The human rights organization CEDEP (Centre for the Development of People), which represents the Malawian sex workers, requested help from the human rights legal clinic I direct; my students and I contributed to the case by conducting international and comparative law research on the human rights implications of forced HIV testing.

The results were clear: Because forced HIV testing is physically invasive in nature, it violates the right to bodily integrity and security of the person.  As a coercive and stigmatizing measure that discourages people from seeking voluntary counseling, testing and treatment, forced testing violates the right to the highest attainable standard of health.  And “outings” of individuals’ HIV status without their consent, as was done in open court in Malawi and on police websites in Greece, violate the rights to privacy and dignity, especially because such revelations can lead to stigma, discrimination and even violence.

Greek officials have attempted to justify the forced HIV testing of sex workers by stating that they’re protecting public health after an increase in AIDS cases in the country in the past year. This logic feeds into the stigmatizing notion of women as the main source of sexually transmitted infections and the misguided idea of female sex workers as “vectors of disease” from whom we must protect the general population. Rights-based public health measures should seek to protect all people from HIV infection and provide those who are HIV-positive with the tools to live healthier lives.

As UNAIDS and the Office of the United Nations High Commissioner for Human Rights have argued [PDF], coercive measures in the fight against HIV/AIDS, including forced HIV testing, produce bad public health outcomes by alienating at-risk groups. Mandatory HIV testing breaches medical confidentiality and facilitates stigma and discrimination against people living with HIV/AIDS, therefore discouraging vulnerable groups from seeking out what successfully stems the tide of HIV transmission: voluntary and confidential counseling, testing and treatment. Discriminatory state action like the forced HIV testing of sex workers drives further underground some of the people most in need of public health services that facilitate HIV prevention. It also alienates groups such as sex workers who make fantastic peer educators on HIV.

Our eyes should remain on Malawi as this band of defiant sex workers takes a brave step to affirm their rights and the rights of all people, especially the marginalized, to live free from coercive practices that do not safeguard public health.

You can sign this online petition asking Greek authorities to stop the forced HIV testing of sex workers.

Chi Adanna Mgbako is clinical associate professor and founding director of the Walter Leitner International Human Rights Clinic at Fordham Law School in New York City. She and her students work with grassroots justice organizations on sexual and health rights, access to justice, and women's rights in Africa. She has conducted human rights fieldwork and advocacy in many countries, among them Ethiopia, Liberia, Malawi, Nigeria, Rwanda, Sierra Leone, and South Africa. Her publications have appeared in the global opinion pages of NYTimes.com, the International Herald Tribune, and The Huffington Post. In 2011, the National Law Journal named her to its list of "Top 40 Minority Lawyers Under 40." In 2012, she was honored as Fordham Law School's "Public Interest Professor of the Year."