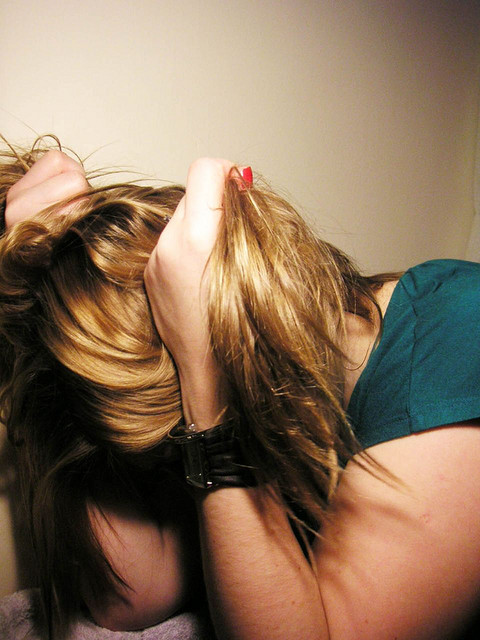 If PMS is a myth, then what on earth can we blame for all the lady-rage?

You may have seen the article in The Star or The Globe and Mail or The Atlantic about the recently published research review by a team of medical researchers who assert that “clear evidence for a specific premenstrual phase-related mood occurring in the general population is lacking.” Judging from the headlines and the online comments, this proposition is surprisingly controversial–probably because the headlines were frequently misleading, suggesting the findings are much broader than they are. Some online commenters are especially angry, insulting the intelligence and methods of the researchers, proclaiming that of course hormones affect moods, as does menstrual pain, citing examples of their own or their wives’ experience.

But Sarah Romans, MB, M.D.; Rose Clarkson, M.D.; Gillian Einstein, Ph.D.; Michele Petrovic, BSc and Donna Stewart, M.D., DPsych–the five medical scholars who reviewed all the extant studies of PMS based on prospective data–did not claim in the now-infamous Gender Medicine review study that PMS does not exist, or that hormones do not affect emotion or mood. The variety of research methods used in other studies prevented them from conducting a meta-analysis–a statistical technique that allows researchers to pool results of several studies, thus suggesting greater impact–so the authors instead looked at such study characteristics as sample size, whether the data was collected prospectively or retrospectively (that is, at the time of occurrence or recalled from memory), whether participants knew menstruation was the focus of the study and whether the study looked at only negative aspects of the menstrual cycle. Although their initial database searches yielded 646 research articles dealing with the menstrual cycle, PMS, emotions, mood and related keywords, only 47 studies met their criteria of daily prospective data collection for at least one full cycle.

So let’s be fair, angry online commenters (and careless journalists): The researchers aren’t telling you menstrual pain is all in your head, or that your very real period pain won’t affect your mood. Sarah Romans did tell James Hamblin of The Atlantic,

The idea that any emotionality in women can be firstly attributed to their reproductive function—we’re skeptical about that.

Rightly so–feminists have been saying this for decades. Feminist critiques of PMS as a construct point to both the ever-increasing medicalization of women’s lives and the dismissal of women’s emotions, especially anger, by attributing them to biology.

Part of what makes PMS difficult to study, and difficult to talk about, is the multiple meanings of the term. In the research literature, there are more than 150 symptoms–ranging from psychological, cognitive and neurological to physical and behavioral–attributed to PMS. There is no medical or scientific consensus on its definition or its etiology, which also means there is no consensus on its treatment.

In everyday language, its meaning is even more amorphous. Some women and girls use PMS to mean any kind of menstrual pain or discomfort, as well as premenstrual moodiness. Some men and boys, as well as some girls and women, use it to diminish a woman’s or girl’s emotions when they disagree with her, or want to dismiss her opinions, or are embarrassed by her feelings.

Even researchers are influenced by entrenched cultural meanings. Romans and her colleagues observed that none of the 47 studies analyzed variability in positive mood changes, which they attribute to biases of the researchers. Many women have reported anecdotally that they feel more energetic, more inspired or other positive feelings during their premenstrual phase, but this is seldom studied or regarded as a “syndrome.” Romans and colleagues note that most measures of menstrual mood changes only assess negative changes, so even if positive changes are occurring, researchers are missing them. They also cite research indicating that both women and men tend to attribute negative experiences to the menstrual cycle, especially the premenstrual phase, and positive experiences during the premenstrual phase to external sources.

Romans and her colleagues do not deny the existence of menstrual pain, or even the existence of PMS. What their study shows is that very few women experience cyclic negative mood changes associated with the premenstrual phase of their ovulatory cycle. PMS is not widespread, and the authors are careful to distinguish it from premenstrual dysphoric disorder (PMDD), which is rarer still. As Gillian Einstein, one of the researchers, told the Toronto Star, “We have a menstrual cycle and we have moods, but they don’t necessarily correlate.” She did not add, but I will, that it it is unfair and unreasonable to assume that every woman’s moods should be attributed to her menstrual cycle and to refuse to take her feelings seriously.

Cross-posted from re:Cycling, blog of the Society for Menstrual Cycle Research.