Want to Live in a Gender-Equitable Country? Move to Scandinavia. - Ms. Magazine
Skip to content 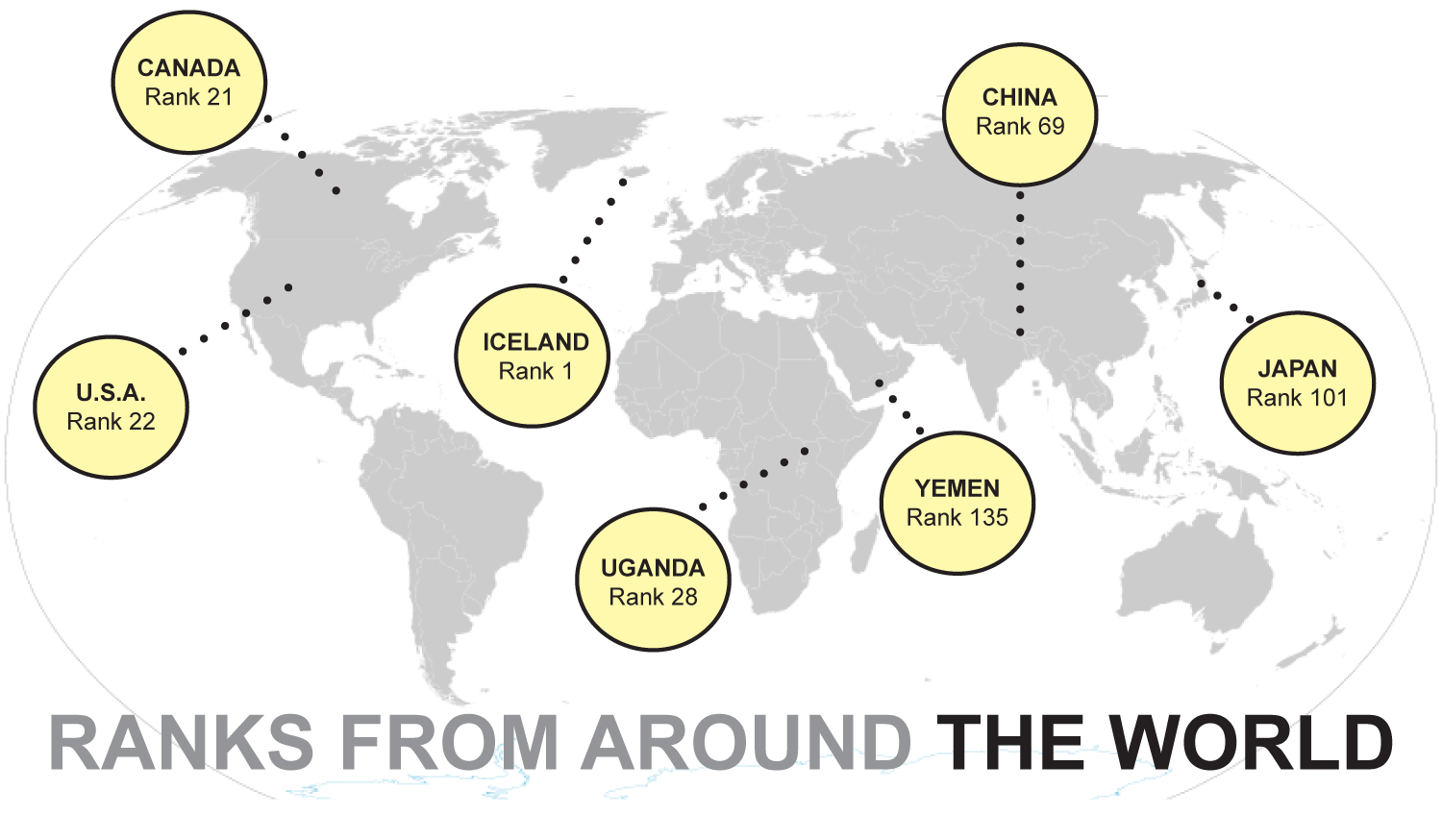 Conducted by Ricardo Hausmann of Harvard University, Laura D. Tyson of the University of California at Berkeley and Saadia Zahidi of the World Economic Forum, the report assesses 135 countries (comprising 93 percent of the world’s population), scoring each on how well its resources and opportunities are divided among women and men. First published in 2006 and conducted annually since, the report measures gender inequality in four areas: economic participation and opportunity (including salaries and highly skilled employment), education attainment, health and survival (life expectancy and gender ratio) and political empowerment.

Utilizing data from organizations including the International Labour Organization, the United Nations Development Programme and the World Health Organization, each country was given a score [PDF] of 0-1 in each of these four areas. The score corresponds with the percentage of the gender gap that has successfully been closed, “1” meaning there’s no gap at all.

For example, in the United States, women and men have equal opportunity in terms of pursuing higher education, so the U.S. receives a score of 1 in this category. However, women in the U.S. are underrepresented in the political realm, ranking it 55th among the 135 nations studied. (After each country is given a score and rank in all four categories, it is given an overall ranking in comparison with the rest of the countries.)

The lack of women in positions of political power in the United States is largely responsible for its less than stellar ranking: Currently, women only fill 90 of the 535 seats [PDF] in the U.S. Congress (a measly 16.8 percent). Top-ranking countries boast a much better representation of women in politics; for example, Iceland elected its first woman prime minister (and the world’s first openly gay leader) in 2009, and women have long held political power in Denmark.

The U.S. is not the only superpower to fare relatively poorly in comparison to its less wealthy counterparts. China, also one of the top economies in the world, is ranked 69th overall, with relatively low scores in educational attainment (ranking 85 of 135) and in health and survival (ranked, miserably, 132). Imagine: If women in China are not provided equal access to education and are much less healthy than men, what are their hopes of diminishing the gender gap in economic performance and political empowerment? Japan is another highly developed country in which women fare notably badly: It ranks 101st out of the 135 countries, with women still having less access to education than men.

There’s good news as well: Though no country has yet closed the gender gap entirely, the report concludes that significant worldwide progress has been made over the past six years. Ninety-six percent of the gap in health outcomes and 93 percent of the gap in educational opportunities worldwide have been closed, including in less-wealthy countries such as the Bahamas and the Philippines, both of which received the maximum possible scores in both of categories and ranked 37th and 8th overall.

In addition to education and healthcare gaps being nearly eliminated, 60 percent of the gap in economic participation and 20 percent of the gap in political empowerment has been closed. The four highest ranked countries–Iceland, Finland, Norway and Sweden–have closed more than 80 percent of their overall gender gaps. The lowest-ranked country in the study, Yemen, has only closed slightly over half its gender gap, yet its progress is still significant considering how much worse its situation was in 2006.

Very few countries have regressed compared to their own scores, in fact: Between 2006 and 2012, 88 percent of countries have improved  and just 12 percent have backslid. It is particularly encouraging to note progress in developing countries such as Uganda, which ranks 28th overall this year.

The conclusion of this report reiterates [PDF] what feminists have been arguing for decades: “In order to maximize competitiveness and development potential, each country should strive for gender equality–that is, should give women the same rights, responsibilities and opportunities as men.” The authors also hope to see a gradual shift in national policies to emphasize gender equality.

So, what would it take for countries such as the U.S. to reach what has been achieved in Scandinavia? For most developed countries, the answer is politics. If women are underrepresented in power structures, then we are underrepresented in decision-making processes. We need more stories like these to ensure our voices are being heard. Perhaps the day the U.S. follows in Iceland’s footsteps and elects its first female president will be the day we begin to finally abolish the gender gap that has plagued this country long enough.