This weekend, Kerry Washington will be hosting Saturday Night Live, a move many suspect is a reaction to SNL’s recent controversy surrounding women of color in comedy. Recently, SNL cast member Kenan Thompson blamed the show’s lack of black female comedians on their absence from the industry. “It’s just a tough part of the business,” Thompson told TV Guide. “Like in auditions, they just never find ones that are ready.”

SNL has had only four black female cast members in its history, the most recent of whom left the show seven years ago. The cause for this discrepancy is not the nonexistence of funny black women, it’s an issue of where SNL is looking for talent. As Lily Rothman at Time writes, “It’s also likely that larger comedy-sphere issues are affecting SNL‘s casting problems–two-thirds of this year’s new cast members come out of the Upright Citizens Brigade world, one that has race issues of its own. UCB’s classes are expensive.”

Considering black women earn just 64 percent of what white men earn on average, it is not surprising that SNL is not finding many black female comedians in the places they’re looking. But instead of blaming black women for not accessing this sphere, SNL should instead change where it’s looking–and start looking online.

Web series have been flourishing with the original creations of black female comedians in the past few years. Online, these comedians have the freedom to share their experiences in a way mainstream media doesn’t allow.

One black female comedian who has utilized the web to share her comedy is Azie Dungey, creator of the YouTube series “Ask a Slave.” Based on her time working as  an actor portraying a slave at Mt. Vernon, Dungey takes on the character of that slave to answer real visitors’ questions and address modern-day racism.

“The way I dealt with that experience was to find the humor in those interactions I had,” Dungey told the Ms. Blog:

When we look at the black experiences, and anyone who’s oppressed, people often turn to comedy to alleviate some of the pain. I think satire is a really great way to address social ills because …  comedy breaks down your defenses. It makes you more vulnerable to receive the information.

Dungey transitioned from theater to the TV world recently, and has been struck by the limited opportunities for women of color and the widespread stereotypes reinforced by available roles. To enter the business, Dungey has found that casting directors need to relate you to somebody else; you need to find a successful actor to emulate. Said Dungey,

When you can’t find somebody of color that’s like you, you start to feel invalidated. You start to wonder where you fit or if you do fit.

Dungey remembers seeing an ad in a casting service that asked for a black woman who “must speak fluent ghetto.” ”

At least with that one they came out and said it,” she said. “A lot of the times they’ll use the word ‘urban’ to couch what they’re trying to say.”

Dungey sees these stereotypical roles as one aspect that may hold black women back from mainstream comedy:

The problem to me isn’t the stereotype itself, it’s that that’s all we see of black women, and that informs how we treat black women, because these images are powerful. I’m asking for more variety of representation of black women and women in general.

Dungey isn’t waiting for this variety of representation in more mainstream media such as SNL; instead, she and many other women of color have turned to the Internet to express their experiences:

It’s groundbreaking what the web has done for women of color and actors in general. Anybody with any budget can create work. That has definitely made it so that little black girls can see themselves more often, can seek out creators who look like them and [are] talking about stories that they connect to.

Another black woman comedian is Issa Rae, creator of web series “Awkward Black Girl,” who has been working with Shonda Rhimes to turn her award-winning series into a TV show. SNL could easily follow Rhimes’ lead and pay attention to the hilarious black women online–but black women aren’t waiting around for mainstream recognition. Instead, they’re continuing to work on web series that give them agency to share their creativity and their lived experiences.

Dungey is now working on an improv web series called “Amazie” with fellow comedian Amani, creator of  “The United Colors of Amani” about her experience as a biracial actor in Hollywood. Dungey has also begun her own vlog and is also in the process of funding a second season of “Ask a Slave”–which you can help fund here. Despite her success online, Dungey hopes that mainstream media will soon follow suit in showing more authentic representations of black women:

If SNL makes a serious effort to include more black women comedians among its regular players, it could be an important step in breaking down harmful stereotypes and making dreams such as Dungey’s come true.

Rachel Grate is studying English and Feminist, Gender and Sexuality Studies at Scripps College. She writes regularly for PolicyMic, Ms. and MissRepresentation.org, and you can follow her on Twitter @RachelSGrate. 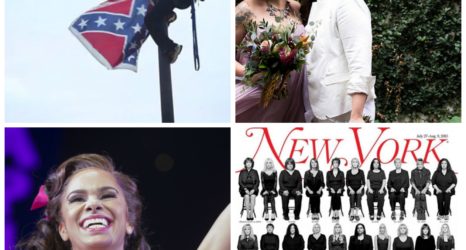