Back to the Big House - Ms. Magazine
Skip to content

As avid fans know, the second season of Netflix’s hit show, Orange is the New Black, has been released. The series is a fictionalized version of the real-life story of Piper Kerman, an upper-middle-class white woman who was sentenced to over a year in prison for committing a drug-smuggling-related crime 10 years earlier. Piper Chapman serves as the central character in the show, while the lives of other inmates (and some staff members) at Litchfield Penitentiary are revealed around her.

With compassion and a dry sense of humor, the series tells the complicated and diverse stories of women typically underrepresented in the media. Notably, it doesn’t shy away from issues relating to race, sexuality, class, religion, gender identity/expression, mental health and, in the new season, age.

Most of the first season revolved around Piper’s struggles with her identity and relationships with her family, her fiancé and the other inmates, including Alex, the ex-girlfriend who asked her to smuggle drug money. In one particularly poignant episode, in which corrections officers ask Piper and several other inmates to use scare tactics on at-risk girls, Piper confronts a wheelchair-using teen’s apathetic behavior:

I can’t get through this without somebody to touch, without somebody to love. Is that because sex numbs the pain? Or is it because I’m some evil fuck-monster? I don’t know. But I do know, I was somebody before I came in here. I was somebody with a life that I chose for myself. And now, now it’s just about getting through the day without crying. And I’m scared. I’m still scared. I’m scared that I’m not myself in here, and I’m scared that I am. Other people aren’t the scariest part of prison, Dina, it’s coming face-to-face with who you really are. Because once you’re behind these walls, there’s nowhere to run, even if you could run. The truth catches up with you in here, Dina. And it’s the truth that’s gonna make you her bitch.

A main criticism of the first season was that the show needed Piper, a white woman, as the central figure in order to “sell” the show and “market” the stories of women of color, but this season she is absolutely less of a focal point. Additionally, Season Two works harder to represent minorities sensitively, so the characters are fleshed-out rather than just comedic stereotypes. Even the most hated and truly terrible of them are nuanced and well-rounded.

For example, Sam Healy, the prison counselor who left Piper to die in Season One, attempts to redeem himself in Season Two but is set back by his own anger and loneliness. The reprehensible Natalie Figueroa, assistant to the warden, is revealed to have a troubled marriage and an unfulfilled desire for motherhood. While critics of the series sometimes reprimand the writers for making awful characters sympathetic (most notably, Mendez/Pornstache, who terrorizes the inmates and covered up his involvement in an inmate’s overdose in Season One), it is commendable that everyone has a story and nobody is simply evil.

Similarly, characters who are meant to be sympathetic and loveable all have reprehensible characteristics as well. Lorena Morello, a sweet white woman who constantly obsesses over her upcoming wedding, is shockingly racist. Taystee, an extremely intelligent (but goofy) black woman who works in the prison library, makes transphobic statements about Sofia Burset, another black inmate (played by the fantastic Laverne Cox). Many of the inmates also make ageist remarks about older inmates. However, the show simply presents these moments without judgment or approval.

One problematic aspect of the new season is the shockingly callous way that sex and relationships are portrayed. Two inmates wind up having a contest to see how many women they can have sex with, and Piper tries to deceive and “sell” her annoying bunkmate to one of them. Additionally, it is revealed in a flashback that Piper and Alex started seeing each other while Alex was in a relationship with another woman. Ignoring this, Piper pursued her more intensely and wrote off the girlfriend as a “psycho.” Again, however, none of these moments are romanticized or applauded; instead, the audience is meant to decide for themselves how to feel.

If the first half of Season One is the R-rated fairy tale plot exposition and the second half sees the characters realize there is no happily ever after, then the second season is about the characters coping with these changing expectations and trying to find fulfillment in other ways. The first season romanticized a relationship that is legally rape: A corrections officer and an inmate began a relationship that resulted in an unplanned pregnancy. However, Season Two further complicates their relationship and explores the fact that neither of them knows what will happen to their child while the inmate finishes her sentence. Much of Season One also romanticized Piper and her fiancé’s train wreck of a relationship, but both the second half of Season One and the entirety of Season Two acknowledge their incompatibility.

Although there are valid criticisms of the show—including the sexualization and objectification of minor background characters (most of whom are not white), such as the anonymous victim of a shanking—OITNB admirably tackles difficult topics and depicts women of color, queer women, lower-class women and a trans woman. And it covers everything from vaginas (one episode is called “A Whole Other Hole”) to mental health (two popular characters are revealed to be delusional) to prison reform. The second season of Orange is the New Black is an engaging expansion of an already-enjoyable first season, and is absolutely worth marathoning. 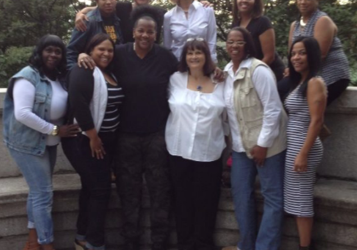 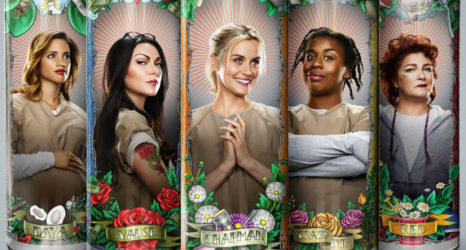