We Must Help Girls and Young Women Advocate for Their Health—and Themselves - Ms. Magazine
Skip to content

It’s a fact: Being a young woman in this world is so hard. As the founder of a women’s health company, it’s my observation that the difficulty is in large part a result of the messages (and lack of certain messages) we send young girls about their bodies. And more specifically, there’s a huge deficit in the number of young women actively advocating for their health.

Women already have a raw deal when it comes to healthcare: Studies have shown that doctors across the board have a tendency not to take women’s pain seriously, undertreat them when they do mention symptoms and take a longer period of time to actually give them medication. Couple that with a woman’s age—“Oh, she’s 10! She’s overreacting!”—and it’s no wonder that so many young women and girls not only don’t get the help they need, but grow up thinking that they don’t deserve it in the first place.

But even before women attempt to access care, the knowledge they gain about their health and their bodies is basic at best. Most girls learn that there are going to be changes to their bodies—breast development, hair in new places and menstruation. (Many women I’ve spoken with over the years remember the moment they got that talk, and it usually involved a female family member handing them a box of tampons or pads and providing some cursory information.) What girls don’t get very much detail about is what those changes should and shouldn’t feel like. For example: Lumps in your breasts aren’t good; infected or ingrown hairs aren’t good; period cramps that are so bad you stay crumpled up on the floor for five days aren’t good. And to top it off, mental and emotional health are rarely part of the conversation.

But young women and girls don’t have to “just deal with it.” They have agency and opportunity to speak up and say what’s bothering them. But of course, saying that advocating for one’s health is important and doing it are two completely different things. Plus, so many adult women already don’t take charge of their health—so what’s the younger generation to do?

In my book HelloFlo: The Guide, Period, I strive to make health and wellness as easy as possible for young girls to understand. By getting this messaging out to them early—that their bodies are going through changes but they can still feel in control—I hope that we’ll see a way better-informed generation.

Self-care and advocacy for girls and young women starts with the basics, like normalizing the changes they’re seeing and breaking down what’s happening to their bodies so that the process is less scary. PMS feels so different to every person who has a period—some experience no symptoms, while others may be taking medication and lying in bed for several days every month—but while a little bloating and cramps are expected, writhing in pain every 30 days is absolutely not something that a young girl should feel like is just “how it is.” She should seek medical assistance, and adults should believe her when she says she’s in serious pain.

This mission of self-advocacy also means educating young women on topics that aren’t necessarily fun to hear about, like doing breast self-exams to detect breast cancer or considering seeing a therapist if there are mental health concerns. Those are tough calls, but no one’s going to make them for young girls—and they won’t know that it’s their right unless we tell them.

The last big question, of course, is what we can all do going forward. An obvious step is taking care of yourself first and foremost to lead by example. Young girls copy what they see; if they notice older women they look up to openly discussing their health and what they’re doing to address problems, girls will do that, too. But on top of that, it’s about combating the messaging that these girls are getting elsewhere: Point out harsh stereotyping and inaccurate information, and encourage young women to buck the trend and take care of themselves.

We need young women and girls—now and in the future. Their health, and the questions they’re never told to ask, shouldn’t stop them.

Naama Bloom is the founder and CEO of HelloFlo.com. She is a 15-year-plus marketing leader with a significant track record of building high-performing teams, launching and managing brands, customer acquisition, PR and direct marketing. In 2013, she launched HelloFlo with the goal of empowering women and girls to celebrate all stages of their life, from puberty to menopause. Naama holds an MBA from Cornell University and was recently named to AdAge’s Creativity 50 for 2014. 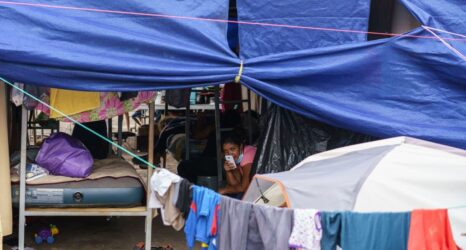