Prison Rape. Can It Be Stopped? - Ms. Magazine
Skip to content 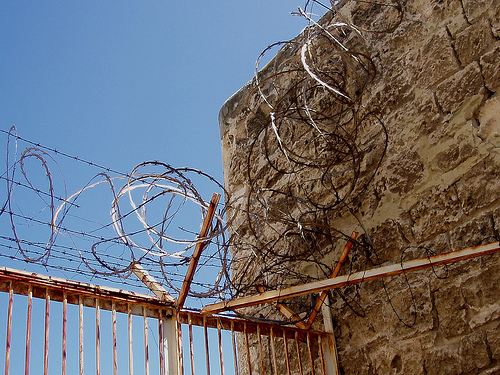 “I was sentenced to spend 18 months in prison as punishment for my crime. Rape was not part of that punishment,” said Marilyn Shirley in testimony before the Prison Rape Elimination Commission, established by Congress in 2003.

Shirley, a 42-year-old mother and wife, was brutally raped and sodomized by Michael Miller, a senior guard at a federal prison in Texas where she was serving time for an illegal drug sale. Like most women raped in prison, Shirley kept quiet, fearing retribution. But she saved the semen-stained sweat pants she was wearing that night, handed them over to the FBI when she was set free, and now Miller is serving 12 1/2 years in federal prison, a rare punishment for such a crime.

There are more than 200,000 Shirleys in federal, state, local jails and immigration detention centers today, all living in fear of rape from male guards who subject them to random full-body searches and watch them constantly, even in their most private moments in the shower and on the toilet. It is a recipe for rape, said commission member Brenda Smith, a law professor at American University, in a 2008 interview for a Ms. article. Smith said then that only female guards should be allowed to have intimate contact with women inmates.

Once rape happens, the woman is on her own; there is no prison health care or therapy to deal with the trauma of the attack. Help, however, may finally be on the way, thanks to human-rights advocate groups such as Just Detention International (formerly Stop Prison Rape).

Just Detention brought dozens of prison rape victims to Washington in 2003 to tell their stories to senators and representatives. That year, Congress passed the National Prison Rape Elimination Act, the first such law to specifically address rape and sexual assaults in the nation’s prisons and immigration centers. It is a work in progress.

The law requires all places of forced confinement to file annual reports to Congress and the Department of Justice on the numbers and types of sexual crimes reported at their facilities, and to implement national standards designed to prevent rape and all forms of sexual abuse or face the loss of federal funds. The reporting requirement took effect immediately, but it has taken seven years for the standards–developed by a bipartisan commission with input from victims, corrections officials, criminal justice experts and prison-reform advocates–to be ready for public comment.

However there’s little room for comment. The 256-page report [PDF] was released  a year ago and must be finalized by Attorney General Eric Holder by this coming June 23 —but the public comment period didn’t begin until March 10 and will be cut off on May 10. Because of that short time frame and other road blocks against the standards that have been thrown up by cost-concerned corrections officials,  Darby Hickey, communications director for Just Detention, says that Holder’s target date likely won’t be met, denying prisoners the protection they need even longer.

One proposed standard that advocates say will not only be humane but a cost-saver in the long run is opposed by the officials as too costly now:  that the prison provide “ongoing medical and/or mental health evaluation and treatment to all known victims of sexual abuse … [including] follow-up services … ” In response to the objections, Holder has commissioned a “cost projection study” of what the standards will cost–as opposed to a cost-benefit analysis, which was recommended by the commission.

Most prisoners eventually return to their families and their communities. If they are not protected from rape in prison or treated properly if it occurs, they bring suppressed traumas and, often, sexually transmitted diseases home with them. The costs will then be borne, financially and emotionally, by their families, their children and the larger community.

Strangely enough, there is one benefit found in federal prisons that is not always available to women who have been raped in state jails or immigration detention centers: choice in case of pregnancy. Bureau of Prisons’ policy, which follows the Hyde Amendment, will not allow  federal funds to pay for abortion except in cases to save the life of the mother, rape or incest. It can be argued that any woman in a federal prison who becomes pregnant by a male in authority over her is a rape victim, because there is no such thing as “consensual sex” in a prison.

If you have a comment on the proposed regulations, you can submit it here [pdf].