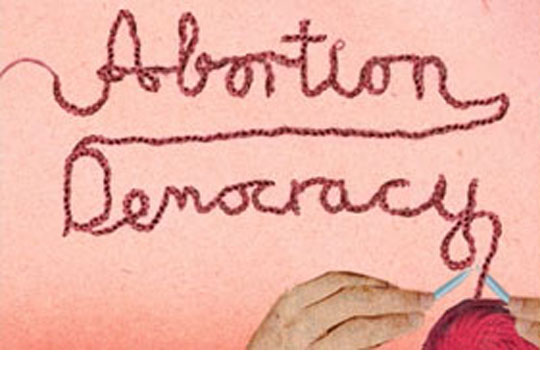 Sarah Diehl’s documentary Abortion Democracy: Poland/South Africa contrasts two countries that made big decisions about abortion rights in the 1990s. Poland criminalized abortion in 1993; South Africa legalized it in 1997. Yet, strangely enough, in Poland where the procedure is illegal, it is very easy to find abortion doctors, who even advertise in newspapers. In South Africa, though, almost no doctors perform abortions.

Access to abortion in Poland, while prevalent, is also expensive. Diehl interviews Alicja Tysiac, who needed an abortion after learning that continuing her pregnancy could have caused her to go blind. She didn’t have the money for an illegal abortion, however, and no hospital would perform the procedure (which can be done legally only when a woman’s health is in danger or the pregnancy resulted from rape or incest). Tysiac was forced to go through with the pregnancy, which put her eyes in worse condition, but she successfully sued the government afterward.

In South Africa, a woman of any age can get an abortion, no questions asked, if she is less than 12 weeks pregnant. For the next seven weeks of pregnancy, the rules are more stringent but still allow leeway: If she is between 13 and 20 weeks pregnant, a woman can get the abortion if her own physical or mental health is at stake, the baby will have severe mental or physical abnormalities, the cause of pregnancy is rape or incest, or the expectant woman is of the opinion that her economic or social situation is sufficient reason for the termination of pregnancy. When the pregnancy passes 20 weeks, women can only get abortions in South Africa if her or the fetus’ life is in danger, or if there are likely to be serious birth defects.

As 80,000 women die from illegal, unsafe abortions every year worldwide, Abortion Democracy illustrates the need for laws both protecting abortion and allowing for safe, convenient access to the procedure. The documentary shows that while countries can outlaw abortions, they can’t remove the need for them.

Diehl had no outside funding for Abortion Democracy, shooting the movie on a portable camera with her own funds. She will be starting a blog to network pro-choice people in the European Union in the near future; look for a guest appearance from her on the Ms. blog as well.

Diehl talks about the film:

The DVD is available by e-mailing Diehl at sarah.diehl@yahoo.de