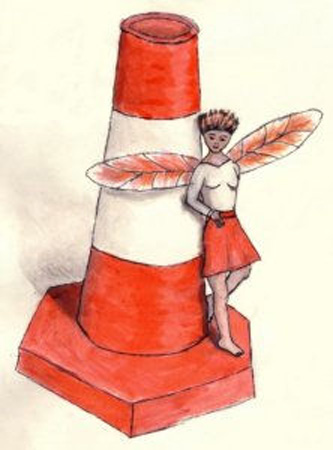 I humbly invite all women to take a health inventory in the area of personal safety, for themselves and their loved ones, in honor of National Women’s Health Week. Raising your awareness of personal safety issues is my job as the self-dubbed and appointed Safety Godmother. Fundamentally, I want you to take a self-defense class or, if it’s been years since your last one, a refresher.

At a recent screening of Disney’s 1959 classic Sleeping Beauty, I was reminded of how the good fairy godmothers were role models for me as a kid: funny, generous and kind. Now that I’m an adult, I have become a godmother of sorts too. However, instead of the gifts of beauty, song and wit I would add my gift of “safety.” Thus my Safety Godmother persona.

To every woman and girl during this National Health week I would take my magic wand and give you the gifts of:

1. Permission and practice in saying “No” when you mean “No.” Mahatma Gandhi, who, by the way, depended thoroughly on the counsel of female advisors, said,

A ‘no’ uttered from deepest conviction is better and greater than a ‘yes’ merely uttered to please, or worse, to avoid trouble.

If I had a magic wand, I’d give myself funding to study the health risks associated with the stress carried by women and girls who can’t or won’t say “No.” People-pleasing, while not entirely the sole province of our gender, is something that many of us have had to perfect in order to maintain all sorts of things: jobs, households, outrageous demands on our time and bodies. We also need permission to say “No” to our own unreasonable, exhausting demands on ourselves.

2. Mandatory personal safety classes starting as soon as we learn traffic safety rules. I teach kids self-defense starting at age 6 via the nonprofit IMPACT Personal Safety in Los Angeles. These kids take to “people safety” rules like ducks to water. We layer age-appropriate coaching on setting verbal boundaries, practicing getting help and then, as a last resort, how to strike and flee from the worst-case scenario: a dangerous predator, who may be someone she or he knows. Oh, but doesn’t that scare the kids? No, we find that over-protection can be more damaging to children and more terrifying in the long run. Kids hear the gossip on the playground about violent crimes but don’t receive the tools to help themselves. Many kids have a level of fear that is there regardless of parental control. Years ago, Irene van der Zande–one of my mentors in the personal-safety world–told me that one day she was lamenting the state of the world after returning from a self-defense class, tears in her eyes about having to teach kids self-defense skills. Her small daughter comforted her by saying, “It’s OK, Mommy. In the old days, we would have been running from dinosaurs!”

3. The debunking of self-defense fallacies. When I tell people I teach self-defense, I get all sorts of reactions. The most common response? “Gee, I better not mess with you!” While, yes, it’s a bad idea to mess with me for all sorts of reasons, the reactions I get reveal a common misperception about self-defense skills. I teach these skills so that my students, regardless of age or gender, won’t ever have to fight at all. Paradoxically, once you learn how your body can be used to protect you, the chances are slim you’ll ever have to use those skills. Similarly, we teach drivers to drive defensively to avoid accidents. I teach self-defense so that women in particular can learn to listen to their intuition when it says, “This situation is not good; I’m leaving,” instead of saying, “I am just imagining things.” Almost every survivor of violence I’ve spoken to says something like, “I just didn’t want to believe he was about to… (fill in the blank)” or “I didn’t want to hurt his feelings.”

4. The knowledge that knowing self-protection is not a “gendered” trait. As the late great feminist Flo Kennedy put it,

There are very few jobs that actually require a penis or vagina. All other jobs should be open to everybody.

It’s your job to protect yourself. That’s good and bad news. The bad news: There are people out there who use force to get what they want. The good news: You are always with yourself. The best police service takes several minutes to get to you if you’re dealing with a violent attack; you need to know the basics of taking care of yourself during, not just before or after an attack.  And every person, if they are taught, can learn self-protection basics. Will this work every time? No, nothing works every time. But the notion that women are inherently unable to defend themselves is balderdash, a fallacy that protects only predators.

If you encounter a growling dog on the street, what do you do? You avoid it, of course! You don’t first wonder if it’s female or male, or if its bark is as bad as its bite. As the Safety Godmother, you could say I’m devoted to teaching women and girls to use their growl–and their bite, if need be. Stay safe, and you’ll stay healthier.